A popular test claims to boost IVF success. The science is unclear

The test, called an endometrial receptivity analysis, takes a biopsy of the interior lining of the uterus and analyses the tissue for more than 200 genes to predict the best time to place the embryo in the uterus, according to the test's manufacturer, Igenomix 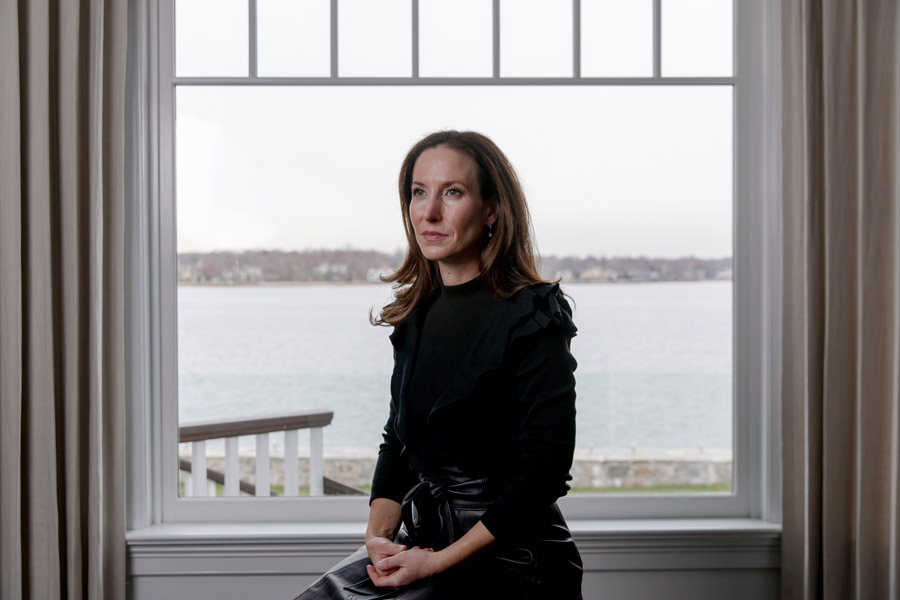 Nathalie Carpenter, who used an endometrial receptivity analysis ahead of two in vitro fertilization cycles, in Old Greewich, Conn. on Nov. 30, 2021. A study that compared live birthrates for first-time in vitro fertilization patients who underwent an expensive analysis that is supposed to predict the best time to place the embryo to patients who did not use the analysis found no difference in the chances of achieving an ongoing pregnancy. (Yehyun Kim/The New York Times)

For patients undergoing in vitro fertilization, there is a common test to help determine the best time to transfer the embryo for a successful pregnancy. But new research has patients and doctors questioning whether the test — one of a growing number of expensive “add-ons” for IVF patients — is effective for first-time patients.

The test, called an endometrial receptivity analysis, takes a biopsy of the interior lining of the uterus. Then a lab analyzes the tissue for more than 200 genes to predict the best time to place the embryo in the uterus, according to the test’s manufacturer, Igenomix.

The study, whose findings were published in September, compared live birth rates for first-time IVF patients who had the endometrial receptivity analysis with those who did not, and researchers found no difference between the two groups. In other words, the test does not improve chances of achieving an ongoing pregnancy in first-time patients, according to the findings.

The research, which was sponsored by Igenomix and has not been peer-reviewed or published in full, also noted that more studies were needed to assess whether the test could be beneficial for patients who have had multiple failed transfers. The study was led by researchers from Shady Grove Fertility, which has more than 40 clinics across the United States.

“It doesn’t improve the live birth rates for all women,” said Dr. Nicole Doyle, the study’s lead researcher and a reproductive endocrinologist at Shady Grove. “We had hoped for better results, but from a cost benefit, it’s not worth it,” she said of the test, which can cost patients up to $1,000.

“This type of study should have been done earlier,” said Dr. Eric Forman, medical and laboratory director at Columbia University’s Fertility Center. He said the test had been used tens of thousands of times in the United States since it became available in 2011.

Some clinics offer the test for all patients, while others recommend it for those with failed cycles. Many patients request the test after reading about it in online forums.

The patients each had one embryo transferred; half used the test and the other half did not. The results found that just over 54% of the group that used the test had an ongoing pregnancy, compared with just over 63% of the control group.

Igenomix said in an emailed statement that despite funding the research, the company had not had access to the raw data and was waiting for it to be published in a peer-reviewed journal before commenting on the results.

The company, which was acquired by Vitrolife in July, said 25 other studies — 16 internal and nine independent — supported use of the test. In reality, the existing body of data shows mixed results about the test’s effectiveness.

A randomized clinical trial sponsored by the company in 2020 used a sample of mostly first-time patients, with some who had experienced up to a few failed attempts. The trial concluded that those who used the test had a “significant improvement” in live birth rates, but did not differentiate between first-time patients and those with previous failed transfers. Some scientists have also criticized the study’s methodology as flawed.

The Igenomix statement said that given the latest Shady Grove study, more research was needed to determine whether the test “could be clinically useful in all patients at the first appointment.”

Doyle and her team’s findings underscore critics’ ongoing concerns about the need for greater regulation of the IVF industry.

“It’s both irresponsible and unethical for clinics to sell IVF add-ons that are scientifically unproven,” said Pamela Mahoney Tsigdinos, a patient advocate and the author of “Silent Sorority.”

While the test is certified and regulated by the Centers for Medicare and Medicaid Services, it is not approved by the Food and Drug Administration. The endometrial receptivity analysis is considered a laboratory-developed test, according to Igenomix, a category that can bypass FDA scrutiny. (This same loophole allowed Theranos, the blood testing startup founded by Elizabeth Holmes, to evade the agency’s oversight. Holmes is on trial for fraud charges.)

IVF is a costly endeavor with no guarantee of success. A single IVF cycle can exceed $20,000, according to data from FertilityIQ, a company that provides reviews of fertility clinics. Most people need at least three to four IVF cycles to be successful.

There were almost 330,000 assisted reproductive technology cycles (which includes IVF and egg freezing) performed in the United States in 2019, according to preliminary data from the Centers for Disease Control and Prevention, with nearly 78,000 patients giving birth.

“IVF has reached maturity as a technology, and we’re approaching the limits of its efficacy,” said Dr. Andrea Vidali, a reproductive immunologist and repeat-miscarriage specialist in New York.

He believes that add-ons like the endometrial test are a result of an industry focused on “troubleshooting IVF failure.” He said doctors adopted the test because “patients don’t want to be told they have unexplained infertility when they ask for a reason as to why their IVF transfer failed, and they are looking for answers.”

Patients undergoing IVF are presented with a list of add-ons “with no ability” to assess the value, according to David Sable, a venture capital fund manager and reproductive endocrinologist.

In light of the new research, some fertility doctors are reconsidering the test’s use on first-time patients, while other doctors are further dissuaded from using it at all.

“We have always discouraged the ERA test,” said Dr. Peter Klatsky, a founder of Spring Fertility, which has clinics in California, New York and Vancouver, British Columbia. He has observed the test’s popularity grow in recent years.

“This study makes it easier to explain why we do not recommend this test when patients have read positive testimonials online,” he said.

Tweets by @forbesindia
This moment in time: Responsible capitalism
Why Japan's drivers are struggling to embrace electric cars, despite their love of hybrids