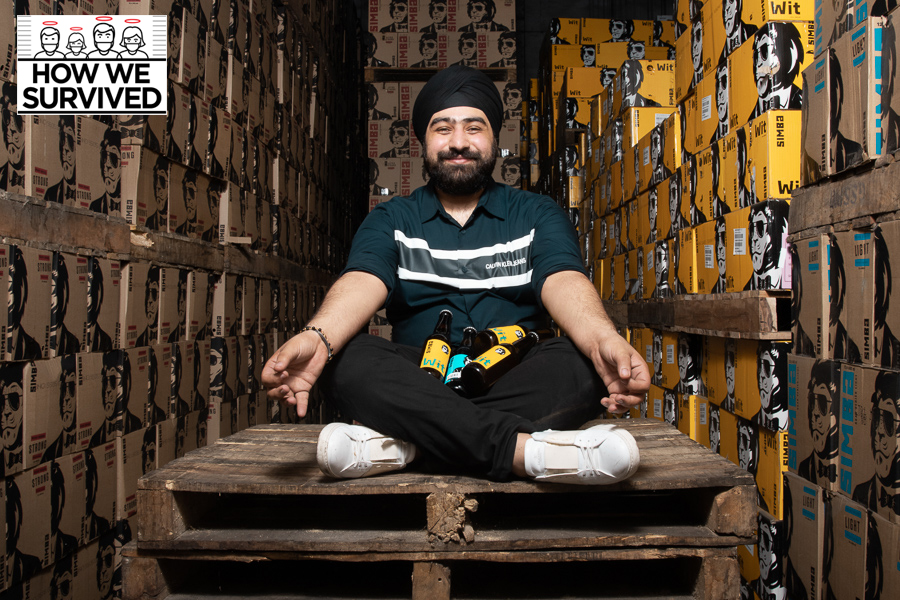 'How We Survived' is a series of stories on businesses—big and small—that innovated or pivoted during the coronavirus crisis to survive. For all the stories in this series, click here

Prabhtej Singh Bhatia was blighted with 80/20 eyesight. You can’t blame him though. When the alcoholic beverage segment in India is intoxicated with heady phrases like ‘make it large’ and ‘big is better’ one usually tends to look at the bigger picture, oops the bottle. The focus invariably is on 80, not 20. The legendary Italian economist, sociologist, and philosopher—Vilfredo Federico Damaso Pareto—however, thought otherwise. The 80/20 rule propounded by him states that 80 percent of outcomes or outputs come from 20 percent of causes or inputs. But that was way back in the 19th century. 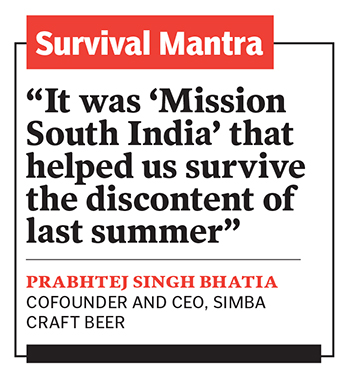 Cut to 2020. Last April, when the four-year-old craft beer business of Bhatia got hammered by the pandemic, the 29-year-old understood the essence of Pareto’s Principle in more than one way. 80/20 was playing in front of the eyes of the co-founder of Simba. Let’s start with the first one. Over 80 percent of the revenues of Simba came from three states—Chhattisgarh, Delhi and Assam. What this means is that most of the sales happen during summer. Unfortunately, last year, post lockdown, it was a summer of discontent for Bhatia. For Simba, the top three states were a disaster. Business hit rock bottom. The harsh summer season also taught another 80/20 lesson. Simba had failed to expand to South India or outside North India over its four-year journey. Geographical concentration meant huge trouble. Bhatia learnt it the hard way.

There was another brutal 80/20 learning that Bhatia had overlooked. “Twenty percent of my employees were giving 80 percent of results,” he recalls. The fact never hit him. It was high time to value the contribution of the doers. The top performers were fast-tracked into key roles. There was another 80 percent draining the company. Bhatia had put disproportionate efforts and investments in some of the states like Maharashtra, Uttar Pradesh and Jharkhand. Unfortunately, it was not paying off. 2020, he underlines, made the company go back to the basics. “For us, it was back to fundamentals,” says Bhatia. The first big shift in business approach, and survival hack, came by quickly diverting attention to the southern states. South, Bhatia points out, is the biggest market for beer. Over 60 percent of beer consumption happens in regions south of Vindhyas. Sales drought in North India last year and the pandemic blues made him come out of the comfort zone. “We always knew South was a big opportunity,” he says. Somehow that sense of urgency, he lets on, to enter new territories was either missing or was always put on the backburner. This time there was no excuse. The move paid off, sales picked up, and beer kegs started rolling. There was a glitch, though. Supplying to these states from Chhattisgarh, and that too for a long period of time, meant a logistics nightmare. Bhatia started exploring tie-up talks with multiple breweries in the South to fix the production and distribution issues.

What also aided in going deep into the South was some early preparation that Bhatia had made till February last year. “Bottles had been our biggest bottleneck,” he recalls, alluding to how the beer brand faced a bottle crunch over the last few years. Sona Bevarages, the parent company of Simba, had furiously expanded from Rs 33 crore in FY17 to Rs 150 crore in FY20. The speed of growth, though, always faced hurdles in terms of bottles. Last March, Bhatia was getting ready for a big bash summer season. Stocking sufficient bottles was the biggest priority. “We had loaded the inventory,” he recalls. The preparation came in handy over the next few months as Simba rolled into Andhra Pradesh, Kerala and Telangana.

Another tactical move to tide over the crisis was to explore the export markets. he While Simba started exporting to Australia, Bhatia entered into talks to explore more countries in the Middle East, Canada, New Zealand, the US and Africa. “Pandemic speeded up our exports plan,” says Bhatia. The crisis, he lets on, also taught the futility of hunting for future growth. “Future can’t be at the cost of present,” he says. Excessive marketing and advertising spend to lure consumers in new markets was slashed, and some hard calls were made in terms of downsizing. “The need for a lean team was a big realisation,” says Bhatia. The playbook too was changed. Making a big-bang entry into new markets and spending crores in marketing tie-ups were discarded. “That’s not our game now,” he says. At times, Bhatia made the mistake of getting influenced by the game-plan of the bigger rivals. “We need to stick to our game and strength,” he says. The business of beer, he lets on, is not a T20 match. It’s a long-term thing that needs razor-sharp focus and loads of patience.

The pandemic, reckon industry experts, might have helped Simba graduate from a cub to a lion, at least in terms of learnings. “The pandemic hit all players. But smaller players were hardest hit,” says a marketing officer of a rival multinational based out of Gurugram. “Simba has realised that it needs to be slow and steady rather than expand at a fast pace,” he says, requesting anonymity. 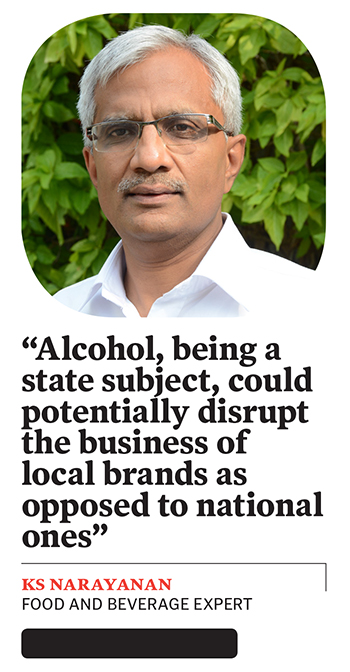 For regional players, the room for error is always less. “Alcohol, being a state subject, could potentially disrupt the business of local brands,” avers KS Narayanan, a food and beverage expert. National brands, in contrast, have deep pockets and a larger footprint to absorb the shock if the markets they are servicing get into prolonged periods of disruption. At different stages of the lockdowns being lifted, he points out, each of the states followed a different policy, with little clarity on forward planning. Additionally, bars and restaurants serving alcohol come last in the list of priorities for the government to open up. “Thus, if you are a local brand, you are more prone to get disrupted,” he adds. Bhatia, for his part, contends that the pandemic has made him better placed, and equipped, to handle more crisis. The golden survival hack, he underlines, is going back to fundamentals. Seems like 80/20 is the new heady mantra for Bhatia, and Simba.

Tweets by @forbesindia
Where does OTT vs exhibition stand after a rough 2020?
Intersection of Artificial Intelligence and IPR - Gunjan Paharia