A total of nine people have dropped off the Forbes India Rich List in 2019. An examination of what made this past year particularly rough for some such tycoons, and a look at what lies ahead 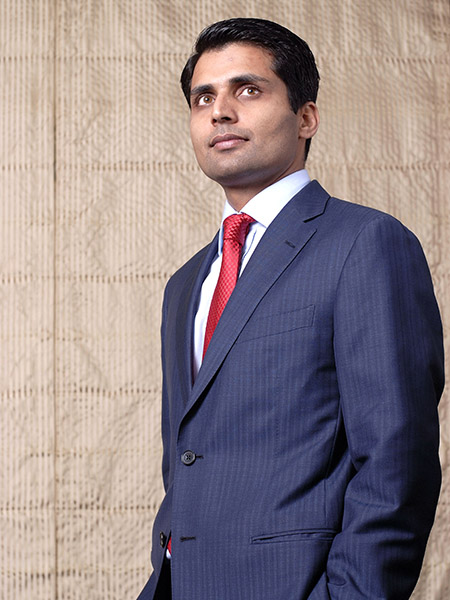 
Sameer Gehlaut, founder and chairman, Indiabulls Group
In a business where cash is the only raw material, failure to raise cheap money can lead to a slow death. Sameer Gehlaut, 45, a first-generation entrepreneur, built an empire spanning real estate, a brokerage, power plants (since separated as a result of a promoter settlement) and financial services. In the end, it was the financial services piece that has nearly brought the group down.

Starting September 2018 when an unexpected default by IL&FS set off a liquidity crunch in India’s shadow banks, Indiabulls Housing Finance and their peers have struggled to raise money. For now, all they’ve been doing is adjusting their liabilities—money borrowed short-term was lent for longer periods —in a market where lenders have turned cautious.

In addition, developer loans turned bad as a slowdown in home sales entered its fifth year. On a net worth of Rs16,482 crore, Indiabulls Housing Finance had liabilities of Rs1,05,756 crore in the year ended March 2019. Its attempts to reduce the cost of its liabilities by merging with Lakshmi Vilas Bank were also rebuffed by the Reserve Bank of India.

With the Indiabulls Housing Finance share price down 81 percent (other businesses are much smaller) in the last year, Gehlaut’s got a steep climb ahead of him to make it to the list again.

Tarang Jain, CEO, Varroc Engineering; Arvind Poddar, chairman and MD, Balkrishna Industries
A slowdown in auto sales saw each Indian auto component entrepreneur slip a few notches in the rankings. It also knocked Tarang Jain, 57, and Arvind Poddar, 61, off the list altogether. As a publicly traded company, Varroc Engineering has had a rocky ride with the stock losing slightly over half of its July 2018 IPO debut price of Rs967 per share.

Balkrishna Industries, a more seasoned two-decade player in the off-highway tyre space, also saw a steady decline in its stock, shaving 28 percent off Arvind Poddar’s net wealth.  (Tarang’s twin brother Anurang Jain, who runs Endurance Technologies, has also seen his net wealth erode but he keeps his place on the list at 84, down 12 spots from 2018.)

In addition to slowing auto sales, Varroc’s problems have also been compounded by the high levels of debt on its balance sheet. In the last year, debt has doubled from Rs1,193 crore to Rs2,432 crore, resulting in net profit staying flat at Rs449 crore, even as sales rose 13 percent to Rs12,036 crore in the year ended March 2019. Since then, sales have slowed further.

Meanwhile, Balkrishna Industries has been stuck in a no-growth range and has been consequently derated by the market. With Balkrishna being a global play with operations, its likely sales would improve sooner than Varroc, which has a long deleveraging cycle ahead.

Jai Hari and Yadu Hari Dalmia, managing directors, Dalmia Bharat
Siblings Jai Hari, 75, and Yadu Hari, 72, have had a tough year as their flagship Dalmia Bharat has struggled in the face of slowing cement demand and soft prices in the southern and eastern states they operate in.

A bid for Binani Cement did not go their way after a court intervened and mandated that a higher bid by rival Ultratech Cement had to be considered. In the last year, its stock has shed a quarter of its value, taking the brothers’ net wealth to $1.13 billion. Still, the brothers, who’ve grown capacity from 1.2 million tonnes to 26.5 million tonnes in the last 15 years, are not about to give up. Recent reports suggest they’re interested in bidding for Emami Cement. A successful bid could get them back in the reckoning.