How managers can use AI to find the right people 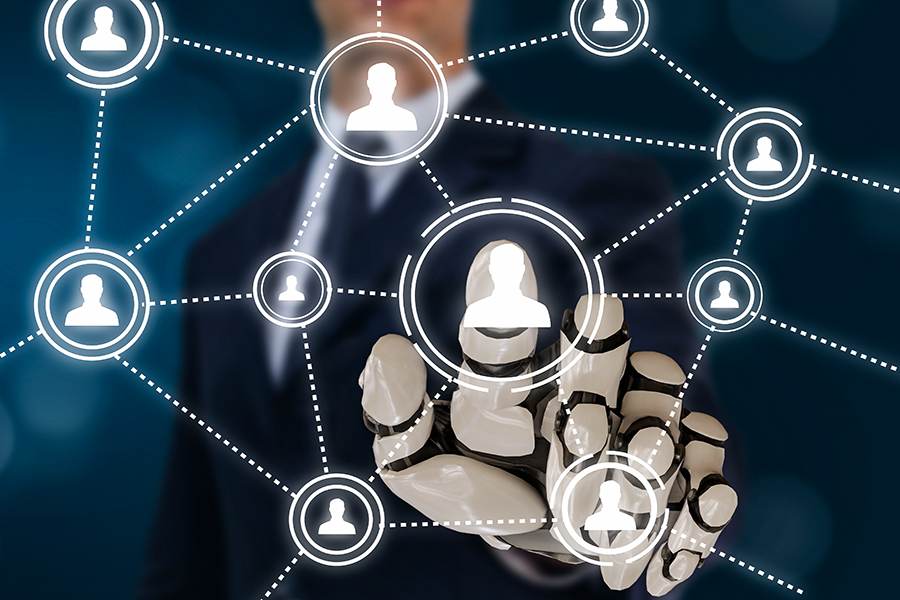 Managers must also recognise that AI tools, with their ability to dramatically shorten time to hire, have the potential of turning recruiting into an arms race. Image: Shutterstock

Marjorie, an HR professional, receives a seemingly impossible mandate. She is asked to recruit six Spanish-speaking, front-end programmers with at least 10 years of experience, able to relocate to Miami, in southeastern United States, all within a month. Not so many years ago, this would have been impossible. Today, she feeds the requirements into her AI-enabled recruiting system, which immediately prospects for candidates across the key job aggregators, like Indeed, and all major social and professional media sites, including Facebook and LinkedIn. It also combs through the firm’s database of past job applicants.

The system generates over 1,000 active and passive candidates in literally a hundredth of the time it would have taken a dozen, experienced recruiters. The system determines whether to put up a banner for a particular candidate to click on or to send a personalised email to them. It does that in waves, analysing candidates’ responses and adjusting its approach for the next batch. Interested candidates only need minutes to complete the application because the AI-enabled system has prefilled many sections based on their social media and professional network profiles.

The system’s chatbot interacts with candidates, answering their questions regarding salary, benefits and job profile. It also asks candidates various questions, such as their earliest available start date. Less than 70 percent pass the initial application screening and are instructed by the chatbot to take a set of cognitive games and coding challenges. AI analyses their responses to determine intelligence, character and coding skills.

The chatbot then invites the top third of the remaining candidates to do a webcam interview at their convenience within a several-day window. The AI tool that conducts these interviews lets candidates re-record each answer before submitting the final one. It then analyses the content of candidates’ answers, their word choice, their voice intonation and their micro-facial movements and compares them to high-performing employees and specified ideal profiles.

Less than two weeks after receiving her mandate, Marjorie has ten candidates to invite in for final-round face-to-face interviews and evaluations. Eight of the ten finalists are offered jobs, and seven accept. Along the way, the chatbot keeps all candidates informed on their application status. Although nearly 99.4 percent of the candidates did not make it to the final round, a follow-up survey reveals that 89 percent of the candidates had a fair and positive experience and would recommend the company to friends and colleagues.

While no single AI-enabled recruiting system can seamlessly perform all of the recruitment tasks, each one of them can be performed by existing AI-enabled tools. In that sense, the AI-enabled recruiting revolution that people have talked about for nearly a decade is here. However, about two-thirds of the companies out there are not fully in the game yet.

Long gone are the days where candidates had to go to a job centre or a company to turn in a job application. The internet has vaporised most of the frictions related to candidates finding companies and companies finding candidates.

Beginning in the mid-2000s, the launch of multi-platform aggregators, such as Indeed, kickstarted the digital recruiting revolution. The advent of digital social media and professional networks, such as Facebook and LinkedIn, also contributed. These platforms provide a space where firms could advertise their job opportunities and supply information that could be used to identify millions of passive job candidates. As a consequence, the number of applicants per job skyrocketed. For example, in 2017, L’Oréal received two million résumés for only 5,000 positions – a stunning 400 applicants per job.

However, when participation is free and frictionless, the quality of participants typically goes down. Different studies and surveys have found that between 75 and 88 percent of all job applicants are actually unqualified for the job to which they apply. In this sense, we are reminded of the famous line in “The Rime of the Ancient Mariner” by Samuel Taylor Coleridge: “Water, water everywhere / Nor any drop to drink.” In other words, without AI-enabled screening tools, companies risk drowning in a sea of low-quality candidates.

So, what can AI-enabled recruiting tools do to help firms generate broad and deep pools of talent, intelligently screen them, thoroughly evaluate them, and ultimately help them select and hire the right people? The short answer is, “a lot.” Here are our top eight recommendations.

Some executives complain that it is hard to know which providers or AI recruiting tools are best. Given the rate of change and improvement in AI screening tools, we don’t recommend going through an exhaustive review and comparison of providers and tools. Instead, you should get in the game, keep what works and throw out the rest. The best way to gain enough altitude to survey the landscape is to move up the learning curve as quickly as possible. That requires more doing than tedious planning.

AI tools today can go through past rejected job applicants to find ones that might fit a current search, even if the information on the candidates is in very different formats. While many previously rejected candidates do not qualify for the new openings, those who do have a proven interest in the company. Different AI screening providers, such as Leoforce via its Arya platform, can comb through thousands of past candidates in minutes, identify those who fit a current opening, and even rank them. This is great way to enhance the ROI on past recruiting investments.

Of course, AI tools can put job opportunities in front of active candidates online. But perhaps most interesting is their ability to identify passive candidates, who outnumber active ones by about three to one. Because 70 to 90 percent of passive candidates are willing to consider a job opportunity, failure to reach out to them with AI will only leave you vulnerable to other firms’ efforts to find and poach your people.

AI tools by providers such as ClearFit and Engage Talent can sift through sites such as LinkedIn, Instagram, Pinterest, Twitter and Facebook to find passive job candidates that match your criteria. These tools don’t simply look for key words – they can also analyse the number of selfies relative to other photos a person posts and estimate how individualistic versus team-oriented the person is.

To further sort candidates, companies can use assessments ranging from simple cognitive games to more elaborate simulations. For example, Unilever used Pymetrics, an AI recruitment platform, to create 12 neuroscience-based games that candidates could complete in a little as 20 minutes. These games measured, in a reliable and valid way, various characteristics such as risk-taking, problem-solving and decision making. At the more elaborate end of the gamification continuum, McKinsey created a simulation in which job candidates had to figure out why animals in an otherwise pristine forest were dying from an unknown illness and decide what to do about it.

Unstructured interviews conducted by humans are only about 25 percent valid in predicting actual job performance – meaning you are two times better off flipping a coin. Structured interviews, in which the questions are not left to the whims of the interviewer, are better but still subject to various cognitive biases. While in-person, final interviews remain necessary, we recommend using AI tools to run initial interviews. These can more reliably evaluate answer content, word choice, voice inflection and micro-facial movements.

When Unilever used HireVue to interview an estimated 30,000 for 200 internships, the quality of the candidates who made it to the last-round, in-person interviews was so high that Unilever made offers to 80 percent of the finalists vs. 65 percent in the past.

Mountains of research have established that people will engage more in processes that they perceive as fair. More recent research, including our own, demonstrates that people expect fair treatment not just from people but also from AI.

One of the main components of fair treatment is to receive appropriate and timely information. Unfortunately, most firms provide almost no feedback to job candidates, except to acknowledge that their application has been received. Candidates left in the dark can blast their negative sentiments about the company and its process to friends near and far via their social media accounts. By keeping candidates well informed, an AI chatbot can prevent negative word-of-mouth impacting both future hiring potential and sales.

While there are a lot of shiny AI objects out there, managers must make sure that, from the candidates’ perspective, the total experience doesn’t end up being less than the sum of the parts. As such, you should think about the entire recruiting journey to make it as integrated as possible.

As a manager, you should realise that this revolution is happening now whether you are ready or not. The good news is that you do not need to generate a million job applications per year to use the AI tools that are out there. Many of the tools come à la carte, so they are not expensive to experiment with or deploy. You must also recognise that AI tools, with their ability to dramatically shorten time to hire, have the potential of turning recruiting into an arms race. If your hiring process takes 42 days, and your competitors use AI tools to get theirs down to 4 days, who do you think is more likely to win the battle for talent?

Ironically, even though AI-enabled digital recruiting tools are the “arms” in this coming technological arms race, the ultimate winners of this artificial intelligence race will be those firms that are the most authentically human. The reason is simple. Firms win when they find and get the best people to say yes, and all the evidence suggests that people join organisations to interact with other people, not AI.

Despite the incredible advances in AI recruiting tools, human are humans and they do not evolve anywhere as fast as technology does. Our fundamental psychology, sociology and biology have remained much the same over the last 200,000 years and are unlikely to alter dramatically in another 2 or 20 more.

Therefore, while firms have to use AI to get people to the door, whether or not candidates decide to walk through that door and stay will largely depend on the authentic, not artificial, aspects of the organisation.

J. Stewart Black is a Professor of Management Practice in Global Leadership and Strategy at INSEAD. He is also the author of The Final Frontier of Competition: Competing for and with Human Capital.

Patrick van Esch is an Assistant Professor of Marketing at Kennesaw State University.