As GDP numbers continue to fall, could growth have bottomed out?

At 4.5 percent, the number was the lowest in the last 26 quarters, and in line with estimates put out by a number of brokerages and economists 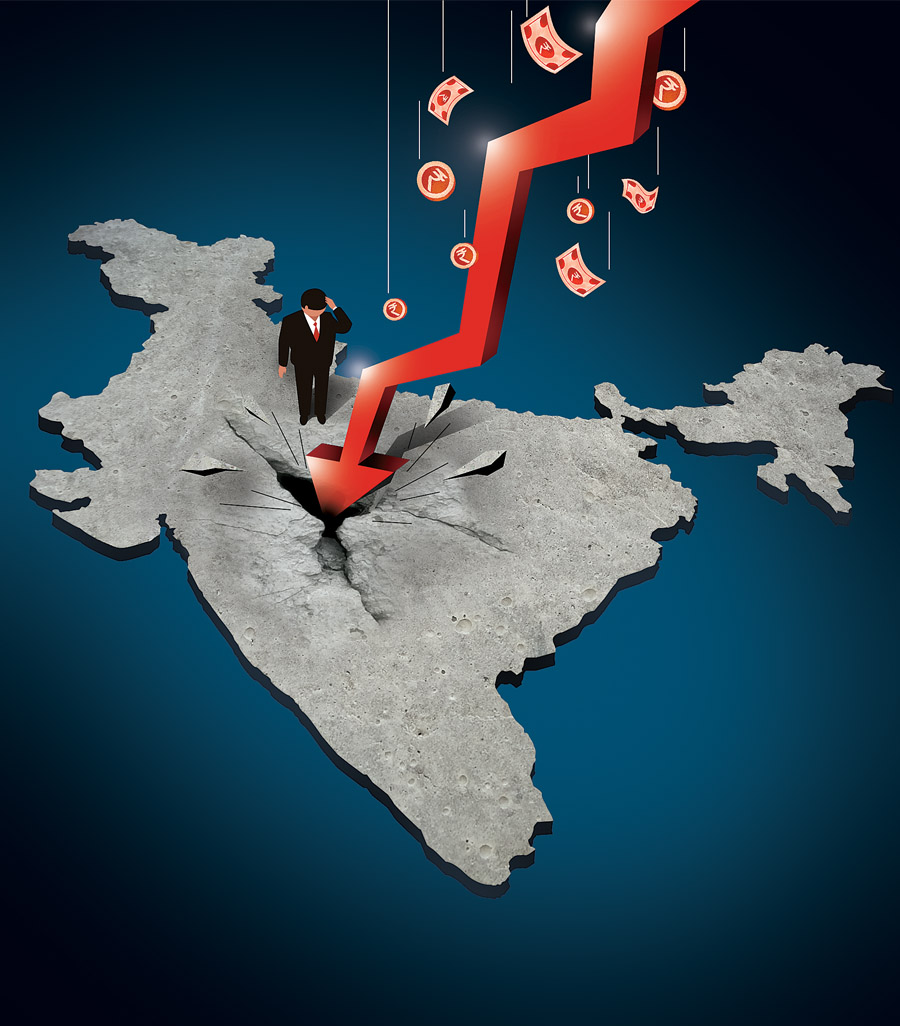 Falling industrial output, slowing demand for electricity in industrialised states and lower diesel consumption had laid the ground for a dismal second quarter FY19 GDP reading. At 4.5 percent, the number was the lowest in the last 26 quarters, and in line with estimates put out by a number of brokerages and economists. The last time growth had slowed to 4.3 percent was in the fourth quarter of FY13. A collapse in inflation resulted in nominal growth falling to 6.1 percent as compared to 8 percent in the first quarter FY20. 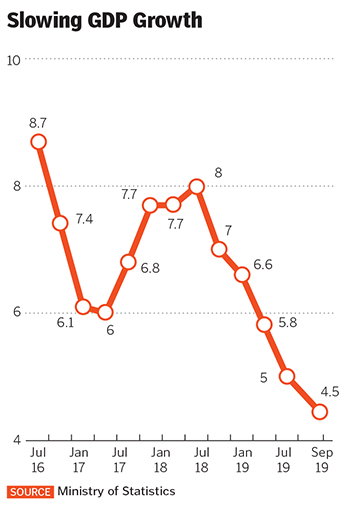 Growth, which has been slowing for the past five quarters, has been hit by lower consumer demand, which accounts for two-thirds of India’s annual income. Since September 2018, there has been a steady decline in loan disbursals by NBFCs. At 17 percent, India’s savings rate has been falling and leaves little room for consumer borrowing. In addition, an investment drought since 2012 and stagnant exports since 2014 have contributed to pushing India’s growth lower. The only engine left unaffected has been government spending. Consecutive lower GDP readings have raised hopes that growth could have bottomed out. “We can say with some confidence that growth in the second half will be better than the first,” says Madan Sabnavis, chief economist at CARE Ratings. He points to the base effect, kicking in from the fourth quarter of this fiscal as well as an improved rabi crop on account of a prolonged monsoon that has left a lot of moisture in the ground. Other positives include increased credit growth, a cut in borrowing rates and government spending. What’s expected to continue to slump are capital goods and most consumer goods, notably, automobiles. CARE has not yet seen an increase in enquiries for credit ratings, a sign that corporates are not yet thinking of spending on capex. At 73 percent capacity utilization, they are still some way from making plans for new investments. A September cut in corporate tax rates is unlikely to revive investments until utilisation rates trend higher. For now, domestic demand and improved global trade numbers are the best bets to take growth higher. Watch for leading indicators—truck sales, increased credit growth and higher exports to push numbers higher in the next few quarters.
Show More
Thank you for your comment, we value your opinion and the time you took to write to us!

Tweets by @forbes_india
First offices: How Amul, Marico, Emami, and other conglomerates started out
As growth has slowed, so has inflation