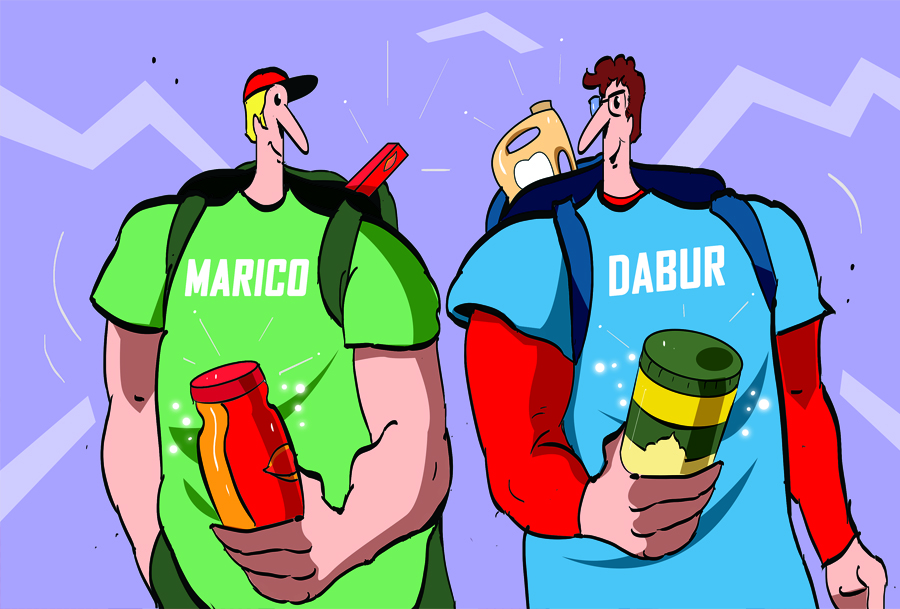 The Burmans of Dabur, rooted in ayurveda and known for chyawanprash, honey and red tooth powder, rolled out baby oil (Lal Tail) in the 1950s. After two decades, in the early 70s, when Harsh Mariwala joined Bombay Oil, the family business was seeped in edible and hair oil with brands such as Saffola and Parachute.

Over the next few decades, till early 2020, the LOC (Line of Control) remained the same clearly demarcated, and mutually honoured. Both the rivals got deeply entrenched in their respective territories: Burmans ruled ayurveda and the Mariwalas dominated edible and hair oil. Then came the pandemic in March.

Fast forward five months. LOC gets converted into LAC (Line of actual control). Dabur infiltrates into edible oil business by launching cold-pressed mustard oil, and Marico counter-attacks by rolling out its range of ayurvedic products such as kadha. High on pandemic tailwind, both FMCG companies have taken the fight to each other’s territory. The rules of the game are being rewritten.

Dabur, which fired the first salvo, asserts it has an edge over its rivals. “While a lot of companies today offer herbal or ayurvedic products, Dabur enjoys the consumer’s trust because of its ayurvedic heritage,” says Amit Burman, chairman of Dabur India. Consumers, he lets on, understand that if a product comes from the House of Dabur, it is truly natural, of the best quality and at the right price. “We maintain an edge with our 136-year-old herbal and ayurvedic heritage,” he says. Dabur cold-pressed mustard oil, the company claims, is rich in mono-saturated fatty acid, making it good for the heart, a positioning Marico’s Saffola has been using since decades. Dabur clearly knows where to hit.

Rival Marico counter-attacks. “We have launched the ayurvedic segment under the aegis of Saffola, which is already a household name and synonymous with healthy living,” says Sanjay Mishra, chief operating officer (India sales & chief executive officer of new business) at Marico. With Marico's formidable play in the healthy foods category and presence, Mishra underlines, it was a natural extension for it to foray into the ayurvedic segment. Going forward, he adds, Marico will continue to launch quality offerings in the health, hygiene as well as food segment. It’s clear  Marico wants to own a huge slice of ayurveda, and if this means eating into Dabur’s share, then so be it.

The pandemic, reckon branding and marketing experts, has made brands promiscuous. “It’s no longer about your territory and my turf,” says Jagdeep Kapoor, managing director at Samsika Marketing Consultants. “Every segment is meant for all.” Covid, he adds, has opened up new markets and the mantra now must be to map, cap and capture the market.

But can Dabur make a seamless transition from baby oil to cooking oil? And can Saffola start talking in an ayurvedic lingo? Kapoor reckons they can, albeit with  a catch. The new offerings must be under a new brand name, not an established one. “You need to come up with a new avatar,” he says. “Why Dabur cooking oil and Saffola kadha?” he asks.

Tweets by @forbes_india
What a ban on Chinese gear means for India's 5G plans
SP Balasubrahmanyam dies at 74: 5 facts about the Guinness record holder