Are sneakers really over while "proper" shoes—flat for the most part—seem to be making a comeback? Resale platforms and even auctioneers say, not yet 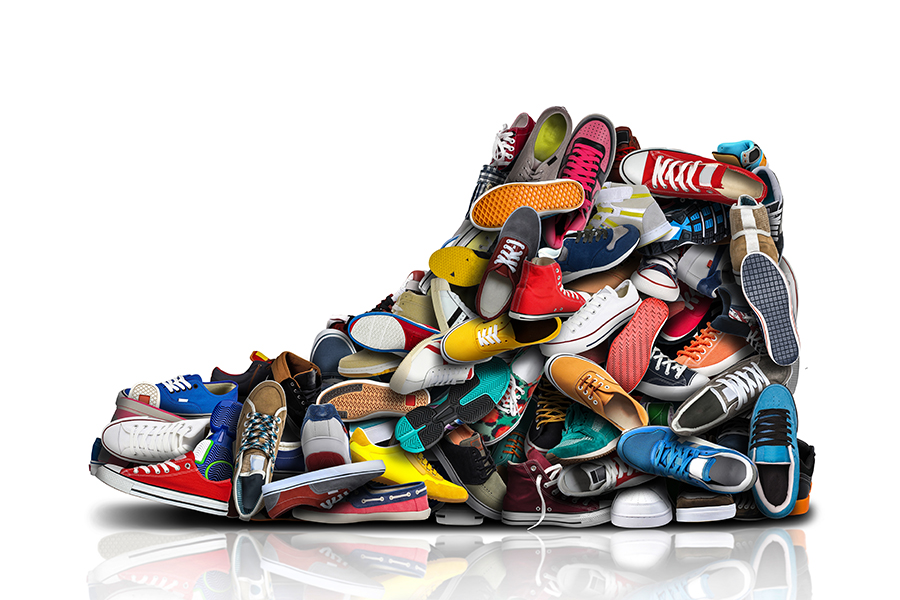 Are sneakers really over? While "proper" shoes— flat for the most part—seem to be making a comeback, calling the end of sneakers may be a little premature. On the contrary, the proliferation of resale platforms and auctions specifically for sneakers shows that these sports shoes still reign supreme in the fashion world. A new study has even found that sneakers are now the shoe of choice for British office workers.

The internet has been buzzing for a few days now, telling anyone who cares to listen that sneakers are on their way out. So, after being won over by their comfort, their practicality, and their disconcerting adaptability to fit with all kinds of looks, we're supposed to see them snatched away once we're all well and truly addicted? There's no way that's happening! And thankfully, sneakers don't seem to be going anywhere yet.

After being in the spotlight for several years, sneakers saw their popularity grow with the pandemic, as the world turned to a more comfortable wardrobe. The phenomenon affected both men and women, who, more generally, have been favoring clothes and shoes that are much less restrictive than previous styles for their return to the office. Sneakers have even become a star item of the workwear wardrobe. According to a study by Shoeaholics, reported by The Guardian, two in three Britons now wear sneakers to the office—a figure that doesn't seem to suggest an imminent end to the reign of the iconic sports shoe.

"The pandemic has accelerated the trend, with fewer people required to be in a formal office setting every day. But even those who are returning to formal workplaces are increasingly confident to wear styles of shoe that would have been deemed unacceptable just a few years ago," explains Mark Hoyal-Mitchell, head of Shoeaholics.

As seen in recent months, the trading of sneakers has become a mainstream activity, with teenagers and young adults being the sector's top addicts. Not content with finding followers all over the world, sneakers have become hot property among young people, to the point of creating fanatics. The report presented by the British newspaper reveals that most British workers own at least seven pairs of sneakers, wearing them in all circumstances, whether in the office, at parties or out for a run. One in four workers reportedly admits to having up to 10 pairs in their wardrobe. Plus, the average person in the UK seemingly has a "trainer wardrobe" worth £474 (about $636). That's a lot of money to invest in an endangered species.

Stock X, Wethenew and Kikikickz are some of the (very) numerous platforms where users can buy and resell sneakers. Such sites have multiplied at high speed in recent years. And you just have to visit one of these three websites to see that it's possible to make real money by reselling rare models or styles from the most coveted collaborations. On the latter two, the Air Jordan 1 High Dior is priced from €8,000 (about $9,045)—a tidy sum—while many models are listed on Stock X for five-figure sums.

Although reserved for a more restricted clientele, sneaker auctions are also making new adepts in the world of collectors. One of the most iconic pairs worn by Michael Jordan was recently auctioned for nearly $1.5 million. So, ultimately, while smart shoes—loafers, boots and stilettos in the lead—are almost certainly coming back into fashion, it's unlikely that sneakers will be going anywhere anytime soon.