After striking a fortune in selling mattresses online, Wakefit is now trying its luck in furniture. Can Babloo make it a furniture artist? 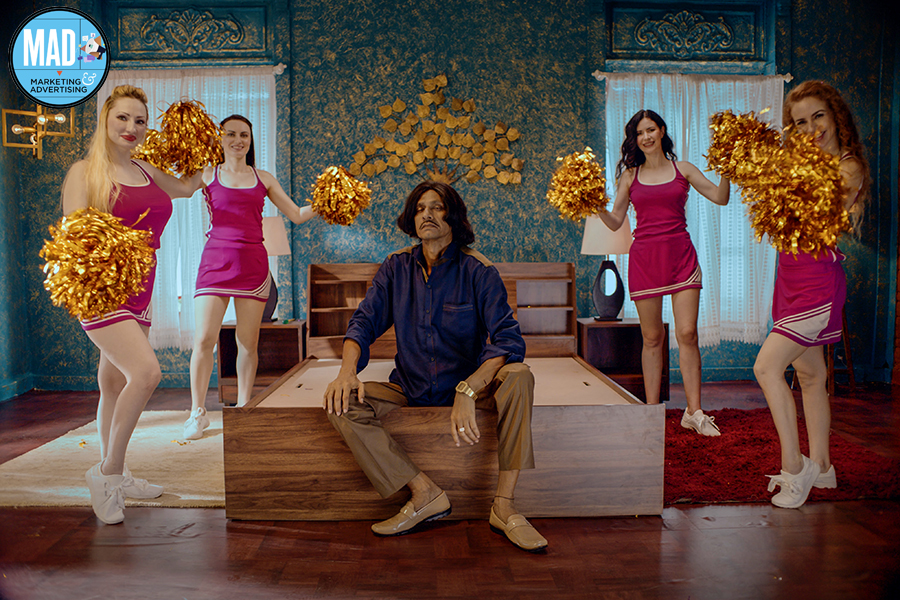 A still from the new Babloo line of advertisements for Wakefit, starring actor Vijay Raaz

A bunch of business categories need strong identities to connect with users. At times, they are real, but most of the time fictional. Take, for instance, Byju Raveendran, a teacher who made it big with his online edtech venture, Byju’s. The idea was simple, yet strong. In education, what matters most to students is the name of a teacher—this establishes an emotional connect. That’s why the name ‘Byju’s’. That’s also why there’s a Haldiram’s in the food category, and there was a Gattu for Asian Paints or Hari Sadu for Naukri, and a ‘Sirji’ for telecom operator Idea. Consumers connected and identified with these people.   Furniture is still a predominantly unorganised market with mom-and-pop stores dotting every village, town and city. Though there are big furniture etailers with hybrid business models such as Urban Ladder and Pepperfry, online still makes up only 3 percent of an estimated $17 billion furniture market. Over the last few years, the market did grow—and now a pandemic tailwind has propelled it at a faster pace—furniture missed its golden (wooden?) moment. There was no Gattu, Byju’s, Amul girl, Sunil Babu (Asian Paints) or Pappu (Remember Cadbury’s ‘Pappu paas ho gaya’?). Enter Babloo artist, the neighbourhood carpenter, in a quirky avatar played by actor Vijay Raaz. For online home solutions company Wakefit, which made it big by selling mattresses online and clocked a revenue of Rs 200 crore in March 2020, the idea of creating Babloo was dual. First, to highlight the pain point: Consumers want affordable furniture. The easy way out has been to download a design from the internet, and reach out to the local carpenter, asking for replication. The second reason was to offer a solution of getting high quality affordable furniture, which is delivered and installed the same day. “Babloo delivers on both counts,” says Chaitanya Ramalingegowda, cofounder of Wakefit, which started as an online mattress selling company in 2016, and gradually transformed into a home solutions provider. For Wakefit, the transition from foam to wood began 18 months ago. Consumers who bought mattresses from them asked for beds as well. Ramalingegowda, along with his cofounder Ankit Garg, started to pilot one design, and ended up selling one bed in two days in Bengaluru and Hyderabad. By March 2020, the numbers had leapfrogged to 80-100 beds every day. Buoyed, the duo decided to add more to the furniture arsenal—bedside tables, sofas, bookshelves, wall shelves, shoe racks, TV units, coffee tables and study table sets—over the next few months. Then came the pandemic, which halted plans for two months. The period was used by the cofounders to expedite sourcing of food, fixing the backend, and experimenting with prototypes at their factories in Rajasthan and Delhi. In July, the entire range was launched, and in two months—July and August—Wakefit now gets 10-12% of revenues from furniture. Bringing Babloo now made sense, as the company planned to launch furniture operations across north India and is rolling out a series of digital campaigns to make the most of the IPL frenzy. Watch a commercial from the ad campaign here Babloo, reckon marketing and branding experts, is less about selling furniture online or the do-it-yourself trend. “It’s about adding soul to the wood,” says Ashita Aggrawal, marketing professor at SP Jain Institute of marketing and Research. Babloo has democratised—and massified—the online furniture market, and taken it to tier II and beyond. The aspirations to buy a branded, affordable and quality product has always been there in the hinterland and cities. “Babloo, and Wakefit, identified the need,” she adds.

Using a celebrity in a ‘your neighbourhood man’ avatar also worked. “To use an actor like Vijay Raaz to draw parallels between getting a regular carpenter versus having a finished product delivered is an interesting move,” says Pooja Jauhari, CEO at digital advertising agency The Glitch. “Post pandemic, people are relooking at their homes and the elements in them. It’s a great time for Wakefit to leverage the needs of consumers,” she adds. Will the gambit pay off? Ramalingegowda sounds confident. If getting 10-12 percent revenues from furniture was made possible without advertising, then imagine what Babloo can do, he says. The plan is to go slow and steady. While a digital focus makes sense, can Wakefit take on the might of rivals Urban Ladder and Pepperfry? Ramalingegowda hits the nail on the head: “We are a profitable company. We will never sacrifice the bottom line at the cost of the top line,” he says. Babloo might be a carpenter but is an artist when it comes to doing business.