After disrupting the sleep industry by selling mattresses online, Wakefit is now transforming into a home solutions company. Can it move from the bedroom to all rooms? 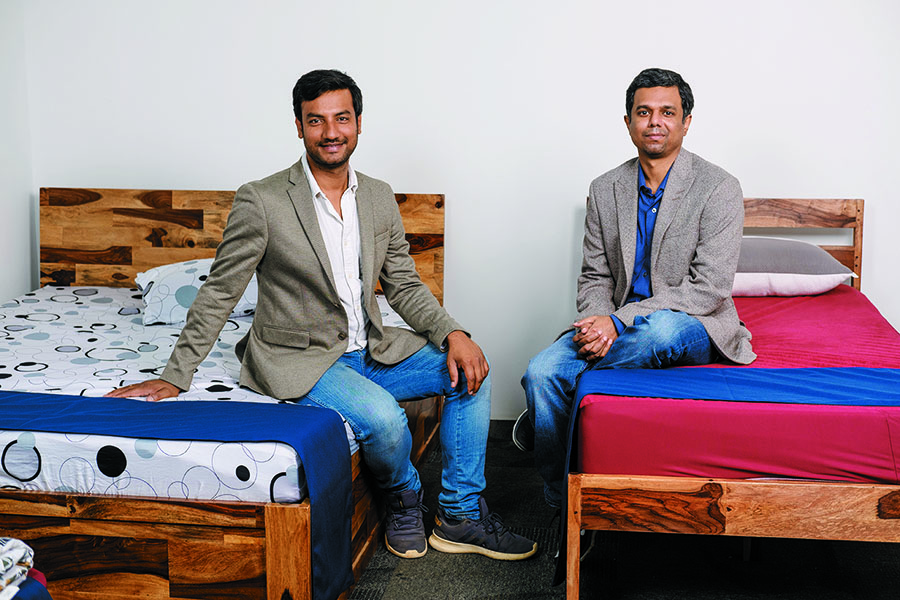 Four years ago, a ‘loot’ made Ankit Garg ‘crazy,’ and gave him sleepless nights. It was sometime in 2016, when the 26-year-old ventured out to buy a mattress. The deal, shockingly, turned out to be an ordeal. “The store manager was charging me four times the material cost,” recalls Garg, now 31. An engineer from IIT Roorkee who worked for German multinational Bayer Material Sciences for over four years churning out innovative uses of foam, Garg knew what proportion of foam was used in making a mattress. Moreover, he had already had a stint running a foam-based startup. Naturally, the young lad was feeling cheated. Nah ‘looted.’

The moment of loot, though, turned out to be a lightbulb flash. “It made me realise that the market is ripe for disruption,” Garg recounts. “And that a mattress can be sold online directly to customers.” But who sells a mattress online? The bigger question, though, was: Who would buy it online? In 2016, people were shopping on Amazon and Flipkart; millions were using their smartphones to access the internet; transactions were being done digitally. But nobody was buying a mattress online, whether branded, known or unknown.

The naysayers had their share of reasons. First, a mattress is a touch-and-feel product. Usually, the whole family goes to the showroom, sits on it, lies down on it and jumps on it to test the product and then decides to buy. Second, the trust factor was missing in the online medium. Third, people were used to buying cotton, coir, and bonded foam mattresses. A memory foam mattress—which Garg had planned to start with—was an alien concept, and product. Lastly, it was a crazy idea. At least, his friends, former colleagues at Bayer, and anybody who got to know about the ‘revolutionary plan’ thought so.

The gritty engineer, though, knew he had the perfect chemistry for a rocking business. Garg rebelled against the conventional wisdom. “A person who himself gets looted is probably the one who comes up with such a crazy idea,” smiles Garg, who joined hands with Chaitanya Ramalingegowda and started Wakefit in 2016.

Cut to 2020. In four years, Wakefit has galloped to become a ₹200-crore brand in revenue. From selling a paltry four mattresses per day during the first few months, the startup now clocks a daily rate of 1,500, and caters to over 5 lakh customers across 19,000 pin codes in India.

Wakefit now is transforming into a home solutions company by adding a line of products that will take it from the bedroom to all rooms: Sofas, work desks, bookshelves, wardrobes, coffee tables, side tables, TV units, and shoe racks. The most interesting part of the four-year journey, though, is not how it pole-vaulted from ₹6.25 crore in the first year to ₹200 crore. What makes Wakefit special is that it was profitable from the first year, and is still so. The target set by the duo now is to become a unicorn of a different kind. “We want to be a billion dollar company in revenue in five years, remain profitable and build an international brand out of India,” says Garg.

The fairy-tale story, though, had its share of hiccups from the inception. To begin with, the co-founders had to grapple with operational issues: Product sourcing and managing cash flows. There was no manufacturing unit, the production was outsourced, and it triggered a set of problems. The contract manufacturers wouldn’t take small orders and, even if they did, would not deliver on time. “I had to literally plead to get the job done,” recalls Garg. Starting and remaining bootstrapped for over two years made financial management tricky for the duo who didn’t have enough reserves. “It was a tough phase,” recounts Ramalingegowda.

The biggest challenge on the marketing front was building trust, and questioning the traditional way of buying a mattress. “Going to the store and buying was a stupid way of purchase,” says Ramalingegowda, who resorted to scientific research to back his contention.

According to  research by sleep labs, he explains, the human body requires 14 days of regular sleep on a mattress to know whether the body can adjust to it or not. “So going to the store and feeling the product for five-ten minutes was a faulty way of buying,” he says.

Armed with insight, Wakefit started to educate buyers. It rolled out a 30-day free trial programme. The idea was simple: Take the mattress, use it for 14 days, and if it doesn’t work then return it. No questions asked, no money charged. The gambit worked. It killed two birds with one stone: Trust was built in the brand and product, and buyers were lured from offline to online.

The free trial continued for one and a half years, the word-of-mouth marketing by satisfied customers did wonders, and a new form of buying behaviour was inculcated. Then came the first moment of truth: Using customer feedback. Many of the customers, due to their frequent travel work schedule, couldn’t use the mattress for 14 days in a row. So they wanted more trial days. This gave birth to the idea of a 100 days trial period. The decision was not easy. “We both have lost a lot of sleep on it,” Ramalingegowda says smiling. The reasons were simple to fathom: Not enough financial backing, the startup was run with the profit earned, and the duo along with their team took tiny salaries. ‘What if the warranty return—which was as high as 30 percent in apparel—turned out to be high’ was a question that dogged both the co-founders. The duo, though, took a leap of faith. “We had immense confidence in our product,” says Garg. The gambit again paid off, with customers lapping up the 100-day offer.

There was much more to the success of Wakefit than the 100-day offer. Hours were spent on gathering customer feedback. It all started when the first few deliveries were made in Garg’s car. The buyers quickly noticed the struggling entrepreneurs, and the gunny bag in which the mattress was brought. “They thought that a folded mattress might get damaged,” says Ramalingegowda, pointing out one of the concerns. The feedback was noted. Packaging was changed, as it might affect the perception of the product.

The duo then started to map out the journey of the users. They kept going back to customers after the first, second and third month, and tried to find out the comfort level. Encouraged by the response, Wakefit created a customer delight team. “We have a sales team of 16-17 people, but there are 200 in the customer delight team,” says Garg. The move worked; soon, the company rolled out an orthopaedic memory foam mattress based on the feedback of its users.

Another insight was about the air circulation in mattresses. During summer, because of humidity, many customers would have sleep disturbances. The duo went back to their research and development team and tried to find out if they could make the mattress more breathable. “The result was a mattress with better air circulation,” says Garg, adding that there was also a quick product recall based on feedback.

Yet another product born out of feedback was a ‘mattress protector,’ which would ensure that the product didn’t get spoiled due to bedwetting by a child. Listening to customers, gathering feedback and making products is something a traditional legacy offline mattress brand can never come up with. Some of the biggest companies in this segment, lets on Ramalingegowda, have been there for over 50 years, but they never innovated. “We started talking directly to customers, and we innovated,” he says, adding that the company cut out the middlemen and passed on the benefits to the customers by bringing down the price multiple times. “This is the big benefit of an online-first customer brand,” he says.

Another benefit of the business model has come to the fore during the pandemic: Consumers shopping from the convenience and safety of their homes. The lockdown, explains Praveen Sinha, co-founder of online fashion etailer Jabong, has ensured that thousands of consumers who generally shop offline have become exposed to e-retail. “Many of these new acquisitions will never move back offline,” he adds. The internet’s symbiotic growth and relationship with the end consumer today, Sinha contends, has made it possible to create ‘purely online’ brands that can go on to become household names without ever being sold at an offline store.

The Wakefit co-founders, on their part, are now looking to conquer overseas markets. “We now want to become an international brand,” says Garg. His partner chips in with his take on why the target is doable. The next set of big brands, Ramalingegowda underscores, is going to come from the pure online space. Sounds crazy. But every disruptive idea had a crazy beginning.