The eight-month-old startup has disrupted the online gaming space by roping in the Indian skipper, but can it keep up its aggressive pace? 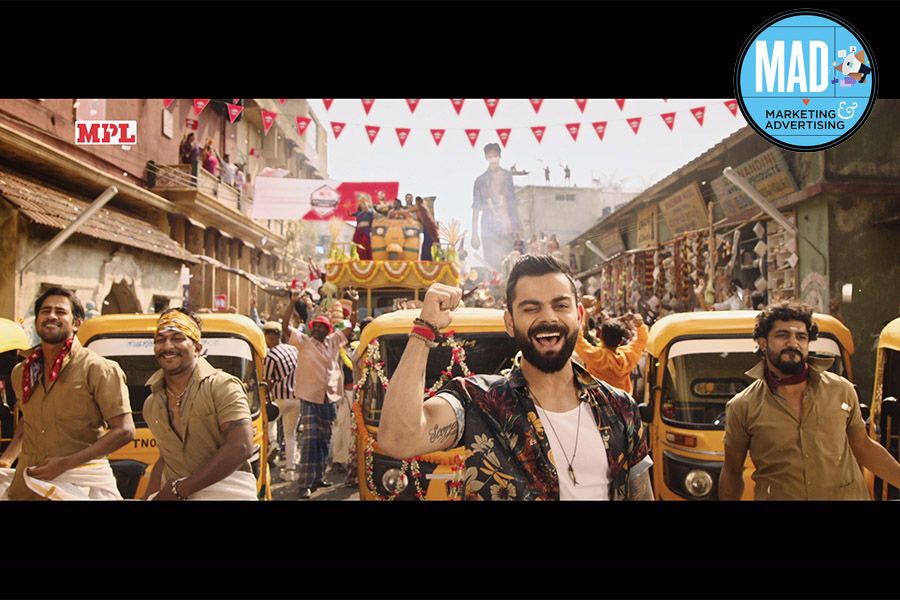 Speed thrills. Indeed it does. Ask Sai Srinivas Kiran and Shubham Malhotra, co-founders of Bengaluru-based Mobile Premier League, who seem to be on a high-octane drive. “E-sports is a sector in which you have to drive fast to survive, much like Formula 1,” reckons Kiran, chief executive officer and co-founder of the eight-month-old digital gaming startup, which lets users play games such as cricket, carom, pool and bike racing.  “We have grown exponentially.” MPL, he claims, has more than 20 million players and over 30 games. It reportedly raised $5 million from Sequoia last year, and is about to close a fresh round of funding soon.

Started in September last year, MPL disrupted the segment by roping in Virat Kohli as it as brand ambassador, which pits it against MS Dhoni-backed Dream 11. However, while Kohli’s endorsement gives MPL an edge in the cluttered e-gaming market, Kiran contends that there is another crucial differentiator: MPL offers a platform for game developers. Rather than building their own games, he lets on, MPL provides a showcase to a community of entrepreneurs and game developers around the world. MPL’s eyeball-grabbing campaign features a dancing Kohli, a catchy jingle and a fast-paced film. “Interestingly, the signature dance step is Virat’s own idea, not something he learned from the choreographer,” says Hari Krishnan, president at Mullen Lowe Lintas Group, the creative agency behind the campaign. “He got the mood of the song instantly. When he broke into a jig, it was magic,” he adds. The theme of the campaign, Har galli se niklega hero [a hero will emerge from each street], aims to brings out the essence of India, devised especially to reach audiences in metros and small cities. Har galli se niklega hero, says Krishnan, is an exaggerated celebration of the spirit of gaming. “Virat is the best person to present these gaming heroes, embodying the spirit of both the competitiveness and the fun,” says Krishnan. The startup was scouting a national sporting hero to honour the everyday ‘heroes’ who play and win on the MPL—bringing Kohli on board, says Kiran, was a no-brainer. “His warmth, universal appeal across age, gender and region was the clincher. Our games are simple, and appeal to players across genders, skill levels and age groups,” adds Kiran. Kohli versus Dhoni: Who is a bigger draw? By roping in Kohli, MPL has not only pitted itself against MS Dhoni-backed Dream11--which recently claimed to be the first gaming company to turn unicorn—but has also upped the ante by positioning itself as ‘India’s biggest gaming platform’. Dream11, its biggest rival, interestingly dubs itself as ‘India’s biggest sports game.’ Ask Kiran who wins the Kohli vs Dhoni showdown, and the entrepreneur ducks the bouncer. “If you torture data long enough, it will admit to anything,” he grins. “Frankly, we are not worried about who the biggest is. The focus of the company is to build the best gaming platform for gamers and developers.” Eight months, over 20 million users, and another imminent funding round…is MPL over-speeding? Kiran is aware of the potential pitfalls of this velocity. “There are real risks of making one wrong turn at high speed, but that does not stop racers from getting into their cars and competing,” he says. Like Kohli, he says, it is about marrying speed with consistency.

Show More
Thank you for your comment, we value your opinion and the time you took to write to us!
Comments 15

Tweets by @forbes_india
Porsche 356's allure
On Everest, a trail of old and faulty oxygen equipment