The Godrej Foundation: In Charity They Trust

With varied initiatives in philanthropy, Adi and Jamshyd Godrej have done justice to almost a century-old legacy of giving 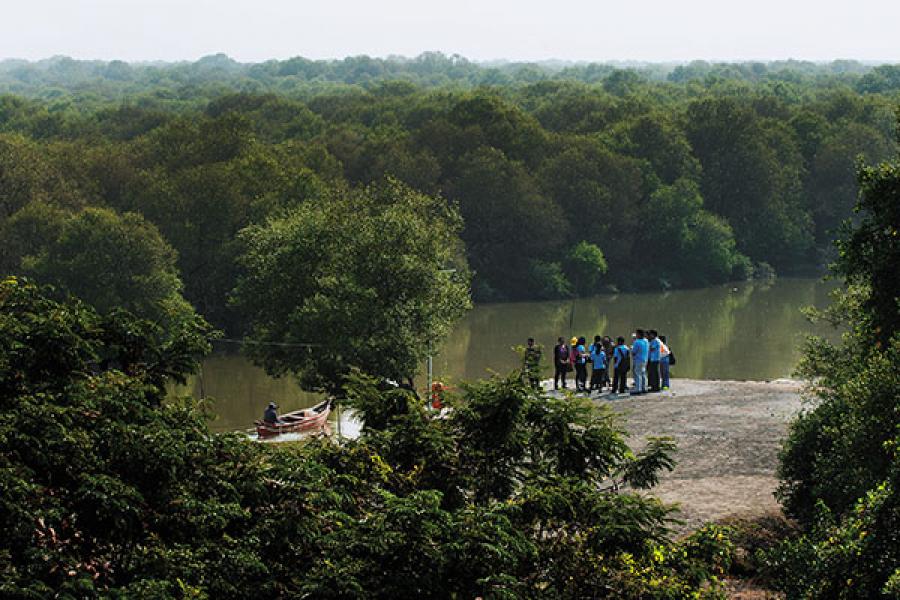 Award: Outstanding Corporate Foundation
Godrej family
Why they won For consistently carrying out a wide range of philanthropic activities.
The Trigger Belief in sharing wealth inculcated from group founder Ardeshir Godrej.
The Mission To build sustainability in their business activities.
The Action Plan Use a fourth of the dividends of Godrej & Boyce to fund their projects.
Their Next Move Group companies working towards building green products.


A couple of kilometres beyond the Godrej Creek housing complex in Vikhroli lies the entrance to Mumbai’s second largest nature reserve. Spread across 1,000 acres, these mangroves are so important to Mumbai that they are off-limits to visitors other than school children and groups that want to visit for educational purposes.

They are also that part of the land bank owned by the Godrej Group that will never be monetised. Reason: They form a critical lung for the city, second only to the Sanjay Gandhi National Park in the western suburb of Borivali. The decision to preserve this space reflects well on one of India’s largest industrialist families. Bequeathed to the Soonabai Pirojsha Godrej Foundation in 1974, the mangroves have been maintained with a team of 25 personnel.

This is just one of the many initiatives that have made the Godrej family, led by Adi and Jamshyd Godrej, among the most respected philanthropic business families in the country. They contribute to a breadth of activities, including immunisation for children, family welfare and nature conservation, through four main trusts.

The family also supports culture and fine arts through the Godrej Dance Theatre at the National Centre for the Performing Arts in Mumbai. Further, a large number of grants are made on an ad hoc basis to a variety of causes.

Adi Godrej, a supporter of the new legislation that mandates that companies spend 2 percent of their profits before tax on corporate social responsibility (CSR), tells Forbes India, “It is only when businesses align with society that a business can truly develop.” That is a philosophy that motivates the group’s philanthropic approach.

The Godrej family made its first donation in 1926. Ardeshir Godrej, one of the founders of the Godrej Group, through a spontaneous gesture, gave Rs 3 lakh for the upliftment of Harijans (considered untouchables at the time). This was a time when donations of such scale were unheard of; Mahatma Gandhi acknowledged this as the largest contribution to that cause, a particularly important one for him.

Since then, the Group’s charitable works have become more organised and widespread. Like other business houses in the country—the Tatas being a notable example—the Godrej family pursues CSR activities in two ways. First, through a series of trusts starting with the flagship Soonabai Pirojsha Godrej Foundation set up in 1972. The Foundation owns a fourth of the shares in Godrej & Boyce Manufacturing Co Ltd, which is the holding company for the Godrej Group, and has stakes in companies like Godrej Properties and Godrej Consumer Products. The dividends Godrej & Boyce distributes form the operating budgets for all the trusts: In the year ended March 2013, it generated a budget of Rs 22 crore. “Unlike other foundations where public shareholders are also made to pay for philanthropic activities, at Godrej, profits from only the family-owned shares are used,” says Adi Godrej. In other words, the trusts are entirely financed by the family. 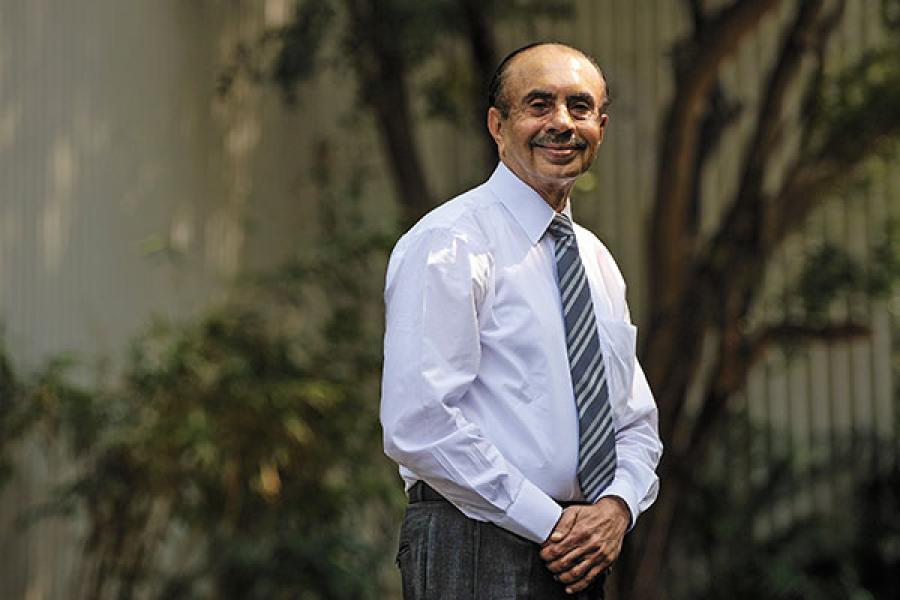 Image: Vikas Khot
Adi Godrej: “It is only when businesses align with society that a business can truly develop”
Second, each Godrej Group company has adopted the Good and Green CSR strategy (which drives business towards sustainability) and made it an integral part of their approach since 2010. (Jamshyd Godrej notes that these do not contribute to the 2 percent spend.)

Case in point: Godrej Chotukool, a small refrigerator made for rural India. The company realised that the lack of cooling facilities and power shortages prevented people from stocking up on food and milk. The company came up with a refrigerator that works without electricity and is capable of cooling 10-12 bottles a day. Jamshyd is pleased with the acceptance of the product in the market. “One big challenge for the company was distribution,” he says. So Godrej & Boyce tied up with the Indian Post Office to take the refrigerator to rural markets. The company sells about 35,000 sets a year.

Then there’s Good Knight, the country’s largest selling mosquito repellent. People were having trouble with the product since the coils would result in smoke filling up their small rooms. Godrej Consumer Products worked towards making a smokeless mosquito repellent; this, when burned for five minutes, keeps the area free of mosquitoes for five hours. The product costs Re 1, which is half the price of a mosquito coil.

Perhaps the most important initiative has been the effort the Group has taken to reduce its energy and water consumption over the last two decades. According to Jamshyd Godrej, the Group is aiming for a 25 percent reduction in energy consumption. They have already replaced air-conditioning equipment at the company’s plants and offices. “Within three years the new equipment begins to pay for itself due to better efficiency,” says Jamshyd. With waste water management, it is now cheaper to recycle water than buy it fresh.

Back at the Godrej mangroves, the sylvan surroundings have contributed to the preservation of wildlife. Compare them to the mangroves on government land and they are far thicker. Boats roam the swamps keeping out predators and making sure the plants are cared for. School children regularly visit; this year saw the highest attendance, according to Hemant Karkhanis, who is in charge of organising visits. Of course, the mangroves afford other simple pleasures to the Godrej family. On Prince Charles’ recent visit to India, he made it a point to stop by and share a leisurely boat ride with them. For a breath of fresh air, perhaps.

Tweets by @forbesindia
The Wealthiest Africans
Will Jetihad Work?