The party's mission statement touches upon important issues plaguing the country today, but is it mostly opportunistic? 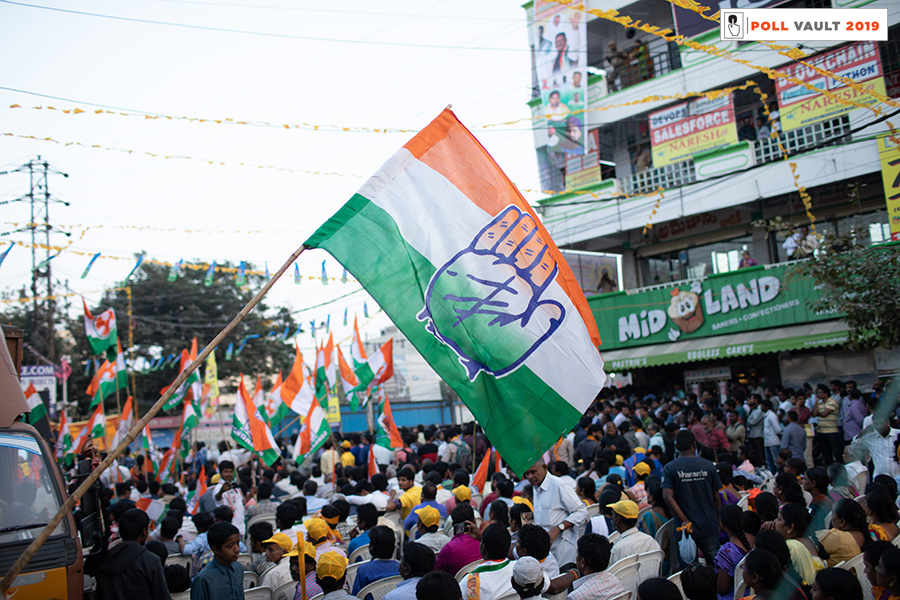 The Indian National Congress released its manifesto for the Lok Sabha Elections 2019 on Tuesday.
A quick glance at the manifesto reveals that the Congress party, led by its president Rahul Gandhi, has built its agenda for the 2019 elections around unfulfilled promises made by the Prime Minister Narendra Modi-led government. These unfulfilled promises have had people raise important questions in the last few years. As India prepares to vote, the key election issues are the lack of jobs, rural poverty, farmer distress, increasing communal disharmony and hate crimes, confusion over multi-layered Goods and Services Tax (GST), and universal and mandatory use of Aadhaar, to name a few. The Congress has gone all out to grab the opportunity presented by the looming questions over these issues, and built a manifesto that promises to address all of them in a bid to attract voters. Beyond that, it promises to address environmental concerns, and has a lot to offer women. Jobs
There has been a lopsided debate over jobs in the country, with the National Sample Survey Office (NSSO) pegging unemployment at a 45-year high of 6.1 percent in 2017-18. The government denied all claims and called it a ‘draft’. The Congress party manifesto promises to bring about a ‘Job Revolution’ by filling vacancies at the centre and state public sector companies, and to incentivise private sector companies to create jobs and set up an apprenticeship programme for businesses with more than 100 employees. Rural poverty and farmer distress
The past four years saw many kisan (farmer)-led protests across the country for fair market prices and higher remunerative prices for their produce. Rising farmer loans turning into bad debt has been a key issue even before the current government came into power. By December 2018, eight states had announced ₹8.1 trillion in farm loan waivers, including waivers of ₹70,000 crore by the Maharashtra and Uttar Pradesh government, while the effectiveness of a waiver is also under question. 1) From loan waivers to debt free: The Congress manifesto promises a separate ‘Kisan Budget’ [farmer budget] every year and a shift from ‘Karz Maafi’ (debt forgiven) to ‘Karz Mukti’ (debt free). It also promises remunerative prices, assured access to institutional credit and lower input cost. 2) Minimum income guarantee: Last week, Gandhi announced its ‘NYAY’ (Nyuntam Aay Yojana) scheme, a minimum income guarantee of ₹72,000 per year for the 20 percent poorest households in the country. NYAY is the first promise highlighted in the Congress manifesto and will be the key instrument that will lead its campaigns. 3) Right to Land: Congress’s manifesto promises that the party will pass the Right to Homestead Act “to provide a piece of land for every rural household that does not own a home or own land on which a house may be built”. Hate crimes and dissent

1) Hate crimes: With 20 out of 29 Indian states having some form of regulations on cow slaughter or consuming beef, the rising communal disharmony and an uptick in the ‘Hindu nation’ rhetoric across the country, cases of hate crimes and mob lynching have increased in the past few years. In this regard, the Congress manifesto “promises to end the sense of impunity, stamp out mob violence and lynching, and prevent atrocities and hate crimes against SC/ST, women and minorities”. It also notes that the party will hold the police and district administration accountable for proven negligence in such cases. 2) Dissent: The Party promises to uphold the freedom to dissent and protect the rights of students, journalists, academics, artists, civil society activists and NGOs. One Nation, One Tax
The GST was touted as a ‘One Nation, One Tax’; however, its implementation has seen a four-tiered tax structure regime for different goods and services, which has caused confusion, especially for small businesses. The Opposition’s manifesto promises to “radically simplify” the GST regime with a “single moderate rate of tax”. Universal Aadhaar usage and data privacy
A furore over the mandatory and universal use of the Aadhaar card has sparked a significant conversation on data privacy in the country, especially with unencrypted government documents found available with a simple Google search. The manifesto says, “Congress will pass a law on data privacy; restrict the use of Aadhaar to original purposes of the Aadhaar Act.” Protecting democracy

1) Autonomous institutions: The manifesto says that the Congress party, if voted to power, will “restrore the dignity, authority and autonomy [of RBI, ECI, CIC, CBI, etc] while making them accountable to Parliament. 2) Campaign funds: Abolishment of electoral bonds introduced by the NDA government and Congress aims to set up “a National Election Fund that will be allocated at the time of elections to recognised political parties”. Women
Parts of Rahul Gandhi’s interaction with women students at the Stella Maris Women’s College in mid-March went viral on social media, with Twitter users lauding Gandhi’s casual demeanour and refreshing candour. During his interaction, he said Congress will pass the Women’s Reservation Bill in the Lok Sabha and Vidhan Sabha, and reserve 33 percent jobs for women. “I don’t see enough women in leadership… in the parliament or Vidhan Sabhas,” he said. “I think, generally, women are smarter than men,” he added, to a cheering crowd.

The Congress manifesto highlights the party’s promises for women, another issue that it is expected to ride its campaign on. 1) Minimum income under NYAY will be transferred to women in the family: “It (₹72,000) will be transferred to the woman in the household, as far as possible.” 2) Women’s Reservation Bill: Under the promise of ‘Gender Justice’, the manifesto says, “Congress promises to pass in the first session of the 17th Lok Sabha, the Women’s Reservation Bill 33 percent of seats for women in the Lok Sabha and the State Legislative Assemblies. Congress will also reserve 33 percent of all posts/ vacancies in the Central Government for women.” 3) Harassment: The manifesto promises to prevent atrocities and hate crimes against women without going into much detail of how it will do that. Environment and climate change
With India’s cities surpassing China in polluted cities lists, climate change and environmental concerns need to be the top priority of governments across the world. The manifesto says its “action agenda will place India at the forefront of the battle against global warming and environmental protection… We will set up an independent, empowered and transparent Environment Protection Authority, redefine the role of the Forest Departments and increase our forest cover.” Lack of clarity
While this is a manifesto, promises like universal healthcare and quality education for every child mention “free diagnostics, out-patient care and medicines” and “compulsory and free” public school education from Class 1 to 12. However, the scope of the section of the society that will be covered under both healthcare and education benefits, has not been spelled out.   In conclusion
The manifesto touches upon civil, rural, institutional, crime, gender-based and environmental issues plaguing the country currently. However, apart from its promises for women [the Women’s Reservation Bill, however, is not new] and a focus on environment and climate change, most of its promises seem like an opportunistic jibe on the shortcomings of the current government, with a solution attached to it. Like all promises, they are only good when fulfilled.