Residential property: Could 2019 be the year the tide turns?

Residential properties have been navigating a slump for half a decade, while offices see a boom. A revival both in sentiment and demand is eagerly awaited 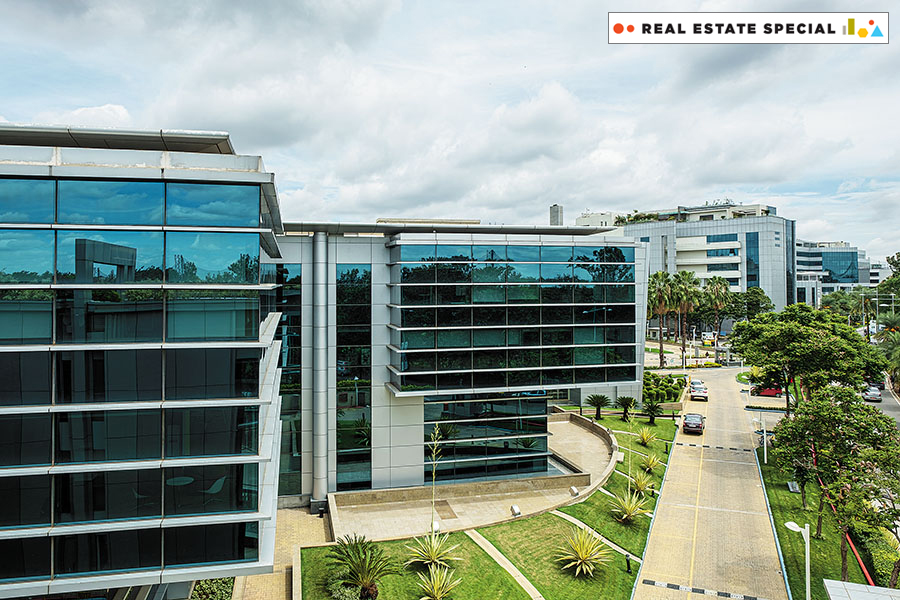 A decade ago, an Indian real estate investor would have bought residential, gone short on office property and looked up a dictionary to understand the meaning of ‘co-working’. Ten years on, the tables have turned: They can’t get enough of office property, residential sales are slow and co-working spaces have blossomed.

It’s all part of a bottom-up transformation that Indian real estate is undergoing. The rules of the game are being rewritten, often at considerable pain for the incumbents. Hopefully, a leaner, execution-focussed industry will emerge out of this, one that works for buyers, sellers and investors. “There is slowly emerging a clear differentiation in the market and just because you are big doesn’t mean you’re fine,” says Niranjan Hiranandani, co-founder and managing director of the Hiranandani Group.

After half a decade of slow demand for residential properties, could 2019 be the year the tide turns? With 80 percent of the market residential, that’s the number one question being asked. A revival both in sentiment and demand is eagerly awaited. While developers have latched on to a few green shoots, they’ll also admit that a broad-based revival is nowhere on the horizon. In the forthcoming Budget, they’d like the government to increase the tax incentives on affordable housing and reduce the goods and services tax (GST) on under-construction property and cement.

As they wait for demand to revive, their counterparts who construct offices or invest in warehouses or set up co-living facilities face a far kinder market. Powered by a rise in offshoring, leasing numbers for offices remain robust at 37 million square feet a year. The rise of ecommerce companies has resulted in a need for quality warehousing and young office workers are open to living in shared homes with a host of amenities provided. The yields on these investments—at 7-10 percent—are closer to the cost of capital compared to residential, where yields hover in the 2 percent range.

As the industry matures and becomes more organised, Forbes India takes a look at four distinct segments. With a raft of incentives available for affordable housing, we’ve included that as a separate section. Other sections include residential, commercial and other investible opportunities like hotels, warehousing, retail and co-living.

Homes: Rent Not Buy
For a long time—since 2002 at least—the going was good for developers as residential real estate was a self-financing proposition. Projects sold out quickly after they were launched and the developer was able to use the proceeds to construct. The surplus was used to buy the several parcels of land.

“We thought the slowdown that began in 2013 was a two-three year phenomenon,” says J C Sharma, managing director at Sobha, a Bengaluru-based developer. He is willing to lay some of the blame on unaffordability and a broken business model, but also says the slump has been good for organised developers. The industry also didn’t anticipate the triple blow from the implementation of the GST, the Real Estate Regulation and Development Act (RERA) and demonetisation.

As demand slowed, a capital-intensive industry has meant that undercapitalised developers are being gradually forced to exit to the benefit of organised players. Sobha has increased sales from 3 million square feet (sq ft) in FY18 to 4 million sq ft in the year ended March 2019. Across Delhi-NCR, Mumbai and Bengaluru, the top seven real estate developers have increased their market share from 8 percent in March 2014 to 14.1 percent in March 2019, according to a report by Kotak Institutional Equities.

One reason for buyers waiting on the sidelines is that while capital values have stagnated, it still costs only 2 percent to rent the property, resulting in a negative carry of 7 percent. MR Jaishankar, chairman & MD of Brigade Enterprises, believes prices may have bottomed out but is unwilling to comment on when sales velocity will return.

Expect the slow grind in the market to continue. One silver lining is the slowing launches. In the year ended March 2019, they fell 6 percent to 285.7 million sq ft across India while absorption was up 7 percent to 443.2 million sq ft, according to Kotak Institutional Equities. At current absorption rates, it expects the 1,230 million sq ft of existing inventory to find buyers in 36 months.

An important subset of the residential market has been affordable housing. Over the last four years, the government has incentivised buyers and developers to construct homes under 650 sq ft in exchange for an income tax holiday and a 1 percent GST rate. First-time buyers get a ₹2.67 lakh subsidy under the Pradhan Mantri Awas Yojana. Buyers also get an interest subvention of 3-4 percent based on their income. With supply beginning to come in, the ministry of housing and urban affairs has disbursed ₹12,717 crore to 4.76 lakh buyers. Hiranandani says this one segment has not seen a downturn at all.

Beyond Back-Offices
Two decades after the rise of Indian IT brought the first office parks in Bengaluru in the early 2000s, the demand is more broad-based—ecommerce, global auto companies and banks account for the average of 37 million sq ft that has been leased every year since 2013. In 2018, the number rose to 48.1 million sq ft, according to Cushman and Wakefield. Rents have been stable at between ₹45 and ₹90 per sq ft.

“Companies are now moving beyond back-office work to locating specialised teams in India,” says Aditya Virwani, chief operating officer at the Embassy Group. Examples include Target that has an analytics centre or Rolls-Royce that has set up an R&D centre.

A key reason for them choosing India over the Philippines, also an English-speaking country, is the depth of talent. It’s simply not possible to hire 5,000 analysts at short notice in Manila.

Virwani is seeing more companies building to suit their specific requirements and, given that the market is tight, companies often commit to a third more than their present use to keep space for future expansion. “They don’t want to be shut out later,” he says.

While stable demand and high rental yields have made office parks a foreign investor favourite in the last seven years, they might also attract retail investors.

Growth Areas
As investors look for yields, there are three emerging growth areas. The biggest opportunity is likely to be warehousing as the yields are about the same as office spaces, according to Ghulam Zia, executive director at Knight Frank. With the rollout of the GST and increase in ecommerce shipments, companies have both consolidated and increased their leasing. In 2018, leasing increased 40 percent to 24 million sq ft. Mumbai witnessed a 231 percent jump to 5.8 million sq ft, according to Knight Frank. Specialised funds have started building and buying properties, with Brookfield, Ascendas, CPPIB and Everstone committing $2 billion (₹14,000 crore) to the sector.

Hotels demand is also on an upswing with occupancies rising to 68 percent in 2018 from 65 percent in 2017, taking average room rates to ₹5,759 per night, up from ₹5,745 in 2017. Hotel companies are acquiring  assets built during the last boom, and are also seeing a rise in profits, up 184 percent to ₹287 crore in the year ended March 2019. As demand rises and further supply becomes hard to buy, expect private equity funds to build new capacity.

Lastly, co-living and rental housing are also ripe for growth. Co-living allows landlords to take yields up by renting apartments per bed or per room. A host of startups like NestAway, Colive, and SimplyGuest match tenants with apartment owners. While it still doesn’t make business sense to construct flats for rent, Hiranandani is hopeful of a national rental policy being announced in the upcoming budget. Just like incentives for affordable housing, if developers get a 50 percent tax off on rent, developers would have an incentive to build and lease apartments.

Tweets by @forbesindia
Budget 2019: What you should expect
A 'Sorceress' in Brazil, a 'Wink' in India: Walmart pleads guilty to a decade of bribes