Sharply earmarking geographies has helped regional brands become kings and queens in their respective kingdoms. And most don't aspire the emperor's throne 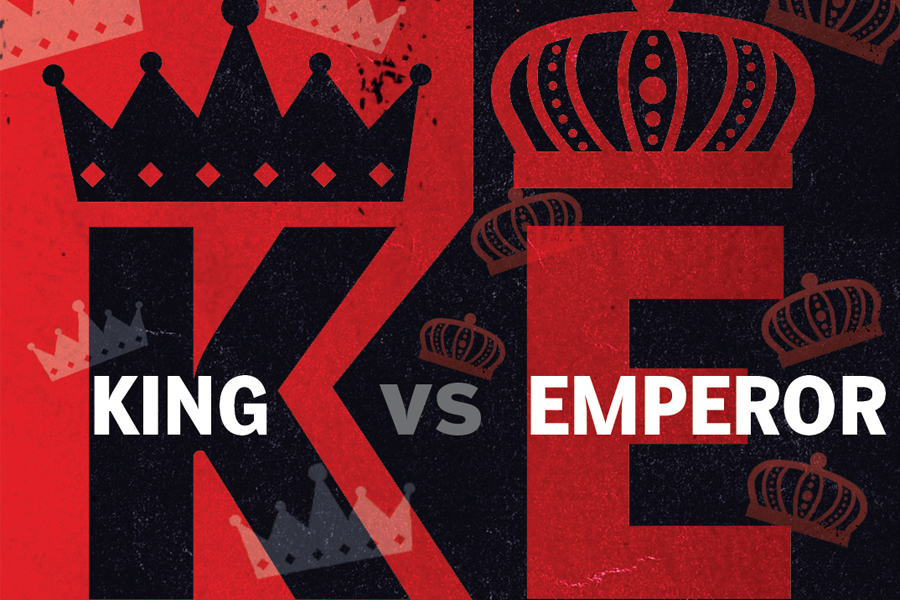 In the second edition of ‘Regional Goliaths’, Forbes India brings you fascinating tales of a clutch of local satraps who have so far impressed all with their stories of dominance, patience and brilliance.

If given a chance, what would you like to become: A king or an emperor?” I ask Suresh Kaneriya towards the fag end of a Zoom interview in September. If the query was unembellished, the reply from one of the partners at Rajkot-based Kaneriya Oil Industries was equally unornamented. “Neither,” quips the ‘carrom king’, a moniker bestowed on him by friends for having an unblemished track record in the board game. “I always go for the queen,” smiles the third-generation entrepreneur, who rolled out Rani groundnut edible oil along with his brothers in 1979. “I have Rani, and she rules over Gujarat,” he laughs, alluding to the dominant market share of Rani in groundnut oil in Rajkot and Gujarat. Overall, he claims, the brand is among the top three players in the state, and closed FY22 with a revenue of ₹1,323 crore, close to a three-fold jump from ₹460.15 crore in FY16.

Kaneriya now tells us why he prefers ‘king’ (in his case ‘queen’) over an emperor. “It’s good to have aspirations but they must be realistic,” says the entrepreneur, who joined the family business of oils when he was 18. “We could have easily taken Rani across many states. But we didn’t,” he says. “It’s easy to expand. It’s tough to dominate.” One can either rule over a small area or get lost in a vast region. “The call is ours,” he says. “It all depends on what we want to be.” The lust to have a pan-India presence would have clearly left the king with a bloodied nose. In spite of its fire power in Gujarat, Rajasthan, Madhya Pradesh and Maharashtra, Rani would not have been able to take on the emperors of edible oil—Fortune, Saffola and Emami—outside its home turf. “There is so much to grow in these four states. I want to go deep, and not spread wide,” he says.
The gritty entrepreneur from Gujarat is not alone in playing to his strength. Over 1,400 km from Rajkot is Lucknow, in Uttar Pradesh (UP). And here we meet our second ‘king’. Resurrected by the Agarwal brothers—Jai and Anuj—in 2007, Gyan is the biggest dairy player of eastern UP. “We don’t want to be a national player. We will stick to our ‘look East’ policy,” contends Jai, managing director at CP Milk and Food Products. Also read: From Meghalaya to Gujarat, India's regional brands are stronger than ever
The dairy company, which started with skimmed milk powder and ghee, now has a portfolio comprising milk, skimmed milk powder, butter, ghee, paneer, curd and animal feed. Revenues have jumped from ₹564.54 crore in FY18 to ₹1,029.75 crore in FY22, but all is concentrated in eastern UP. The company, points out Anuj, will expand but only in the eastern pockets of the adjoining states.
Around 1,600 km from Lucknow is Lumshnong, in the Jaintia Hills district of Meghalaya, where lies another regional gem—Star Cement. With a revenue of ₹2,222 crore and a net profit of ₹247 crore in FY22, Star Cement has emerged as the largest cement manufacturer by volume in the Northeast. With a modest presence in West Bengal and Bihar, from where it collectively gets around 20 percent of sales, Rajendra Chamaria harbours aspirations to make Star Cement a superstar across India. “We do want to become a big pan-India player but there is no need to rush,” says the vice chairman and managing director of Star Cement. Also read: Regional Goliaths: The making of a national brand
The reasons are obvious. With manufacturing units in eastern India, Star Cement can’t match the dominance of ACC and UltraTech across India. As and when the company expands its footprint, Chamaria would like to take on the big boys. He admits that the absence of any significant footprint of national players from the Northeast did help him dominate the region.
Small is beautiful for a battery of regional Goliaths, say marketing and branding experts. “Width is an ego point. It’s not an economic point,” says Harish Bijoor, a brand consultant. “Depth is an economic point.” He points to two kinds of brands. The first ones have an ego. “They are not only in the mother state but are also spread everywhere,” he says. Then there are brands from smaller towns and cities that have only one ambition, which is to dominate the markets they belong to. Brands like Gopal Snacks and Star Cement know the needs, taste and requirement of the local areas. “Only when the small market gets saturated, they would look outside,” he adds. Also read: How DMart became a solid, homegrown regional supermarket chain in India
One such brand that has unfolded its national, and to a certain level global, play is Suguna Foods, from South India which claims to have over ₹9,100 crore in revenue. The poultry major first expanded to Sri Lanka, followed by Bangladesh in 2011 and Kenya six years later. In 2020, the International Finance Corporation, the multilateral lending arm of the World Bank, reportedly invested $54 million for Suguna’s expansion Bangladesh and Kenya. Clearly, the poultry king has a meaty ambition to become an emperor.
Back home, most of the regional brands, even with some degree of global heft, are content with their regional dominance. Ahmedabad’s Shree Bhagwati Group is one such glowing example. The group, which is the biggest flour player in Gujarat with its Gaay Chhap and Uttam brands, and exports to over 25 countries, is clear about its aspirations. Still there is too much juice left in Gujarat, Rajasthan and Maharashtra, points out Vashist Nitin Patel, director at Shree Bhagwati Flour & Foods. “We just need to grind along and stay patient.”
In the second edition of ‘Regional Goliaths’, Forbes India brings you fascinating tales of a clutch of local satraps who have so far impressed all with their stories of dominance, patience and brilliance. But will the ‘kings’ be able to hold on to their thrones? The answer, my friend—as legendary Bob Dylan reminded us—is ‘blowin’ in the wind’.