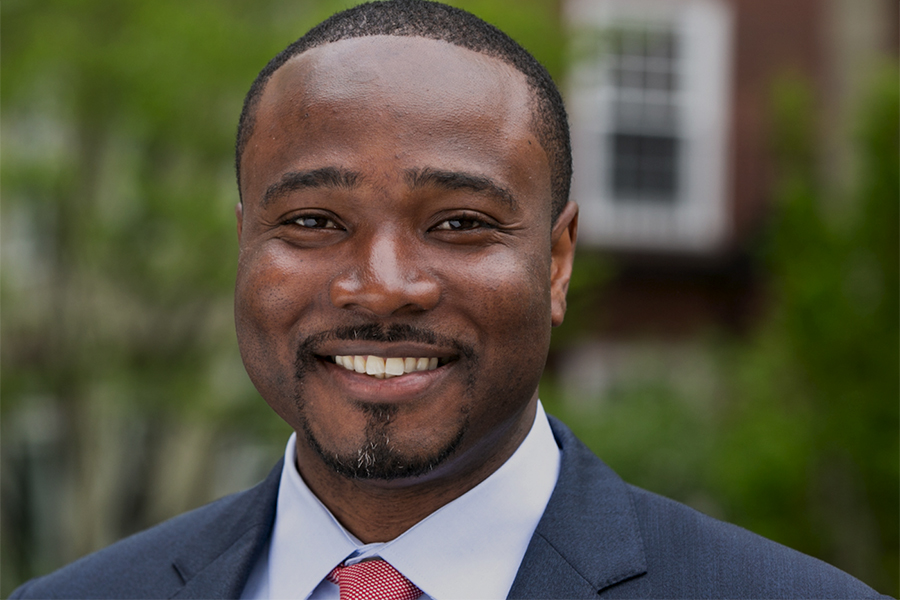 Q Everyone has been impacted by the global pandemic, but can you talk about the particular effects on emerging economies?

To be sure, the entire world has been impacted by COVID-19. But emerging economies have been severely impacted in four ways. First, there has been a significant loss of the capital needed to jumpstart economies. Since the pandemic began, more than 100 billion dollars have been siphoned off from emerging economies by global investors who view the risk as too much to bear.

Second, governments in these economies have had to redirect their capital resources to deal with the crisis, which means they haven’t been able to provide the usual level of services.
Third, on a social and household level, people throughout the global diaspora who typically send money home to family members have not been able to do so. Much of the Philippines’ GDP, for instance, comes from remittances which have been impacted severely by widespread job loss.

The last key area is poverty. Emerging economies are in danger of seeing decades of progress wiped away. In Africa alone, we’re looking at over 50 million people who are at risk of sliding back into extreme poverty. These are just a few of the ways COVID-19 has impacted emerging economies.

Q You’ve written a book about ‘the prosperity paradox’. How do you define it, and how it is important to solving all of this?

Put simply, the prosperity paradox is the idea that focusing on poverty doesn’t actually fix poverty. If you look at the global development industry, there’s a lot of focus on fixing the visible signs of poverty. If you go to a poor country and see quality education and healthcare are lacking, your reaction might understandably be, ‘Let’s build schools’ or ‘Let’s build hospitals’. This is the approach that the development industrial complex has taken to fixing poverty, but the results to date are disappointing. Many of these indicators have gone up in different areas while poverty has remained.

A more effective approach to alleviating poverty and creating lasting prosperity is to invest in innovation—and a particular type of innovation that we describe as ‘market creating innovation’.

Q How do you define the terms ‘non-consumers’ and ‘market-creating innovation’?

Economies are complex entities, consisting of a mix of government bureaucracy, the private sector, the NGO space, civil society, institutions and infrastructure. What we’ve tried to do with our research is to simplify that by looking at the economy through the lens of consumption and non-consumption.

Market creating innovations transform complicated and expensive products into products that are simple and affordable, so that many more people—non-consumers—can access them. In doing so they necessarily address the barriers to consumption, and create widespread prosperity in the process.

One company that has done this brilliantly is Celtel, which set out to create mobile phone markets for non-consumers in some of the poorest countries in the world.

Celtel was able to make mobile phones affordable by enabling people to buy cellphone minutes incrementally—if you can only afford five minutes a month, you buy five minutes of air time. They also figured out how to make mobile phones simple enough that customers did not require expertise to use them. Celtel ensured customers could easily access the products by leveraging the widespread informal retail network that already existed in many emerging economies, consisting of open markets and people selling products by the side of the road. And in terms of time, they made it incredibly quick to buy mobile minutes by way of scratch cards. It takes less than a minute or less to scratch the card and input the minutes into your phone.

It all started with Celtel asking, ‘Why are people in emerging economies not consuming cell phones?’ and lifting all of the barriers to consumption. As a result of that market creating innovation, today Africa has close to a billion mobile phone subscriptions. The industry is providing billions of tax dollars per year, it supports (at least pre-COVID) about three to four million jobs, and is worth roughly $150 to $200 billion dollars. That’s the kind of impact a market-creating innovation can have.

Q You believe that today’s innovators can seize opportunities to create entirely new growth engines for their organizations. Are there certain sectors where most of these opportunities lie?

Q As we move forward, periodic crises are inevitable. What steps can leaders take to prepare their organization for this inevitability?

I would advise leaders to maintain a portfolio of multiple types of innovation. As indicated, market-creating innovations create new markets, but there are other important innovations that together keep organizations vibrant. Sustaining innovations improve upon existing products that were “good” to begin with. Think about an improved camera on your smartphone, or new digital features in a car. Then there are efficiency innovations, which help organizations do more with less.

It turns out that many organizations are over-indexed on sustaining and efficiency innovations. Few organizations actually maintain a properly balanced portfolio that includes innovations that create new markets.

When you create a new market, on an organizational level, you will ultimately reap significant returns because you are serving people who historically have not been served. On a societal level, market-creating innovations create more jobs and increase the tax base. So, ultimately, they create greater prosperity.

Q You recently lost your mentor when renowned innovation expert and Harvard Professor Clayton Christensen died. What did he teach you about innovation?

He taught me so much about innovation, management, and economic development. But perhaps most importantly, he taught me how to properly frame problems so that we have a better shot at getting to the right solution.

In terms of innovation, he taught me three things. First, not all innovations are created equal. Innovations need not be high-tech nor feature-rich. From an economic development impact standpoint, some increase efficiency in a given industry, others create new markets, and some make existing products better. Each type is valuable for sustained economic development, but market-creating innovations often serve as the foundation on which many vibrant economies are built.

Second, innovation is a process, not an event. Guess which American city is known as the cradle of the Industrial Revolution. New York? Boston? In fact, it’s Lowell, Massachusetts. Thanks in part to its textile business, Lowell thrived as a great industrial city in the 1850s and was home to the largest industrial complex in the United States. But by the early 1900s, it began losing jobs to the Southern United States. By 1931, it was described as a ‘depressed industrial desert.’

Lowell rose to prominence because the city was home to firms that were innovating to meet the needs of customers, both locally and nationally. Textile innovators in the city developed a labor production model known as the Lowell system, which drastically drove down the cost of textile manufacturing, made work more humanizing for workers, and ultimately resulted in a boom in textile manufacturing. But over time, Lowell’s textile firms were unable to respond to the changes in their industry. For it to have remained prosperous, entrepreneurs in the city would have needed to reinvent their business models. They would have needed to keep innovating.

Third, innovation is the engine that powers our infrastructures and institutions. It isn’t a thing that happens on the fringes of society, it is the process by which society develops itself. It is precisely through innovations that create, or connect to, new markets that societies can create jobs, pay taxes, and build their infrastructures and institutions.

Consider the case of Detroit. The City, once home to 1.8 million people, was one of America’s most prosperous. From Motown to the Big Three (General Motors, Ford, and Chrysler), Detroit was a booming city. Today, its population hovers around 700,000 with a violent crime rate triple the national average. Detroit’s unemployment rate of 20 per cent is the highest in the country.

Detroit’s woes began in the 1950s when major automakers seemed to lose touch with customers, and specifically non-consumers and those at the low-end of the market. For example, by some estimates, Ford’s 1957 release of a new model, the Edsel, was a $250 million flop (more than $2 billion in today’s dollars). It was both too expensive and a gas guzzler.

During the 1970s oil crisis, as Americans were opting for smaller and less expensive vehicles, Detroit automakers continued to make larger and costlier vehicles. During the craze for smaller Japanese cars, a Ford engineer noted, “This small-car thing won’t last forever. I can’t see American drivers being satisfied for long with manual gear-shifting and limited performance. The pendulum will swing back.” Unfortunately, it never did and Americans turned to foreign automakers to meet their demand for smaller vehicles. Detroit automakers had to lay off thousands of workers and shutdown many plants, which caused many in the city to seek opportunity elsewhere.

As Detroiters left, so did the city’s tax base. Without a gainfully employed and growing population, the city found it hard to fund its infrastructure and institutions. The rest, as they say, is history. Today, Detroit is trying to revitalize itself as a city where business and innovation can thrive. City officials should study Detroit’s rise, with an intense focus on the business models that catapulted it to global prominence.

Efosa Ojomo leads the Global Prosperity practice at the Clayton Christensen Institute for Disruptive Innovation, a think tank based in Boston and Silicon Valley. He is the co-author with late Harvard Business School Professor Clayton Christensen of The Prosperity Paradox: How Innovation Can Lift Nations Out of Poverty (Harper Business, 2019). This article originally appeared in a recent issue of Rotman Management, the magazine of the University of Toronto's Rotman School of Management. www.rotman.utoronto.ca/connect/rotman-mag.