Chargebee has become a powerhouse of innovation supporting the subscription revolution that the cloud model has made possible. It helps individuals, small- and medium-sized businesses and large enterprises set up, manage and automate subscriptions, billing, invoicing and payments 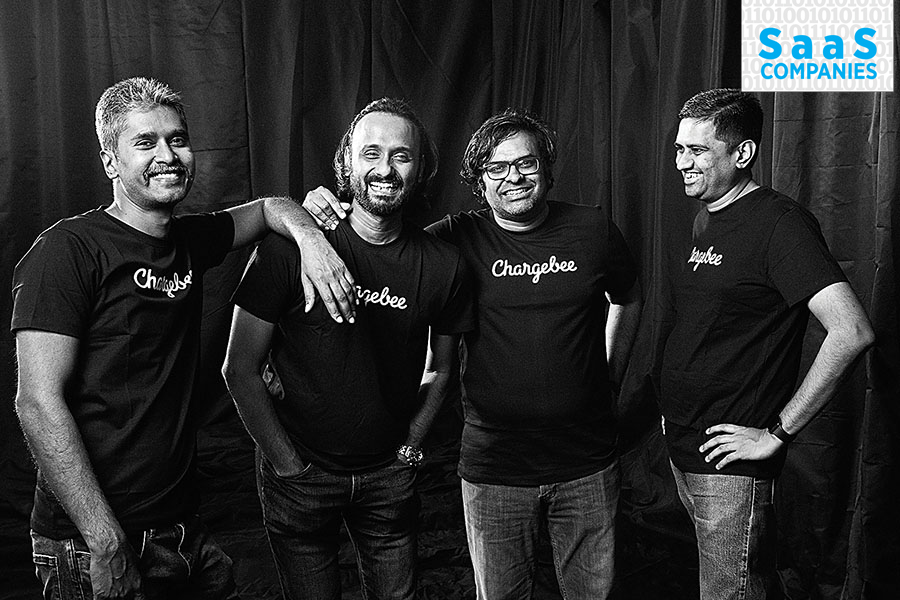 The subscription model is the way to do things in the world of software these days, as the cloud model becomes more mainstream than ever. It drastically reduces upfront costs, and brings down the time it takes to actually benefit from a piece of software by keeping most things on the cloud.

Chargebee, founded in 2011, has become a powerhouse of innovation supporting the subscription revolution that the cloud model has made possible. The company helps individuals, small- and medium-sized businesses and large enterprises set up, manage and automate subscriptions, billing, invoicing and payments.
Its more-than-4,500 customers include large corporations such as Fujitsu as well as other SaaS companies, including Freshworks. Chargebee supports over 100 currencies, and some 30 payment gateways in more than 53 countries. 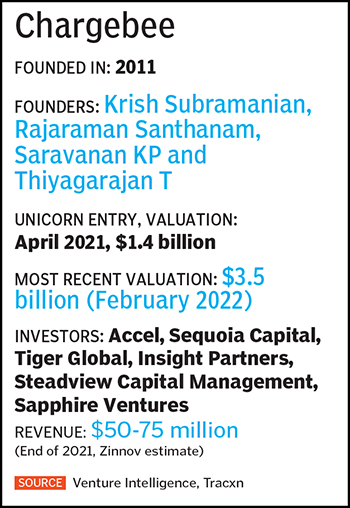 The company has four ‘official offices’, more than 500 home offices—as the post-Covid hybrid reality takes hold—and operates in 21 time zones in 17 countries, according to its website.
With its seventh round of funding—a $125 million investment last year—Chargebee became a unicorn, and less than a year later, raised twice as much more money and more than doubled its private value as well.
“There is room for a lot of innovation in the B2C (business to consumer) side. In B2B, subscription is the norm,” co-founder Krish Subramanian told Reuters in February.
Chargebee is now going well beyond subscription management to offer sophisticated analytics and the ability to experiment with pricing and revenue models to customers. It is also adding product features that can help customers expand operations in overseas markets—like an “industry-first” e-invoicing feature compliant with rules in India as well as the European Union.