One of the largest such programmes saw the participation of over 2,000 contestants. The selection process took two months 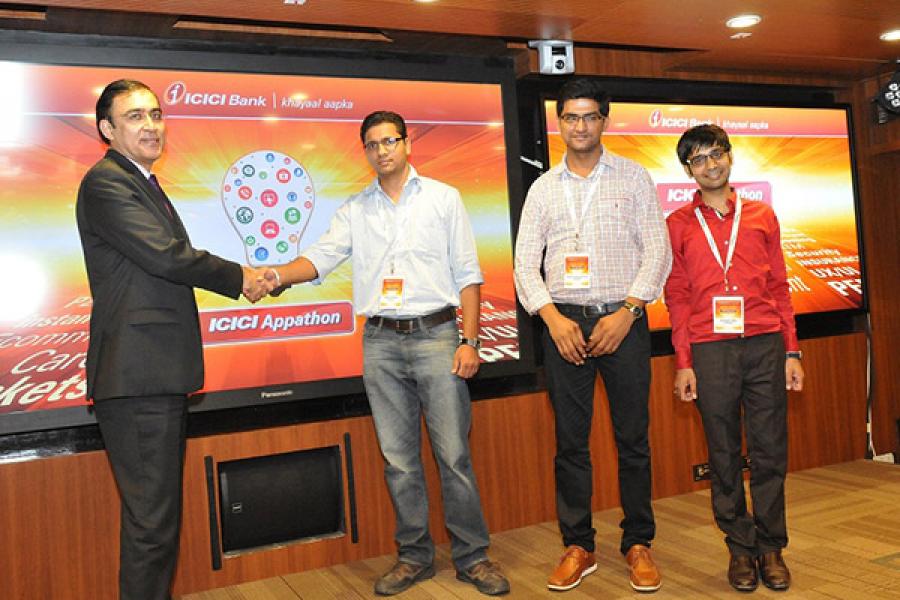 As part of its efforts to leverage the potential of the Indian startup ecosystem, ICICI Bank on Tuesday announced the winners of its ‘Appathon’, a virtual mobile solution development programme. “We exposed over 200 APIs (Application Program Interface) from across the ICICI group, and allowed the developers and entrepreneurs to use these to create products,” says Rajiv Sabharwal, executive director, ICICI Bank. The selection process lasted just over two months and included over 2,000 applicants. The programme, claims Sabharwal, was the largest of its kind in the country.

Conversational Banking, a mobile solution aimed at enabling banking through conversations based on natural language processing and artificial intelligence on various channels like chat and speech, won the top prize in the competition. It was created by Mohit Talwadia from Bengaluru. Another mobile solution called ICICIKey that increased the ease of payments and security through a digital keyboard bagged the second prize. ICICIKey was built by Yethapu Parthasaradhi Reddy. The third spot was awarded to iBanking.

Created by Samyag S Shah from Pune, it is a mobile solution based on creating a mobile banking application with an interface that was similar to messaging service, WhatsApp. The awards included cash prizes worth Rs 10 lakh, 7.5 lakh and 5 lakh respectively, besides the option of participating in accelerator programmes.

“We will work with them to convert these mobile solutions into real life products, and ensure that they are robust,” adds Sabharwal. On whether the partnership would be exclusive to the bank, Sabharwal said the choice would lie with the developers.

Indian banks of late have ramped up their interactions with startups, with HDFC Bank announcing in March this year that it would partner with 30 startups as part of its 'Go Digital' strategy.

As for ICICI Bank, Sabharwal says it is working with startups individually as well as through incubation workshops to discover and develop solutions. “We’re also looking at whether we should invest in these companies, and if there is a compelling proposition, we will look at it,” he says.

Tweets by @forbes_india
With Sanjay Nayar at the helm, KKR feels the pulse of Indian investment market
India could grow at 8-8.5% on above average monsoon: Jaitley