I see no practical use for cryptocurrency: Paul R Brody

Brody, EY's Global Innovation Leader (Blockchain), spoke exclusively to Forbes India about the unrealistic expectations of blockchain technology, and why it's probably the 'most boring revolution' ever 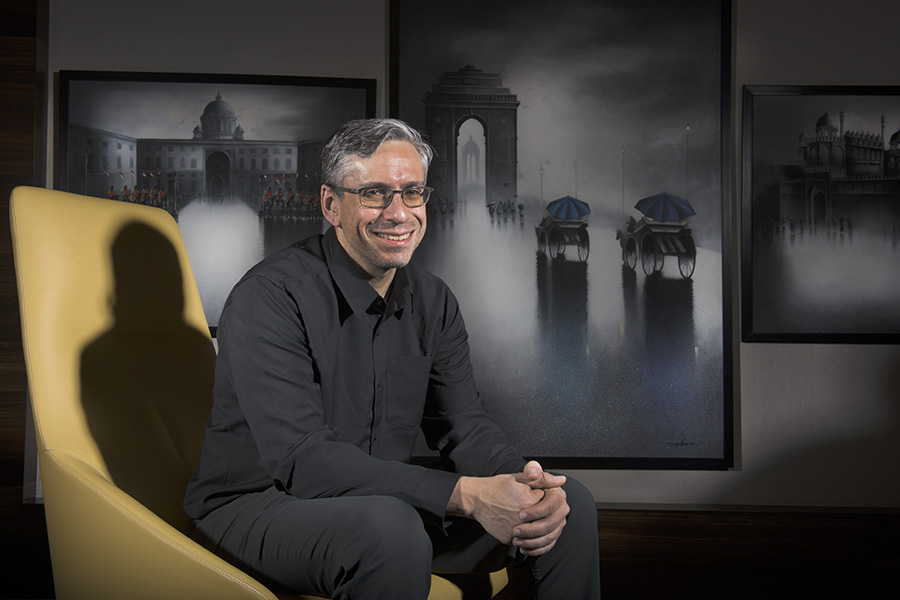 Paul R Brody doesn’t mince words. As EY’s Global Innovation Leader (Blockchain), Brody visited India last month, and said that building any blockchain solution isn’t about the technology, but the people and process that surround it. In fact, associating blockchain with cryptocurrency has probably had a negative impact on its adoption, even in India.

Brody isn’t new to India—he first came to the country in 1995, when he was part of McKinsey. In fact, his mother helped with the initial set-up of Tata-Unisys in the 1980s. “It’s been wonderful to see how India’s economy has grown so much,” says Brody, who led EY first blockchain strategy engagement, examining how digital services, payments and Internet of Things (IoT) are coming together in new ecosystems.

While conceding that blockchain is revolutionary, Brody believes that it will be the most boring revolution in technology ever. Edited excerpts from an exclusive interview with Forbes India:

Q. Why has Blockchain remained a buzzword in many countries, including India?
I’m not sure if India has been particularly slow in adopting blockchain but it has certainly not been at the forefront. The association of blockchain with cryptocurrencies has probably had a negative effect, but no worse than in a few other countries.

One key factor, not just in India, but around the world, is that people have unrealistic expectations about how quickly a technology like blockchain will be adopted. Unlike consumer internet applications, enterprise systems are adopted very slowly. Consumers don’t usually spend much time thinking about system integration or security issues and they’re individually empowered to sign up for new services.

Enterprises, by contrast, are driven by complex systems integration. Adoption depends on re-thinking processes and integrating systems, and getting comfortable with security considerations. What takes an individual just a couple minutes to adopt a system like Uber or Ola, takes a company months. While there are some regulatory issues, our discussions with government agencies in India suggest that they are ready and interested in the use of this technology for business applications

Q. So what are the issues impacting its adoption?
One of the biggest challenges is combatting the lack of understanding… Blockchain transactions cost pennies and can be completed in seconds or less. We tested private blockchain systems at our labs at up to 20 million transactions a day, and in some cases, we think we can easily get to 100 million per day in the near future.

At times, some blockchain transactions have been expensive [at the peak of the blockchain bubble] and slow. The thing to remember is that blockchain technology is not a static system. There has been an enormous effort applied to fixing known issues such as scalability, energy consumption and cost. We are very happy with the progress made and with the roadmaps for further improvement—we do not see transaction cost or capacity as issues likely to impede growth in the foreseeable future.

One must carefully choose the kinds of business applications to run on blockchain. Even though blockchains are getting faster, they are never going to be cheaper or faster than existing banking payment systems or stock exchange platforms.

The real value proposition in the enterprise is the ability to collaborate digitally across many partners with shared business logic. Blockchains excel at handling complex rules that require sharing information across many parties, such as insurance policies or volume purchases and shipping agreements. Traditional banking systems are great at speed, but they do not allow for the parties to include shared business rules in these agreements, for example. The work EY is doing with Microsoft is an excellent example: We are jointly deploying a blockchain solution for digital business contracts, with a focus on software and IP licensing.

Q. What sectors can blockchain disrupt in India?
The potential positive impact of blockchain on the Indian economy is enormous. Even though the era of the ‘License Raj’ is long past, there are still complexities that need to be addressed, particularly in supply chains. Counterfeiting and fraud remain big areas of concerns. Using blockchain technology, we can write smart contracts that make sure companies automatically comply with regulations and pay taxes, all while keeping track of product origin and history with a complete audit trail.

The power of blockchain to allow networks of companies to work together more effectively is exciting. Large companies invest heavily in planning systems that connect suppliers, and that’s where blockchain can play a significant role. In the past, this kind of technology has been too costly for small and medium businesses. With blockchain, I believe it will be possible for medium-sized companies to build sophisticated digital connections with partners and get product-to-market faster, and at a more competitive cost.

When it comes to AI and IoT, the convergence is already happening—especially with IoT. At EY, we are already tracking things like food shipment temperatures for businesses. When we combine blockchain with AI and IoT in the future, where we are headed is truly autonomous digital commerce.

Q. Do you see any future for Bitcoin in India? Would India stay conservative or take a leap of faith?
I don’t see any reason why people should be prohibited from owning them. I see Bitcoin as just another ‘foreign’ currency—only one without a country. That being said, I see no practical use for Bitcoin or nearly any other cryptocurrency.

Most people and companies earn their revenue and spend their money in local currency; we believe the future of business transactions on the blockchain are tokenised fiat currencies—basically blockchain-linked dollars, euros, yen, rupees and so on. Transacting on a day-to-day business in a foreign currency just adds foreign exchange risk to all your transactions.

Bitcoin boosters like to point out that it is an inflation resistant currency. In fact, it is a highly deflationary currency model, given the limited supply. Most economists agree that deflation is, in fact, extremely bad for economies. Inflation, particularly out of control hyper-inflation, has not been a real risk in mature economies for decades, so widespread adoption of Bitcoin could be very damaging to the global economy.

Q. Globally, which sectors are making most of blockchain revolution?
Anywhere you have an industry where supply chains and business operations require many partners and shared business logic. That’s pretty much every industry. It’s encouraging that globally, and in India, we have seen many companies adopting it. EY partnered with Microsoft on software licensing and BNP Paribas on banking and finance-related work. Our biggest applications today are supply chain management, and insurance and audit. In fact, we have many clients doing business using blockchain, from crypto-assets to supply chain operations. We expect to see big growth in the near future in tax, healthcare, government, financial management and cybersecurity.

Q. But Blockchain also comes with potential downsides, including cyber threats…
So far, we have built our blockchain workforce as a mix of retraining existing EY employees and hiring new staff. The skills that make you a good developer for blockchain are the same ones that you need for any kind of challenging role: Good analytic thinking skills, the ability to imagine complex processes, and the ability to work with other people.

The biggest challenge in building any kind of blockchain solution isn’t the technology. It’s the people and process. This continues to be a major trend that all employers face: Skills around collaboration and human interaction are becoming more and more important, but this remains one of the weakest areas for education institutions. We find ourselves hiring clever software developers who struggle to present their ideas to others or organise a team meeting with an agenda and outcomes.

If I have one observation about the organisations that are most successful in handling this, it is this: Companies that invest in retraining existing staff do better. When you invest in people, they almost always repay that investment with loyalty. And they’re more productive as well. The truth is, it’s harder to learn how to work inside an organisation that’s complex and global, like EY, than to become a blockchain software developer. When we retrain an existing employee, we get someone who is delighted to learn new skills and has an open mind to absorb and apply the learning.

Q. In the absence of uniform global digital governance models, how will blockchain impact governments and businesses?
I believe blockchain will end up looking a lot like the Internet: Regulations that can be implemented without centralisation. Software systems will apply the rules that are appropriate for your location and business model. And while I don’t think there will be a uniform set of rules for blockchain globally, we are already seeing regulators around the world converge on relatively similar principles, and that’s encouraging.

Q. American Internet pioneer Vincent Cerf said, “Blockchain technology is supposed to be the aspirin of the computing world. Please do not believe it. It is not true.” What’s your take?
Every new wave of technology has its skeptics. I believe blockchain is truly revolutionary, even if many of the claims that have been made are truly silly. One thing I do believe: Blockchain will be the most boring revolution in technology ever.

The revolution blockchain provides is administrative and operational: Mundane things that we find frustrating today can be done quickly. Today, most companies already do much of their work digitally, yet when they connect with each other, they often revert to manual systems. They have an ERP system that generates a purchase order, but then they email or fax it to a supplier, who in turn, keys it in it to their own ERP system.

The result: Everyone spends a lot of time doing things like comparing purchase orders with contracts and invoices to make sure they match. With blockchain, we can keep things digital from start to finish, with all that verification and checking done automatically. This isn’t the kind of revolution that will excite any science fiction writer; but for people who have spent their lives thinking about how speed up business processes, this is as transformational as it gets.