India to grow faster than China by 2016: Goldman Sachs 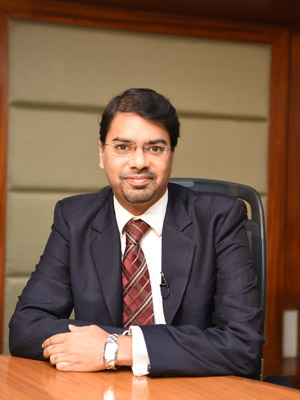 Besides Goldman Sachs, several other investment banks such as Citigroup and Morgan Stanley have also forecast a bullish trend for India’s markets and economy in the coming months.

Goldman Sachs India says recovery for the country would be led by a range of factors including easing of liquidity and rising foreign direct investments. A fall in fiscal and current account deficits and a kick-start to structural reforms from the Narendra Modi-led government will further boost the growth.

China’s breakneck pace of growth in recent years has started to sputter due to a cooling in domestic demand and investment, besides rising costs which have all impacted manufacturing activity.

“We expect a pick-up in [India] growth led by investment demand,” Poddar said. The bank forecasts India to grow by 6.3 percent in calendar year 2015. India grew by just 4.7 percent in the twelve months to March 2014.

The economist said there was a higher likelihood of structural reforms starting in the energy, infrastructure, technology and manufacturing sectors next year, while reforms to sectors like labour and agriculture could take longer, possibly over 2-3 years. Poddar also said the balance sheets of Indian companies and banks, which showed stressed assets, were likely to improve in coming years as macro-economic conditions improve.

Poddar, like several other economists, expects India’s central bank to start cutting interest rates in the first half of 2015. He is betting for a 50 basis points cut in rates through two policy meetings. The rupee is likely to remain flat at around 63 to the dollar, he said.

Tweets by @forbesindia
Making music, then and now
The last virgin island