Safety of staff during pandemic, maintaining quality of book is top priority 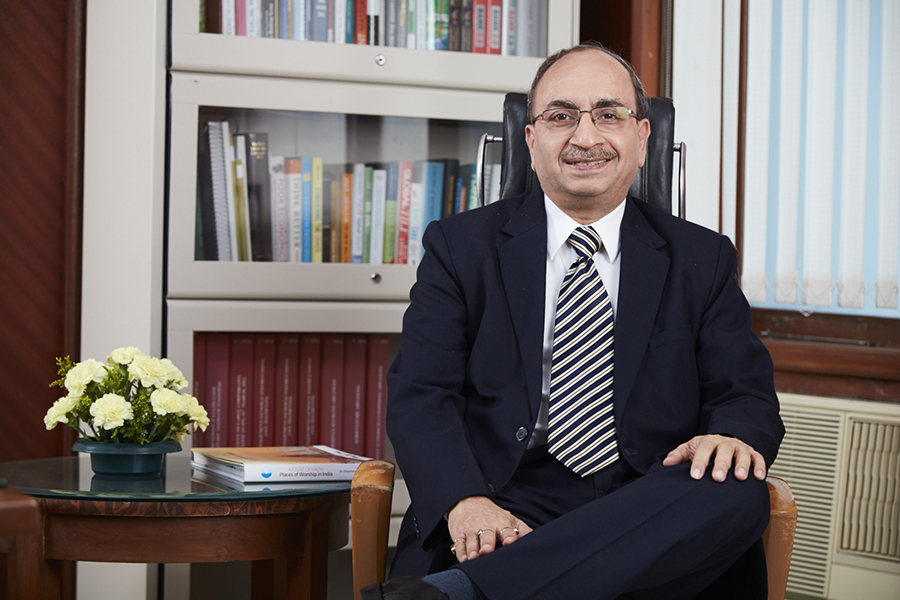 Dinesh Khara, the newly appointed chairman of India’s biggest lender State Bank of India was decidedly cautious in announcing any big-ticket strategic decisions the bank may plan to undertake in coming months. Khara, whose three-year term starts today (October 7), said–in terms of overall business–SBI was doing 70 to 80 percent volumes of pre-Covid-19 levels. “We are having different experiences in different segments. There are some concerns but more or less we are there,” he told newspersons at his first media interaction through Microsoft Teams.
India’s economic activity contracted by a record 23.9 percent in the June ended quarter, according to official data. In the backdrop of sluggish business activity and growing uncertainty for professional individuals who have lost jobs or faced salary cuts, the pressure to repay loans has increased sharply.
A committee headed by veteran banker KV Kamath has recommended the need to adopt five financial ratios and sector-specific thresholds for each ratio for 26 sectors while finalising the resolution plans. The RBI has finalised the specifications for each ratio which should be considered.
Khara, an SBI veteran for over 36 years across all verticals of banking, took charge from his predecessor Rajnish Kumar and has been closely involved with the successful completion of the merger of SBI with its five associate banks and Bharatiya Mahila Bank, in 2017.
Commenting on the restructuring loan plan for corporates, Khara said SBI was “closely observing customer behaviour”. The situation is manageable at the moment, he said. The top priority for the bank would be to manage the asset quality of its book. SBI has seen a consistent improvement in its asset quality during Kumar’s regime. The Gross NPA for the bank has reduced by 39 percent to ₹129,661 crore in June 2020 from ₹212,840 crore in June 2018. In the same period, the total provisioning to cover for bad loans has risen to 86.3 percent from 69 percent.
Weak credit growth
Khara’s main challenges, besides managing the NPA situation, are to boost credit growth which is at about 6 to 7 percent. He said that retail credit growth is starting to improve while corporates were keener to tap the capital market for investments. “We have to readjust to new realities and meet their requirements whichever way corporates want it,” he said.

SBI has in recent months created headlines by leading a group of large banks which invested capital into the then troubled Yes Bank–which had been placed under a moratorium–as part of a bailout plan.
Earlier in 2019, SBI had along with a consortium of banks tried unsuccessfully to revive the grounded Jet Airways, which is now in the midst of an insolvency resolution programme. “Matters [such as Yes Bank or Jet Airways] are deliberated at length and decisions towards such cases are taken by the SBI board. If any corporate is in distress and if they need help within the framework of the RBI, we will be more than happy to come to their help,” Khara told media.
SBI’s digital journey through its Yono application has been noteworthy, when compared to other public sector banks. Yono saw 2.9 million registrations in the June-ended quarter, when banking in the physical form took a major hit due to the lockdown. The cumulative registrations through Yono are at 24 million.
The share of transactions in SBI through digital—comprising Yono, internet, mobile and UPI—was 62 percent in June 2020, while only 7 percent was through the branch, 11 percent through business correspondents and 20 percent through ATMs.