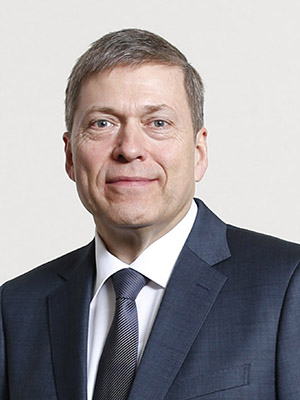 Number one priority for the new chief of Tata Motors: Make the brand positioning more consistent. With a wide portfolio of products Guenter Butschek, 55 acknowledges that “the brand attributes are interpreted differently across different products.” Among his first priorities is to change that.

In doing so, the former COO of Airbus who took over his new role in February has his task cut out for fixing the brand positioning. It will also take him to the heart of what ails the company – the poor quality perception of its passenger cars as well as iffy service quality of its dealer network.

At his first interaction with the media, Butschek acknowledged these problems but when asked how he planned to address them, he kept his plans close to his chest. Expect an announcement on the brand positioning front soon, he said while hinting that, “We are not going to reinvent the brand but refine it to reflect the full scope of our activities.”

Tata Motors whose passenger car sales have halved in the last two years has seen its profitability kept alive by the Jaguar Land Rover (JLRs) unit, which it acquired from Ford Motor Co in 2008. The domestic passenger car business has lost money in the last two years while truck sales have been tepid keeping profitability from its India operations under check.

Among Butschek’s main tasks is to get refine the company’s manufacturing processes. Supplier numbers will be winnowed down while manufacturing lines modified to make more than one type of variant. And there will be that all important focus on quality. “While there is always room for improvement, when I measure a plant, I want to make sure they get the quality (level) right the first time,” he said. So far while touring company plants, Butschek says he has been impressed by the passion and commitment of the people. The plants also had the optimum level of automation for a country like India. Still, there is room for improving labour productivity.

For now, Tata Motors has high hopes for the launch of the Tiago hatchback. The car, which was formerly named, Zica is expected to be a test on whether the changes have had any effect. A successful launch could energize the organization, Butschek believes. “We are at a crossroad and this could be a game-changer,” he said.

Tweets by @forbesindia
Fawad Khan: An actor & a gentleman
How to mitigate the downside of success