We all have to grow up to be like the kiranawala: Damodar Mall

During a panel discussion at the Retail Leadership Summit, industry leaders offer tips to take retail to the next level 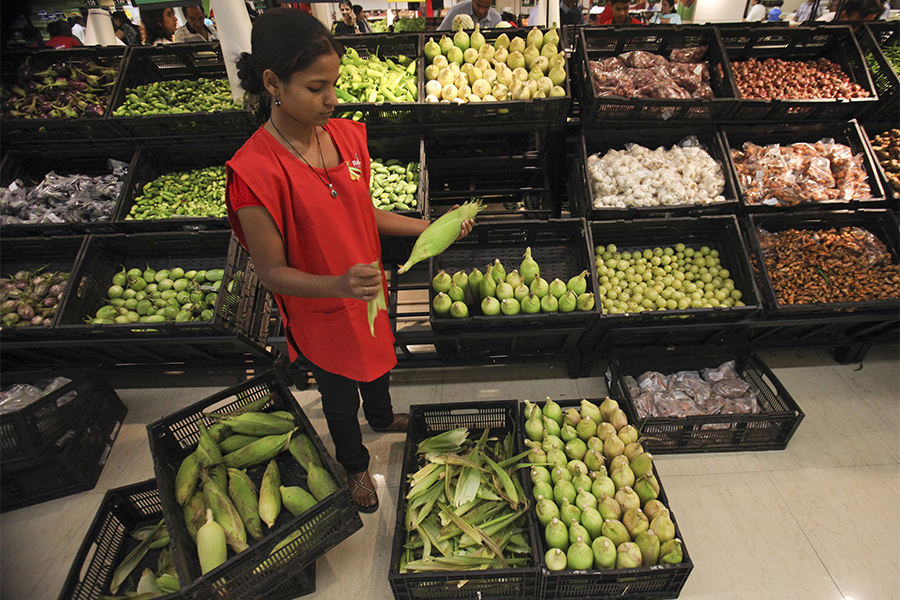 An employee arranges vegetables in the fresh foods section of a Reliance Fresh supermarket in Mumbai
Image: Danish Siddiqui / Reuters


“For me, out-of the-box means un-segmenting the market, getting into the box and reducing cost and speed,” says Sadashiv Nayak, CEO, Big Bazaar. Nayak was speaking at a panel discussion on how to take retail to the next level with out-of-the-box thinking at the Retail Leadership Summit organised by the Retailers Association of India (RAI) in Mumbai.

Nayak’s co-panelist, Hari Menon, co-founder and CEO, BigBasket, says the most important thing is to empathise with the consumer. “And that’s a challenge because we don’t see our consumers. It is only our delivery boys who see them,” he says. The company, therefore, relies on machine learning and analytics to understand their consumers better and serve their needs.

“Ultimately, we all have to grow up to be like the kiranawala and work hard to be as emphatic as a kirana store,” says Damodar Mall, Grocery Retail, Reliance Retail Limited. He adds that talks of ‘omni-channel retail’ as a new phenomenon surprises him. “Fifty percent of business for a kirana store always came from home deliveries. Sometimes the order was given through a call, sometimes on a piece of paper. It is just that the piece of paper has become an app now,” he says, adding that retailers need to use more technology to do what the kirana stores did.

For instance, Nayak says, “After the demonetisation announcement, we kept POS machines in our stores for people to withdraw money, offered 5 percent cashback in partnerships with financial institutions, and through these initiatives, people saw us as an active company trying to help them. They saw value in us.”

The panel then discussed themes ranging from how consumers want brands to know them, yet not invade their privacy, how to use big data to track consumer behaviour and predict what they want and how to best communicate and retain consumers.

That doesn’t necessarily have to be through discounts, says Menon. Dhruva Chandrie, SHOP CJ, Network Pvt Ltd, agrees and says that they have moved away from discounts and coupons since last year. “We are now focusing more on the investment game to improve consumer experience rather than the discount game,” he adds.

Mall adds that retailers in India are lucky because the country has a large number of festivals. “Each festival is a license to consume,” he says. It all depends on how retailers leverage the opportunity.