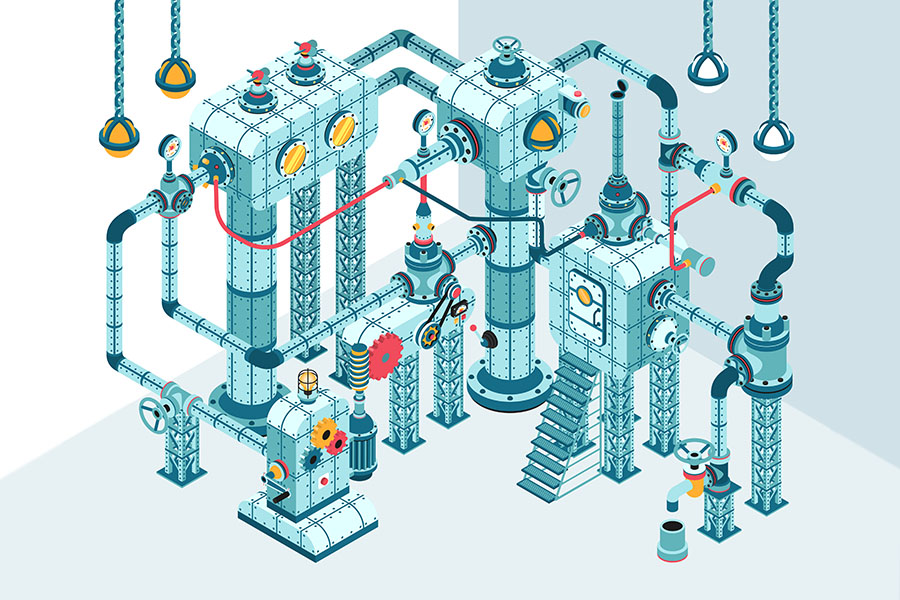 The inner workings of these corporate venture capital units have been largely hidden. Traditional venture capital firms, though also secretive, typically follow a well-worn playbook for structuring leadership and decision-making processes for their investments. CVC, however, isn’t as straightforward Image: Shutterstock

Innovation is key to a corporation’s survival. No company wants to be the next Blockbuster, Sears, or that one nobody even remembers anymore.

“If you look at the large Fortune 500 companies 50 years ago, many of them no longer exist,” says Ilya Strebulaev, a professor of finance at Stanford Graduate School of Business. “The big reason why was their failure to innovate.”

Historically, large corporations kept up with innovation through in-house R&D and mergers and acquisitions. Yet it’s only in the last decade that corporate venture capital (CVC) has gained traction as a way to remain relevant and stay ahead of competitors. In 2020, corporate venture capital arms invested more than $70 billion in startups, accounting for a quarter of all VC deals.

However, Strebulaev notes, the inner workings of these corporate venture capital units have been largely hidden. Traditional venture capital firms, though also secretive, typically follow a well-worn playbook for structuring leadership and decision-making processes for their investments. CVC, however, isn’t as straightforward.

That’s why Strebulaev, working with GSB research fellow Amanda Wang, has been focused on revealing what’s inside the black box of corporate venture capital units. Over nine months, Strebulaev and Wang interviewed senior investment professionalsopen in new window working in the VC units of 74 U.S. companies, representing almost 80% of all CVC units in the S&P 500.

One of the most striking things they discovered was that no two corporate venture capital units are organized alike. “There is no one-size-fits-all,” Strebulaev says. “That alone was a big revelation.”

And the way these CVC arms are organized, he adds, is not very efficient. The interviewees mentioned corporate and financial constraints as well as a general lack of knowledge about venture capital among corporate leadership. More than 60% of the senior executives Strebulaev and Wang spoke with confided that their parent companies do not understand the norms of venture capital.

Strebulaev and Wang also explored how investment decisions are made. Most corporate venture capital units use a two-tier decision-making process, often requiring near-unanimous approval from a committee outside the team. In traditional VC firms, once a partner decides to invest in a startup, the deal can be quickly finalized. Speed and agility are seen as essential; having another layer in the process is thought to complicate matters and create bottlenecks.

The research revealed that the chain of command varies widely among CVC units. Some report to a chief strategy officer, some to the CEO or CFO, and others to the head of development. That’s a problem, Strebulaev says, as “different C-suite executives within organizations have very different views on how outside minority investments in innovation should work.”

While traditional venture capital firms focus squarely on financial returns, almost to a fault, corporate venture capital can suffer from a lack of clear objectives. Strebulaev and Wang found that some CVC arms don’t even track their financial returns. One interviewee told them that their company’s investment goals were entirely strategic, not financial: “My CFO said, ‘I don’t even want you to financially track these investments — I’ll write every investment off as an R&D expense the day you close the transaction.’”

“If you’re not investing in startups that are financially successful, then they’re probably not giving you the strategic benefits that you’re looking for,” Wang says.

Most venture capitalists judge their investments’ performance over a timeframe of a decade or longer. But many corporate VCs reported being evaluated on a short-term basis. As one observed, “This is where CVC is so funny to me because to really do true innovation, you have to have a super long-term horizon, but in reality, we have a super short-term horizon. The long term is sacrificed for those short-term needs.”

Many who work in corporate venture capital said that they aren’t sufficiently financially compensated for their successes. Only 15% reported that they receive profit sharing or carried interest and, surprisingly, nearly two-thirds don’t get bonuses based on how their funds perform. Wang notes that while “you can’t make more than the CEO of your corporation on carried interest,” the lack of performance-based bonuses is “highly problematic.”

Careerwise, the bright spot is that corporate venture capital is a good stepping-stone to traditional venture capital, as its entry requirements are not as stringent or competitive as those at conventional firms.

Strebulaev and Wang plan to follow the corporations and professionals interviewed over several years to see how they evolve. And the researchers are about to start a second wave of interviews to find out more about how CVC works outside the United States. Strebulaev hopes the most recent round of research will guide CVC units to become better organized and more efficient. He notes that many participants in the study said they were eager to see the results so that they could create benchmarks to compare their performance with their peers’.

Strebulaev says many of the barriers faced by corporate VCs likely stem from complicated objectives, corporate culture, and the relative newness of corporate venture capital. He says that often corporations trying to get in on the action have launched their CVC arms in an ad hoc fashion.

Instead, he advises, they should carefully design these units to be as efficient as possible from the start. When corporations are planning to launch a CVC unit, making a serious commitment to a long-term investment is critical. “If you design corporate venture capital units imperfectly,” Strebulaev says, “then you will not get as many results. Or maybe you will not get any results.”