What we need to solve India's biggest problems 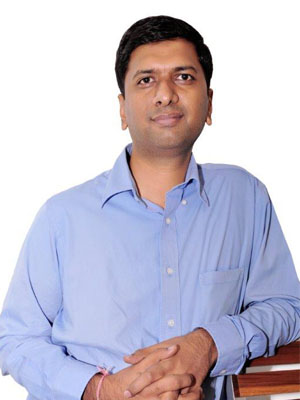 India’s new-age startups are important not only because they can create jobs and wealth for many, but also because they hold the promise of solving many of Bharat’s biggest problems - something that the government has recognised, by putting together a formal Startup Action Plan for the country.

With their entrepreneurial mindset, startups will turn India’s biggest problems - healthcare and education are two glaring examples - into opportunities, and will solve them at the scale of a billion people, Alok Goel, managing director at venture capital firm SAIF Partners, said in a recent interview with Forbes India.

The key, is that entrepreneurial mindset, not just for the entrepreneurs themselves, but also for politicians and policy makers — take bold, calculated risks, bet on the country’s rising startup ecosystem, enable it with avant garde rules of the game and watch it conquer the country’s most vexing issues, Goel said.

“At the end of the day, when you have got huge problems in front of you, what you need is an entrepreneurial mindset and attitude to solve those problems. Incremental approach doesn't solve big problems. It can optimise things,” he said.

“If you want to bring the budget deficit down by 50 basis points, you can do that incrementally, but if you want to create millions of jobs and solve large problems like poverty, they you need revolutionary ideas that those come from adopting an entrepreneurial perspective.”

That means one must take care of failures, because any large problem gets solved after many different approaches are tried and discarded before one hits upon the solution. And the government has to help create the environment that makes this possible — one where “being an entrepreneur is a good thing, the right thing.”

Archaic regulations, which aid corruption, are the bane of the country. Goel recalled how the entire intercity private bus runs on a type of government licence that doesn’t really allow picking up people from multiple points along the route, if strictly interpreted, but only from point A to point B.

This was the source of a vexing problem faced by RedBus, the intercity bus-ticket booking startup where the former Google executive became chief products officer in 2012, returning to India from Silicon Valley.

There could be ad hoc crackdowns, and “you wake up find that 70 percent of the buses are off the roads and we can't sell tickets. There was no way that we could keep track of such random occurrences ... we were a ticket booking partner.”

But clearly, RedBus, which was acquired by Ibibo Group in 2013, was about solving a Bharat problem, as is Freecharge, the rewards-for-mobile-recharge startup where Goel next became CEO. “That model doesn’t exist elsewhere,” he pointed out.

“What we need is to look at regulations afresh,” Goel said. “The 50, 60 or 100-year-old regulations are no longer applicable in today's context.”