In four years, the ecommerce enabler has covered a lot of ground. From posting a modest revenue of Rs1.5 crore in 2017, Shopmatic is clocking a run-rate of Rs27 crore for March 2020 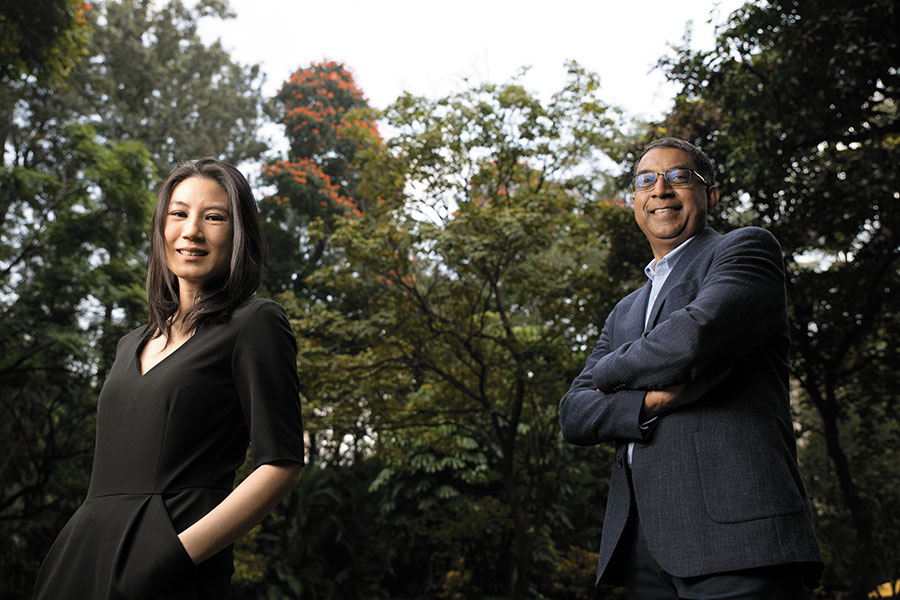 The mood in the Indian camp was exuberant, understandably so. Ecommerce enabler Shopmatic, which was incorporated in Singapore in December 2014, and spent the formative few months in the island city-state building which had its tech backend, was set to launch its India operations in January 2016, six months after conducting an extensive recce.

India-born Anurag Avula, along with co-founders and former colleagues at PayPal—Yen Ti Lim and Kris Chen—criss-crossed over 25 smaller towns and cities, trying to decipher the mood of small and medium enterprises, and their needs. Feedback from scores of puny entrepreneurs, street vendors and mom-n-pop store owners from Mysuru to Kanpur assured the 10-member Indian team about the massive opportunity that the country offered: An overwhelming majority of the estimated 50 million small and medium businesses were largely offline.

Avula, who has over two decades of work experience, was convinced about cracking the market. “Within a few minutes, we should be ready to onboard consumers,” he recalls the all-pervasive thought on Day 1. The team was waiting to celebrate with a bang. Exuberance, however, turned into embarrassment. It took Shopmatic 27 days to onboard its first consumer. The inexplicable delay drilled home the message propagated by LinkedIn co-founder Reid Hoffman: “If you are not embarrassed by the first version of your product, you’ve launched too late.” There was learning for Avula. “One can get better. We’ve done a lot of iterations from where we started to where we are now,” he says. Every year for us, he adds, is a beta year. 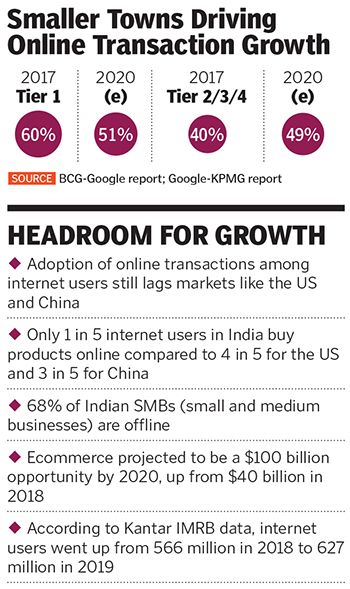 In four years, Shopmatic has covered a lot of ground. From setting up a customised web store, managing payment gateway integration, fixing logistics and shipping support, handling digital promotions, and offering insights from big data analytics, the company has evolved to become an end-to-end service provider, enabling merchants to come and do business online.

The evolution has seen a corresponding growth in financial numbers and reach. From posting a modest revenue of ₹1.5 crore in 2017, Shopmatic is clocking a run-rate of ₹27 crore for March 2020. Bottom line, too, has turned positive for the first time: It has turned profitable on a monthly basis for three months since last November. “By the next fiscal, we will be overall profitable,” claims Avula. Shopmatic’s user base, during the same period, has swelled: From over 56,000 in March 2017, it is likely to end at 4 lakh next month.

What has changed for the startup over the last two years? First, the brisk pace at which the ecommerce landscape has grown in India, fuelled by rising aspirations of millions to turn entrepreneurs, on the back of an explosion in smartphones and internet users.

India had an estimated 500 million smartphone users as of December 2019, according to market research firm TechARC. Contrast it with 300 million users by the end of 2016. There has been a similar growth trajectory for internet users. With 451 million monthly active users in March last year, India has the second highest number of internet users after China, according to a report by Internet and Mobile Association of India and Nielsen. Digital transactions too have leapfrogged: From $40 billion in 2018 to an estimated $100 billion by 2020, according to a Google-BCG report. The headroom for growth is still massive. The number of internet users who conduct digital transactions online is still relatively low—only one in five shop online, the report said. 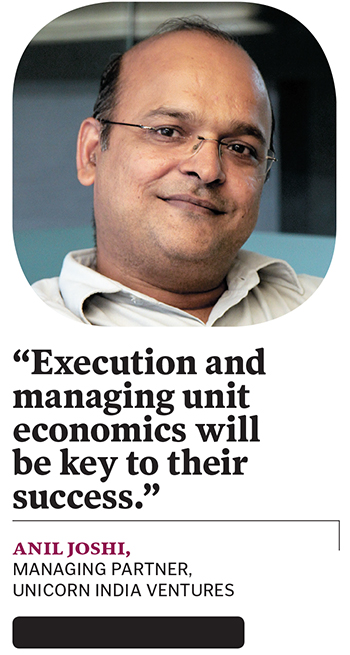 The second big shift that put Shopmatic on a high growth trajectory was the launch of its transaction model last year. Till March 2019, the startup was working on a monthly, half-yearly and annual subscription plan. The addition of the transaction model—a nominal annual hosting fee of ₹50 and 3 percent of each successful transaction—acted as rocket fuel. Within nine months, Shopmatic managed to add over 2.5 lakh merchants. “This has completely changed the game for us,” says Avula, who realised the missing link in Shopmatic’s offering. India and emerging markets, he adds, don’t have much of an affinity for subscription. “It was a big learning,” he says. The idea of ‘pay us only when you’re successful’ has also disrupted the market, says Avula.

A change in gear after four years of operations seems like a natural progression for Shopmatic. Shenaz Bapooji, chief marketing officer, explains the shift. When the startup entered India, it looked at creating the category rather than focusing on taking market share. “The idea that anyone can go online with Shopmatic deeply resonated with people,” says Bapooji. Seeing merchant adoption swell, she adds, vindicates the belief that even though the company still has miles to go, it is on the right track. The intent, she says, was not only to open up the online opportunity to small and medium businesses but also expand it to individual entrepreneurs.

The move seems to be paying off if one goes by the experiences of people like Amit Virmani, owner of Anil Candles, the oldest candle maker in Uttarakhand. Started by Virmani’s grandfather in 1968, the family-owned business was confined to a physical store in the city. When the third-generation entrepreneur took over in 2011, he rebranded it as ‘Pahari Store’ and expanded the product portfolio to include fragrances and handmade crafts. Within a few years of going online, the business is now driven by digital transactions. It has also boosted footfalls at the only physical store. “A lot of people check online and then come to the store to buy,” says Virmani. 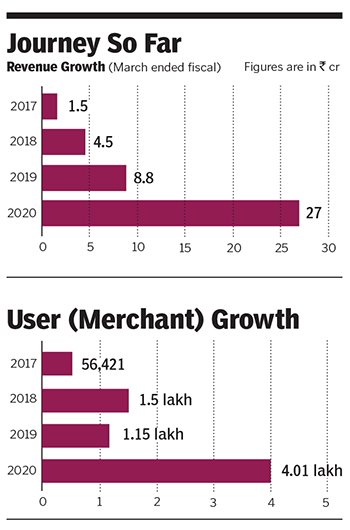 The success of Shopmatic in India, say venture capitalists, underlines the immense growth potential that the country offers, especially in taking small and medium businesses online. Two years back, 68 percent of small and medium businesses in India were completely offline, and only 2 percent were actively selling or promoting business online, according to a study by Google and KPMG. The move by the government to shift towards a digital-driven economy has opened up avenues for many businesses.

“The ease of onboarding, coupled with a host of services enabling an end-to-end online shopping process for businesses, makes Shopmatic special,” says Anil Joshi, managing partner at Unicorn India Ventures. The company has got huge traction, especially from Tier II and III cities or difficult terrain like the Northeast, he adds. “Given the size of the market they are addressing, they have a lot of room to grow,” he says.

The challenge for Shopmatic, though, would be execution. “It’s the key to their success in the long run,” says Joshi. Managing unit economics, he adds, would also play a crucial role in sustaining the business as it grows.

For Avula, the challenge lies in meeting the expectations of consumers. A lot has changed in terms of awareness of users, who are no longer satisfied with just an online presence. “Now everybody wants to do video streaming and Facebook Live,” he says. Avula is unflappable when asked about the latest move by Amazon to pump $1 billion into India operations to help small and medium-sized businesses come online. The mantra, he says, is to stay calm, focused and not think of rivals. “We just need to focus on customers. They win, we win,” he says.