Creators in India are taking baby steps to explore opportunities that come with creating their own NFTs. However, in India, it's becoming more than just a new monetisation tool to give added, personalised access to fans 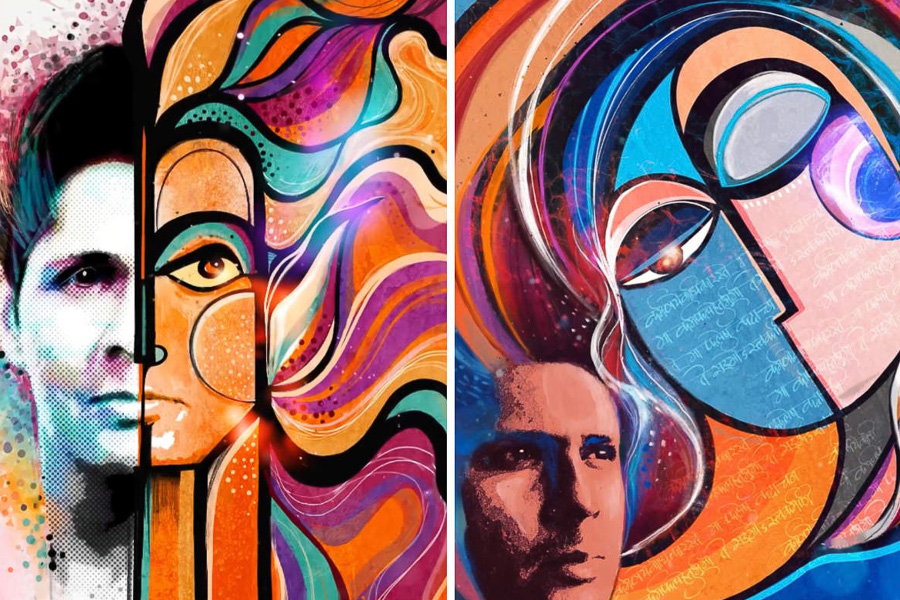 In January 2022, Singapore-based Chinese influencer Yuqing Irene sold an NFT (non-fungible token) pack for close to $5.5 million. Last year another Polish influencer, who goes by the name Martirenti on Instagram, sold an NFT for close to $250,000. This tokenisation paradigm is now hitting India as well, with influencers and content creators moving past likes, shares, and comments.

NFTs are making way to provide platform-independent monetisation options for Indian creators and influencers who are now looking beyond collaborations and paid partnerships. Thanks to blockchains, they are putting a price tag on bits and pieces of their content and also immortalising it in the process.
Financial influencer Sharan Hegde, for instance, was one of the first movers in the space. He came up with an NFT which was a five-second animated art of him doing his signature outro, and put it on auction. While the base price of the exclusive digital token was around Rs 700, it was sold to the highest bidder at Rs 65,000.

Hedge’s aim was to mostly educate his followers about NFTs and explain how it is simply not an artwork that can be saved in the gallery as a screenshot.

“I did this to help millions of Indians to educate themselves on the applications of NFTs. In India, the party is just getting started where the celebrities are launching their exclusive NFTs. Likewise, content creators can also create their own NFTs to create digital assets for their followers,” he tells Storyboard18.
According to Hegde, unlike the Western market, story-based NFTs don’t work in India. Application-based NFTs are easier to sell in India, he says.

What are application-based NFTs?

Application-based NFTs are basically incentives added to an NFT for its buyer. Sometimes it means collaborations, exclusive access to communities, while sometimes, it can also be the ticket to an in-person meeting with the creator.

Hedge’s NFT promised its buyer a collaboration with him on Instagram and this, according to him, is the way ahead to not just add another revenue channel but create an ecosystem where buyers are also incentivised to place a bid for an NFT.
Gaurav Jain, founder of social media and influencer marketing agency Creators Gram, says creating NFTs eliminate the role of middlemen when it comes to monetisation.

“While the creator can sell their NFT independent of platforms, they are also not required to give any cut to any party. NFTs as a monetisation option are here to stay,” says Jain.

According to Jain, more often than not, creator content is repurposed and the creator is not compensated for the same. Creators are also expected to pay huge cuts to the platforms they host their content on. “NFTs are a way to reach out to fans directly and, in the process, create an even bigger following,” Jain says.

Talking of possibilities, popular television face Vishal Malhotra is putting together a film that is completely funded by the sale of his NFTs. What started as just a portfolio expansion for Malhotra in June 2021 is all set to create history. Malhotra’s directorial debut film is not just funded by NFTs but is also creating financial value for its stakeholders even before it is released.
Malhotra has sold close to eight NFTs in the last year and that has helped him collect anywhere between Rs 15 lakh and Rs 20 lakh.

“While the film is my way of giving back to the industry and the profession that I’ve been in for close to three decades, it is also about creating value adds for those who have invested in my NFTs. Investors are divided into platinum, gold, silver, and bronze tickets, and they get producer credit in the end scroll. Being a part of the first NFT crowdfunded film also increases the value of their stakes,” Malhotra says.

The buzz around the novelty of the film has already soared prices of the digital assets associated with the film. The floor price of one of Malhotra’s NFTs, which was at 1.5eth (digital currency) when it was first launched, has now touched 25eth.
Malhotra says there are endless opportunities to create more digital assets from the film. “From the song to BTS (behind the scenes) moments of the film, can all be individual NFTs in the future to generate funds for more such projects alongside creating value for the stakeholders,” he says.

While Subramaniam’s platform works only with brands and artists at the moment, the NFT boom has motivated them to soon open up the platform for independent creators and influencers as well.

While discovery is a problem for NFTs created by influencers at the moment, according to Subramaniam, he also says it is only a matter of time before the trend is adopted by everyone. “In the long run, a creator can make more money from NFTs than putting up content on platforms,” he says.

A way to financial freedom

While the jury is still out on whether NFTs can bring in more money than content on a platform, the fact is, it is already allowing some independent artists and creators to experience financial freedom.

K-NAV, Jay Kila, and NLYTN released the first Indian NFT hip-hop EP in July 2021 to take back control and gain financial freedom, they say. No Free Tracks is a three-track bilingual EP meant to spread awareness about the opportunity that the NFT space provides for independent artists.

Like other creators in the space, K-NAV also believes NFT provided the unique opportunity of directly connecting with fans alongside being a revenue channel. “It is unfortunate that music artists often have to sell their rights, but with NFTs, we can find an alternate way to make money alongside collaborating with our fans directly and motivating them to be a part of our productions by investing in our NFT,” he says. He is already in the process of coming up with another NFT this year that is expected to earn close to 4X the value of the first NFT.

Gaming is another sector with immense opportunity for creating NFTs, says Rohit Agarwal, founder and CEO of marketing agency for the gaming ecosystem Alpha Zegus.

“Gaming has an incredible amount of potential given that these guys have an instrument called YouTube live streaming where they put together 4-5 hours of fresh content every day. Every small bit of this content can be made into an NFT. The gaming community is of a very dynamic age that keeps picking up on these catchphrases and epic moments during the stream that will blow up on social media and has immense potential as an NFT,” Agarwal says.

Seven to eight creators from the space have started shortlisting previous content and are building a portfolio to put together their first NFTs.

But are there no downsides in the process? Is creating an NFT easy?

Everything from gas fees (payment made by users to carry out any function on the Ethereum blockchain) to government taxes to discovery is a problem at the moment for creators in India. At least for those who do not have the bandwidth to sell NFTs through their own platforms.

However, these problems are short term, say the domain experts. According to them, in two years, the creator ecosystem will be ready to usher in the NFT boom, and soon enough brands too will join the bandwagon and create NFTs with the help of content creators and influencers across sectors.