What's needed now is the infrastructure, and a venture capital and private equity network for the next critical phase of growth 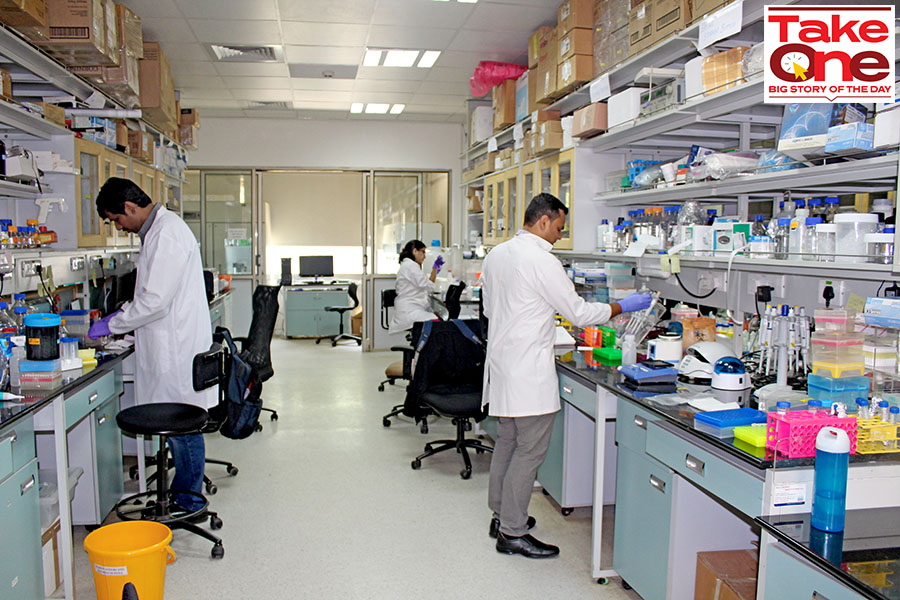 More than a decade ago, with the backing of Government of India’s Department of Biotechnology, an effort began to encourage biotech research in the country with the aim of bringing life-sciences-based products to the market that could potentially benefit millions of people.

With the progress made by some of these startups–even as the venture ecosystem in India expanded – that effort is today beginning to attract a small number of investors, both local and foreign. This increases the chances that Indian biotech startups, which largely relied on government grants and small amounts of seed money, can now increasingly look to private venture capital (VC) for more significant funding.

To underscore that point, the Centre for Cellular and Molecular Platforms (C-Camp) recently announced that seven biotech startups started with its support have together raised about $70 million this year, at a collective valuation of about $250 million.

Those are small numbers, in comparison with the billions that global investors have poured into India’s ecommerce sector, for example, but that these ventures have been able to raise tens of millions of dollars at Series-A and Series-B stages reflects the growing investor interest in supporting deep-science ventures out of India.

C-Camp—co-located with the National Centre for Biological Sciences in Bengaluru—is one of India’s biggest government-backed biotech startup enablers. It was conceptualised to provide office space, lab infrastructure, including expensive sophisticated equipment, as a service, and business handholding and networking. The organisation has supported hundreds of biotech startups so far.

“It might appear to be impossible, when something is just an idea, but these startups are showing that there can be significant outcomes,” says Taslimarif Saiyed, CEO and director of C-Camp.

Most of these companies today have reached the stage where they have built solid science programmes and demonstrated that their technologies work. Some are just beginning to bring in some revenues, others are pre-revenue companies—like Bugworks, which is working in the very tough area of anti-microbial resistance—and one or two are making significant revenues, like Sea6 Energy, which has found both Indian and global customers.

“Considering that these companies have done well at the early stage, and built solid science programmes, we can’t let them go away from their research environments,” Saiyed says. “We are hopeful that C-Camp can support them at the next level.”

One way is to provide high-end infrastructure that isn’t easily available in India today to startups, such as GMP suites and high-end fermenters, and close to the research environments that these startups need.

GMP stands for good manufacturing practices and in the context of biotech or biopharma, refers to the kind of advance fabrication required for cleanrooms as well as compliance with consistent standard procedures of manufacturing medicines. C-Camp is working on raising money from the government and other sources to build some of this infrastructure.

On the one hand, “over the time that we’ve been here, in the last seven-eight years, India has opened up to a lot more innovation-based solutions,” says Ezhil Subbian, co-founder and CEO of String Bio. On the other hand, the market doesn’t have the financial maturity, or the infrastructural ecosystem seen in the US to quickly assess such ventures and provide the next stages of growth capital and support, she says.

“It’s very tough. Very few investors in our ecosystem are willing to take the time and effort to understand new areas like this and why they [C-Camp] are critical,” she says. 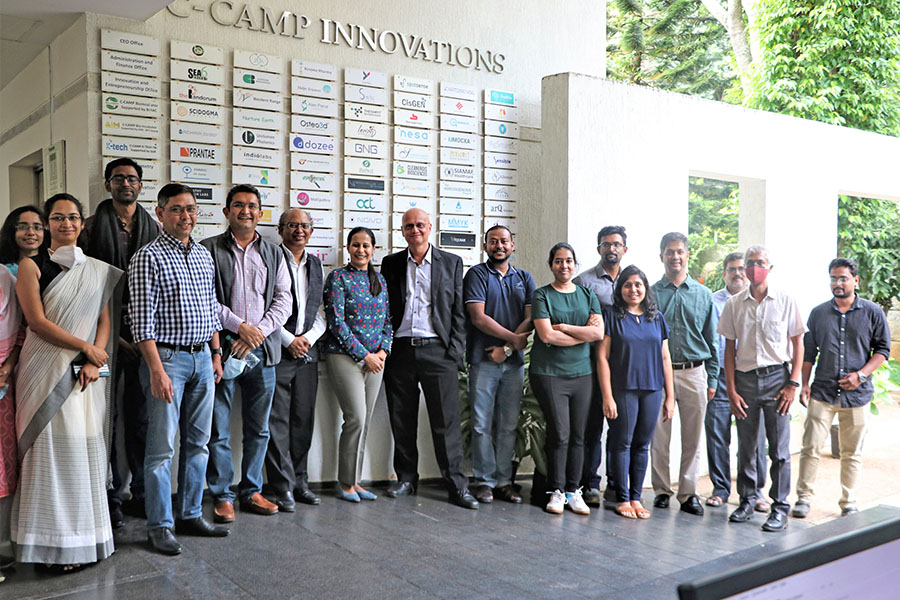 Some of the founders of the startups backed by C-Camp that raised funding this year, at a recent gathering on campus.

The silver lining, Subbian says, is in the form of those handful of supporters, such as Ankur Capital, an early-stage VC firm, and the Karnataka Government’s Kitven fund, at the early stage. And the Australian company Woodside Energy’s recent $20 million investment in String Bio is another example of larger, global investors coming in.

In general, a handful of early-stage VC firms, like Endiya Partners, Inflexor Ventures, and Speciale Invest are doing significant work in backing deep-tech startups in India. But the next stage of funding is missing.

Unlike in the software world, “for founders like us, you’ve to talk to 100 investors before you find one who’ll say ‘yes, I’m going to do this’,” Subbian says. “It’s a lot more work.”

Talk to Anand Anandkumar, co-founder and CEO of Bugworks, and you’ll get an even more stark sense of what science-based startups in India are up against.

In the US, it will take at least $500 million to bring a novel drug to the market, Anandkumar says. In India it might take $150 million. But there’s nobody to provide that kind of funding to a life sciences venture in India today.

Maybe, if they move to say Boston or Oxford, it might happen. Some of these companies have also, therefore established US-based centres or incorporated there. Bugworks and Zumutor Biologics—working in immuno oncology—are such examples.

One startup that has progressed the most in terms of commercialising its research is Sea6 Energy. While the main work of finding sustainable and viable ways to farm seaweed on the ocean’s surface and convert it into biofuel that can replace crude oil, at scale, is work-in-progress, the company’s research has yielded other products that are in the market.

Shrikumar Suryanarayan, who at one time ran all the R&D at Biocon, one of India’s biggest biopharma companies, co-founded Sea6 with some youngsters at the Indian Institute of Technology (IIT) Madras and they later moved to C-Camp. Those youngsters are formidable scientists and engineers in their own right today. Their company has partnered Mahindra Group in India and has buyers around the world for its products—bio-stimulants for crops, on which Sea6 owns patents.

“This year, we hope to do $8-10 million in revenue, just based on this product,” says Suryanarayan, who was also one of the architects of C-Camp. In fact, he was also involved in recruiting Saiyed to lead C-Camp. Saiyed, at the time, was looking to come back to India from the US, where he was working on post-doctoral research—a winner of the Parkinson’s Disease Foundation fellowship—as well as biotech venture consulting at University of California San Francisco.

Sea6 has established a base in Indonesia as well, which is a global destination for seaweed research and innovation. It is home to many more varieties of seaweed than are available around India. Sea6 makes its agri bio-stimulants in both Indonesia and in India and “we supply products now to the entire world,” Suryanarayan says.

And that is also Saiyed’s dream—to build a life sciences research and development and finance ecosystem in Bengaluru and India that can support thousands of biotech startups across all stages, and can one day rival the famous global hubs in the US and Europe.

“Risk funding at the mid-scale level is very important,” Saiyed says. With these startups having come this far, and others coming up, “we can’t let them struggle, now, (just) because they all need their Series-B” funding or beyond.

If the companies go overseas for growth money, the Indian economy loses out.

“Let’s have one solid cycle of five years of funding of deep-science research and biotech in India, with clear deliverables,” he says. C-Camp’s Rs75 crore of early funding of startups has now delivered Rs2,000 crore in next-level funding and valuations, he points out.

Saiyed adds that the next phase “can be built with public-private partnership, but quickly, now. We shouldn’t be very late in that.”

Tweets by @forbesindia
Adjust focus: How Peyush Bansal built Lenskart into a profitable unicorn
British money to condiment jars: The cost of the royal makeover from Queen Elizabeth II to King Charles III