Ukrainian sports bookmaker is betting big on cricket, kabaddi and a bunch of games in the country. But will India legalise sports betting? 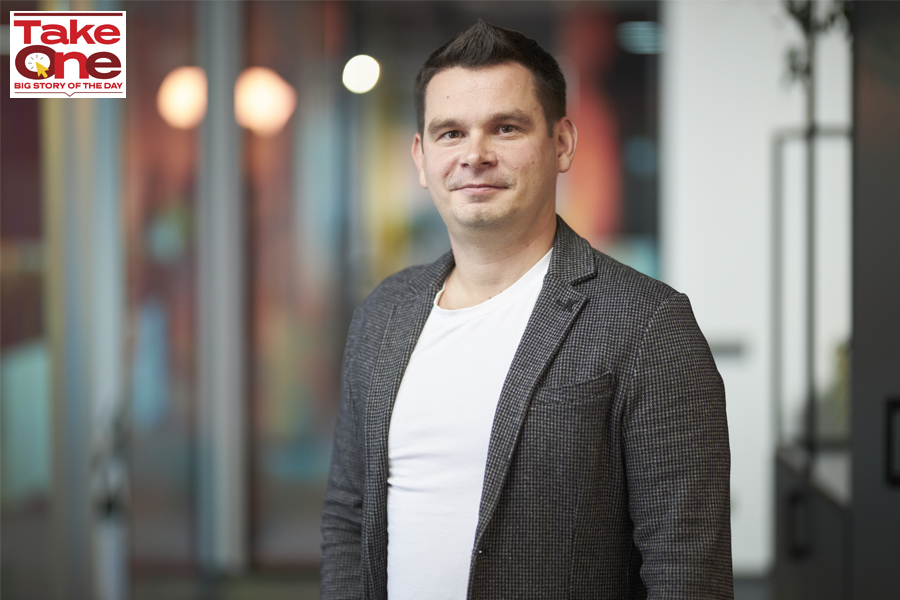 February 24, Kyiv, Ukraine. There was a loud thud early in the morning. The noise violently shook Anton Rublievskyi out of his sleep. Missiles and bombs were raining across the capital city of Ukraine, which was under an attack from Russia. The chief executive officer of Parimatch International, one of the biggest sports betting company based out of Ukraine, scurried for cover. “This August 24, it will be six months of war,” says Rublievskyi, who quickly evacuated the city along with his family, colleagues and relatives. “The rumbling of tanks and gunfire still resonate in my head,” recalls the CEO who joined the company in September 2019.

A month later, some 5,000 km away from Kyiv, Rublievskyi again found himself in the midst of some ear-splitting noise. This time, the crowd was cheering to every lusty blow by MS Dhoni. “The stadium was filled with thunderous applause,” recounts the CEO, alluding to the cricket match between Kolkata Knight Riders and Chennai Super Kings. On March 26, Wankhede Stadium in Mumbai was playing host to the inaugural game of the 15th edition of the Indian Premier League (IPL), which has been a blockbuster season for Parimatch in India.

One of the biggest online sports betting platforms globally, Parimatch operates in more than 20 countries across Africa, Asia, Europe, and Latin America, claims to have over 2.6 million users, and started its India innings towards the end of 2019. “Indians are big fans of cricket, and during the IPL, they want to place a bet,” contends the CEO whose company started operations in 1994, weaved partnerships with global football leagues and teams such as LaLiga, Chelsea, Juventus, Leicester City and Everton, and added cricket to its roster due to a massive following that the game has among Asians across the world.

In India, Parimatch allows users to bet on cricket, soccer, basketball, kabaddi, tennis, volleyball and hockey. “We operate as a global brand,” says Rublievskyi, adding that the Indians, including the huge diaspora, loves to bet on cricket. “Our Indian and Asian audience is the fastest growing for us over the last few years,” he says. Parimatch, he clarifies, conducts gambling activities based on the Curacao licencing service and offers sports betting as well as live casinos, slots and virtual games. Though Indian laws don’t allow sports betting companies or sites to operate out of India, there is no law for offshore companies who operate by getting licences from Curacao, Virgin Islands and Malta. What helps them in continuing their operations in India is ensuring that they adhere to the Foreign Exchange Management Act (FEMA) rules and deal in the Indian currency.

The betting site, for sure, offers a variety of options when it comes to depositing money. “Parimatch India,” underlines the information mentioned on its webpage, “supports the most popular payment methods such as deposit with debit cards, netbanking, PayTM, UPI and others.” The CEO explains what makes Parimatch popular among users in India. “We are honest with our users and never cheat. That’s how we operate globally,” he says. In terms of product differentiation, he underlines, most of the betting platforms would not be widely different from each other. What, though, acts as biggest differentiator is trust. “We are a global brand with global brand ambassadors and following,” says Rublievskyi. “Our product and honesty make us popular,” he adds.

Dmitry Belianin, chief commercial officer of Parimatch International, explains why betting is popular in India, especially in cricket. “Indians like spices,” he says. When they are watching cricket, he adds, they spice it up by betting on it. His colleague Rublievskyi chips in with his take on cricket and betting. “We are promoting betting as a lifestyle, fun and entertainment thing. What popcorn is for movies, betting is for sports,” he reckons. 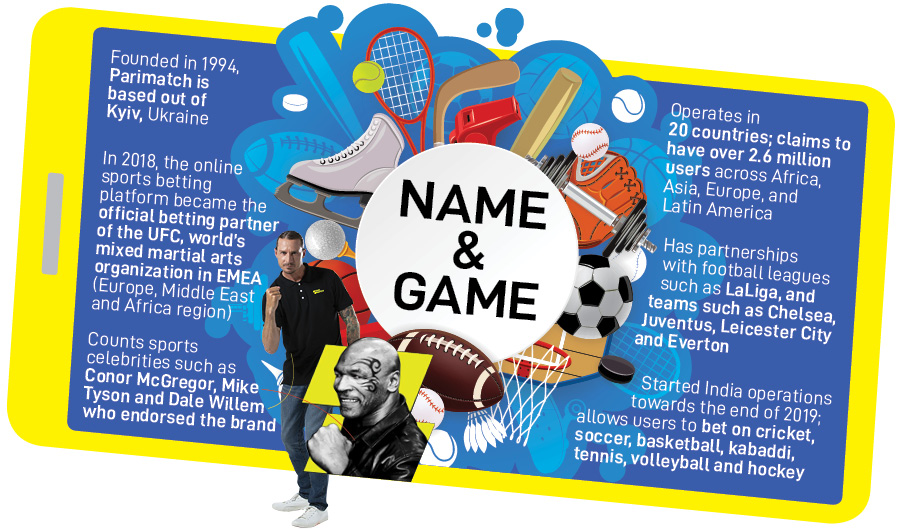 Legal experts explain how sports betting sold by offshore players, such as Parimatch, Betway, 22bet and 1Xbet, work in India. “There’s a legal maxim in Latin which squarely sums up the situation–‘Nullum crimen sine lege,” points out Sanjeev Kumar, partner at Luthra & Luthra Law Offices. The maxim, he underlines, means there is no crime without law. While India has taken huge leaps in improving and introducing the need-of-the-hour legislations, sports betting still remains a sensitive topic, which is yet to be fully codified, either way as being permitted or being an offence. In terms of references, Kumar reckons, betting has been part of the culture. “The trend continued, and the sports betting market now is a muti-billion-dollar industry,” he adds.

While the country’s tardy speed in addressing sports betting is understandable, not addressing the issue also doesn’t address the situation. The legal framework surrounding betting, Kumar argues, is couched in a 150-year-old Public Gambling Act of 1867, which may have become redundant. The need of the hour, he lets on, is not to flog a dead horse, but addressing the situation. The government must sit with stakeholders concerned and make a robust framework under which sports betting can be regularised. This would not only result in the social stigma being addressed by the law but will also end up filling the coffers of the government. “The service, in all likelihood, would fall under ‘sin tax’,” he says.

Sports analysts, too, bat for legalising and regulating the industry. “In one go, you will kill all debate around skill, chance and whatever,” says sports commentator Abhishek Dubey, alluding to controversy around fantasy sports and card games being a game of skill or chance. The biggest benefit in regulating this industry, he argues, lies in building a bank for promoting sports and infrastructure development around it. For a country like India, it’s not possible to allot massive funds for building sports infrastructure at the grassroots. “Why not regulate betting, and take tax,” he says. Legalising sports betting, he argues, will also go a long way in killing match fixing. If developed nations can take a liberal view on the subject, Dubey reckons, why can’t India, which is at the cusp of a revolution in all kinds of sports. “Let’s bite the bullet,” he says.

Also read: MPL: Forging a league of its own

The task, though, is not as simple and easy as it looks. “If sports betting is legalised then who would play fantasy sports,” asks one of the co-founders of online fantasy cricket requesting anonymity. The industry, he underlines, has been championing for treating fantasy sports as a game of skill and has been trying hard to remove the taint of betting from all kinds of fantasy games. “Who will come to us if betting sites are given a go-ahead,” he adds. While MPL and Games24X7 declined to comment, Dream11 could not be reached.

Meanwhile, Rublievskyi pitches for strong regulation and streamlining the industry. Legalising, he reckons, is a win-win for operators, users and all stakeholders. For operators, he explains, getting a legal stamp gives an opportunity to openly work in the market, pay taxes and be protected as a business. “If you're investing big money, you want to have some kind of protection and stability as a business,” he says. There are states in India, he points out, which allow betting and casinos, and regulate them. “The potential of India as a legal operating country is huge,” he underlines. “We are all for regulation and responsible betting,” he says, adding the users must have the freedom to decide.

Back in Ukraine, what is at stake is freedom. “August 24 happens to be our Independence Day,” says Rublievskyi. “It’s almost six months and it doesn’t look to end,” he rues. While Parimatch might be championing for freedom for users to wager in countries where sports betting is not allowed, the Ukrainian CEO is betting big on the chances of his countrymen to keep their freedom intact.

Tweets by @forbesindia
Engineering the viral: The science behind meme marketing
Nigeria becomes the most crypto obsessed nation after the April crash