Four IITians built a profitable B2B marketplace for custom manufacturing and made it India's 26th startup this year to enter the coveted, and increasingly crowded, billion-dollar valuation club 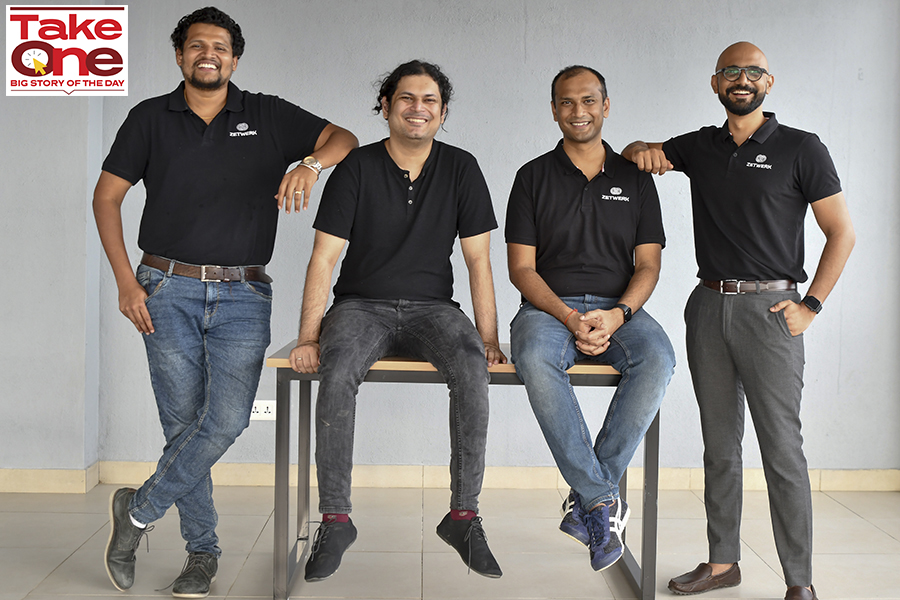 Is ‘unknown’ a risk or an opportunity? The question haunted Amrit Acharya towards the end of 2017. The IIT Madras graduate had no reason to crib with his high-paying job with McKinsey in San Francisco, US. After working for four years at his first job with ITC in India, Acharya took a break in 2014 to study MBA from University of California, Berkeley. He joined McKinsey in September 2016. After a year in the US, though, he felt jaded. The reason, though, had nothing to do with his employee. “McKinsey was great,” he recalls. What was not so great was a confluence of two things: First, Acharya’s advisory role, where, as he recounts, “you never knew what was going to happen to that advice”. Second, as a result of visa-related troubles, he was advised to look at a migratory regime, which meant working from other countries. Acharya spent six months in Australia, but snapped when he was given an option to spend another six months in a new country. There was no good news on the visa front. His girlfriend, now his wife, brought in clarity of thought. “Uncertainty is not a bad thing necessarily,” she reasoned. Both packed their bags, and returned to India in January 2018 .

In India, it was the turn of Acharya’s father to talk about the unknown. “I don't want to introduce you as my unemployed son to any of my relatives,” he told Acharya, who was asked to figure out his next move before tying the knot with his girlfriend.A few months down the line, the same old question—unknown, risk and opportunity—shadowed Acharya. Along with his three IIT friends—Srinath Ramakkrushnan, Vishal Chaudhary and Rahul Sharma—Acharya started Zetwerk in May 2018 as a B2B software venture that was designed to help companies manage supply chains. With Zetwerk, a Dutch word meaning strong foundation, the co-founders managed to get the term sheet for the seed round of investment of $1.5 million [around Rs11 crore*] in the first month itself.

Within thirty days, in June 2018, Zetwerk pivoted. The seed capital was yet to come into the bank account. Acharya was getting jittery. Reason was simple. The investors had not known about the pivot. In fact, they had signed up for a business model that was completely transformed. From a software and Software as a Service (SaaS) venture, Zetwerk pivoted to a B2B marketplace for custom manufacturing where companies can discover suppliers. Acharya broke the news to the investors—Kae Capital and Sequoia. “We were worried. We did not know how they would react,” he recalls. The fear of unknown was playing on his mind, but both investors were happy with the pivot. A few months into the business, Zetwerk was gripped with a sense of déjà vu. This time, a different set of people were being tormented by the fear of the unknown. “For a lot of SMEs,” Acharya recalls, “new customer is equal to risk. It is not an opportunity.”  He explains his experience during the initial days of working with small and medium enterprises at Chhattisgarh. For most of the suppliers, take for instance the ones in South or Central India, getting an order from a State with a different dialect or from a company not known to them was looked upon with suspicion. “Would they pay on time? Are there any hidden terms and conditions? And what’s the credibility of the company placing orders?” 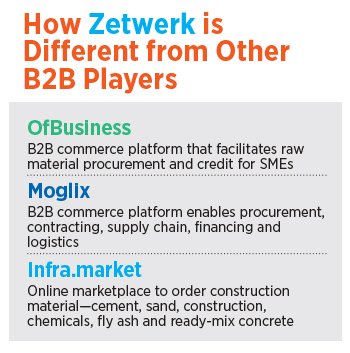 Acharya had the answers but he also was faced with a unique problem. As a new company—or an unknown company—the venture lacked credibility. “You Google us, and you would see nothing,” he recalls. Zetwerk had a one-room office in Bengaluru. Suppliers saw the obvious risk, Acharya was at pains to make them see the hidden opportunity and Zetwerk largely led an unknown existence. Though the company had raised another $9 million [Rs65.97 crore*] in December 2018 and closed FY19 with Rs 21 crore, the future still largely remained uncertain. Cut to August 2021. Zetwerk bagged $150 million [approximately Rs1,100 crore*] in a Series E investment round led by D1 Capital Partners, which valued the startup at $1.33 billion [around Rs9,748.9 crore*]. India’s 26th unicorn this year just took three years to enter into the coveted stable that is now getting cluttered. Zetwerk’s staggering jump in valuation is backed by an equally astounding rise in its revenue: From Rs21 crore in FY19 to Rs 949 crore in FY21. The icing on the cake is the fact that Zetwerk is a profitable unicorn. 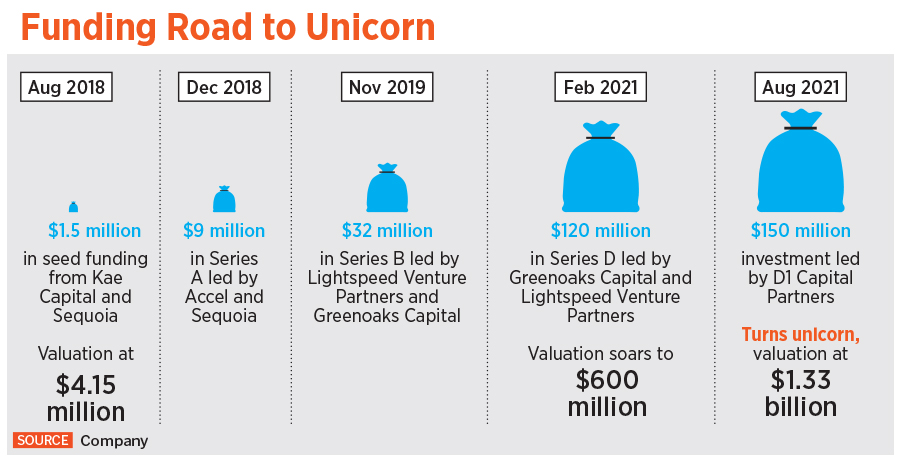 Acharya explains that the tag of being a profitable company is more valuable than being called a unicorn, because every bit of growth Zetwerk experiences hereon will be sustainable. Posting profits also means the company will have control over fundraising. “It is a choice in my hands,” Acharya says, adding that the velocity at which the company has grown over the past three years makes it stand out. “We have been running a marathon and a sprint,” he smiles. Prayank Swaroop, partner at venture capital firm Accel, is an elated backer. “I was impressed by the team and the solution,” he says. In December 2018, Zetwerk had got a term sheet ready in under 10 days, following which Accel had come on board.

Offering the term sheet had been at lightning speed, but Swaroop grappled with his own share of unknowns, risks and opportunities before taking a leap of faith. While doing his homework on the company, the VC spoke to a lot of B2B experts. Most of them, interestingly, were unanimous in their prediction about the future of Zetwerk: It will be a small business. “It was a vitamin,” analysts reckoned. Swaroop, however, heard a different story on interacting with [client] companies. Zetwerk, everyone almost unanimously believed, was a pain killer. “That was the moment of truth for me,” he says. On the one hand were a set of experts who were guarded in their assessment, and on the other was a team trying to upend supply chain in the centuries-old manufacturing industry. “I knew I had hit upon something big,” he recalls. The journey, at least the first year, was not a cakewalk. The founders took more than a year to hone their product offerings. What started as an idea to organise the supplier database for large manufacturing companies soon morphed into Zetwerk’s current offering: A B2B platform for custom manufacturing. “They had several revelations on the way and pivoted accordingly,” says Swaroop. The first pivot brought in its wake another realisation that the suppliers were not able to execute orders on time. The reasons for this, according to Swaroop, ranged from capacity/capability gaps and financing troubles to logistical issues. “They [Zetwerk] realised that they could not continue as a pure-play marketplace,” he says.

At this point, the company pivoted a second time. The team started positioning Zetwerk as a supplier to their customers, which meant once they receive an order, it would be delegated to suppliers on the platform. This way, if there was a large order, it could be spread across multiple suppliers. “The concept of parallel manufacturing emerged,” Swaroop says.

Acharya recalls another problem, and learning, during the initial period. As the company scaled, it hired more people, which brought in an expected cultural mismatch. “We got very experienced senior folks too early in our journey,” he confesses. The startup did not understand how to integrate them into its dual culture. Zetwerk, Acharya explains, had a young software engineering culture, where people worked late, believed in breaking things and moving fast. “Then we had these experienced people who were perfectionists,” he says. The math did not work. Three years into the journey, Acharya contends that there are still some issues that need to be ironed out. About half of Zetwerk’s lifespan has been shrouded by the Covid-19 lockdowns. Companies that have been around for longer have had enough time to build systems and process, while Zetwerk did not have that luxury. “Our culture as a company has been remote-first,” Acharya says, adding that he has not met over 50 percent of employees. 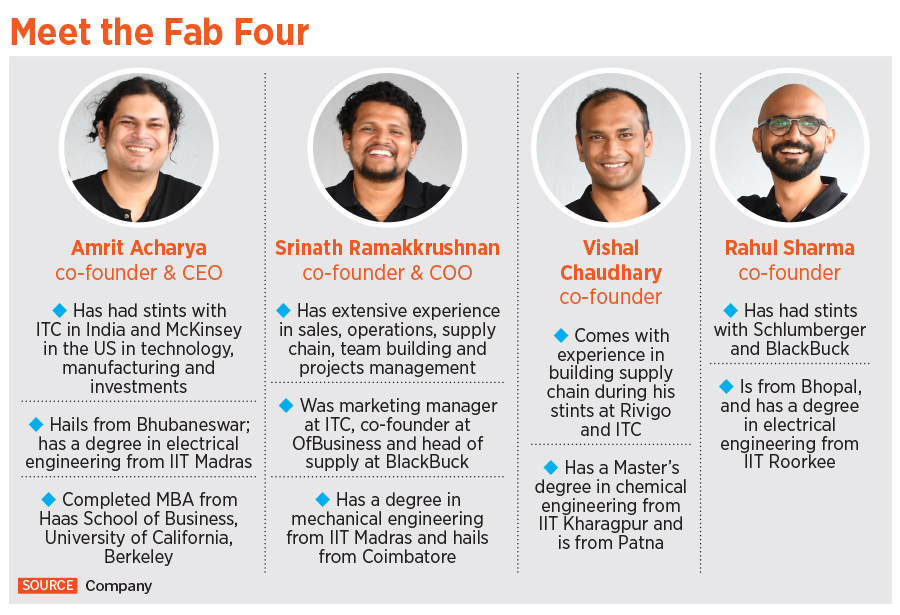 Despite being successful in such a short span of time, Acharya reckons that Zetwerk has just scratched the surface. “There is no such thing as success. There is no such thing as failure,” he says. “Both are easy come and easy go,” he says. Ask him how his father views Zetwerk’s unicorn tag and success of his company, and Acharya heaves a sigh of relief. Over the past year, his father is beginning to understand what he does for a living, but is yet to fully understand it. Will turning unicorn change perception? Acharya keeps his fingers crossed. “I hope with more unicorns, at least the acceptance within the family is higher,” he smiles, adding that if somebody wants to become an entrepreneur, it would be more acceptable. “These things do make the difference as it plays on your mind,” he says.Meanwhile, what is playing on the minds of the unicorn co-founder is building more sustainable, and profitable growth. The fear of unknown and risk is now an opportunity. (* $ conversion rates as of August 30, 2021, where $1 = Rs73.30)

Tweets by @forbesindia
Inside our unicorn special
Banks are bingeing on bonds, but not because they want to