Ashwin Damera kept Eruditus bootstrapped for five years. And when he did hunt for venture money, it was hard to come by... 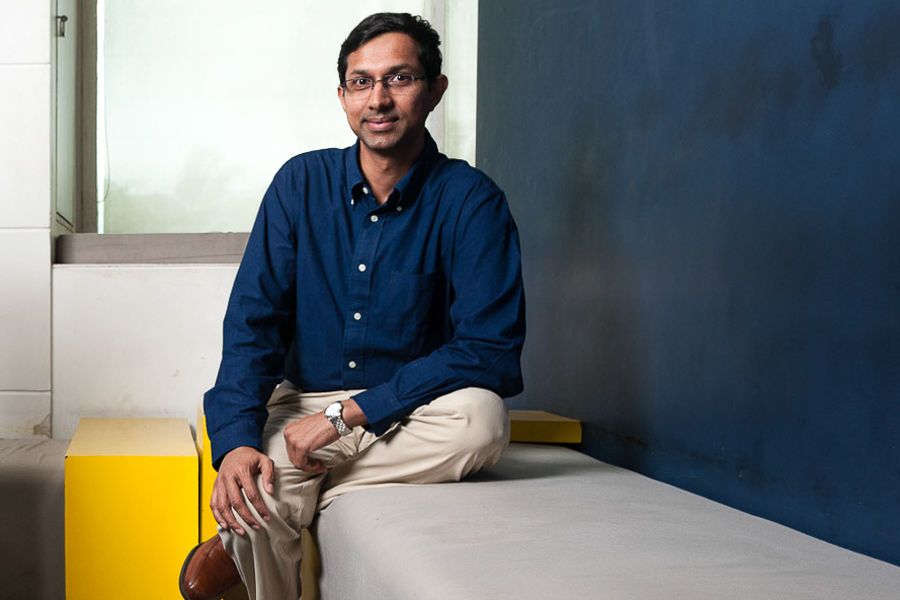 Ashwin Damera was dazzled by what was happening around him. “All the guys were raising crazy money,” he recalls, alluding to an aggressive fund raise by a clutch of poster boys of Indian startups some eight years ago. In June 2014, online realty player Housing got $19 million; it ended the year by topping a funding of $100 million from SoftBank in November. In July next year, just seven months after securing $700 million, ecommerce biggie Flipkart again raised an equivalent amount. A month later, in August 2015, rival Snapdeal raised a staggering $500 million. It was raining—nah, pouring—funding, but Damera’s edtech venture stayed parched. “Are we doing something wrong?” pondered the Harvard alumnus, who co-founded Eruditus with Chaitanya Kalipatnapu as an offline venture offering executive education courses in collaboration with global universities. The venture remained bootstrapped for five years, was profitable, and raised its maiden funding of $1.1 million from an almost-obscure fund then—Ved Capital—in January 2016. Egged on by a generous funding environment and the need to scale the online side of the venture, which was still in its early days, Damera decided to be more ambitious. It was time to raise more money. The plan was to pole-vault from $1.1 million to $8 million. Though the amount was peanuts, for Damera, it was a giant leap. “I grew up in a South Indian family… ambition was always looked at with moderation,” he said in a podcast with Accel India two years back. “The more ambitious you are, the less happy you are,” he underlined. Back in early 2017, the second-time founder mustered the courage to raise more money. His firm conviction, though, was about to get tested, and stirred.

The first jolt came a bit early. Damera failed to find an investment banker. Reason: The amount he was looking to raise—$8 million—was too small for any investment banker to even dabble in. “We went to a lot of them and none of them was interested,” he rues. For Damera, the bumpy road was about to get worse. During investor pitches, VCs scouted for a parallel of Eruditus in China and the US. Sadly, there was none. “We were not the Expedia of India or Coursera of India,” Damera says. If staying differentiated in a cluttered edtech market—for most funders edtech meant K12 education—was not enough, Damera was at pains to make them understand that they are the only ‘biggest player’ in the segment. “They kept probing how big is the space, and how many players operate in the segment,” he recounts.   The fourth aspect probed by the VCs was most interesting. One of the funds liked the business model and was keen to invest. There was one small problem though. Damera was asked to find a co-investor! He was bemused. “A lot of people tried to make me realise that I am wasting my life,” he recalls, dishing out the reasons. For five long years, he failed to raise a single penny; and the Series A of $1.1 million came from a little-know fund. For a successful entrepreneur—if running a profitable business without any external capital can be called so—episodes of past failures started flashing in front of his eyes. In 2010—the year Eruditus was born—Damera opened his account with a course that flopped. Back those days, he recounts, Harvard used to run a four-day executive programme in India at about Rs 1.5 lakh. IIMs too used to have a five-day programme for professionals between Rs 50,000 and Rs 1 lakh. Damera thought like a clever fox. He got an IIM-A professor, another one came from INSEAD, and he rolled out a 10-day programme for Rs 50,000. “It was five times the value,” he says. The course, unfortunately, was a disaster. “Hardly 12 people turned up,” he says.  Five years later, when Damera decided to offer online executive courses, those too bombed. Eight of the 10 courses didn’t do well. He tells us what went wrong. The move to replicate offline courses in leadership, strategy and innovation and offer them online turned out to be a blunder. A professor at one of the foreign universities offered to teach digital marketing as an online course. Damera was cold to the idea. “Who wants to learn digital marketing, it's a niche topic,” he reasoned.Did he start the course in digital marketing? Did the online venture take off? And did Damera manage to raise funds? Stay tuned to know Eruditus’s story next week.

Tweets by @forbes_india
Rejecting Covid-19 inquiry, China peddles conspiracy theories blaming the US
The third wave of Covid-19 looms large in India. Can it be brought under control?