Lionsgate Play: Focused on the niche

Unlike many OTT players in the country, Lionsgate Play has been targeting urban audiences instead of the masses, and has largely kept away from regional language content and live sports. Can this strategy for India work in the long run? 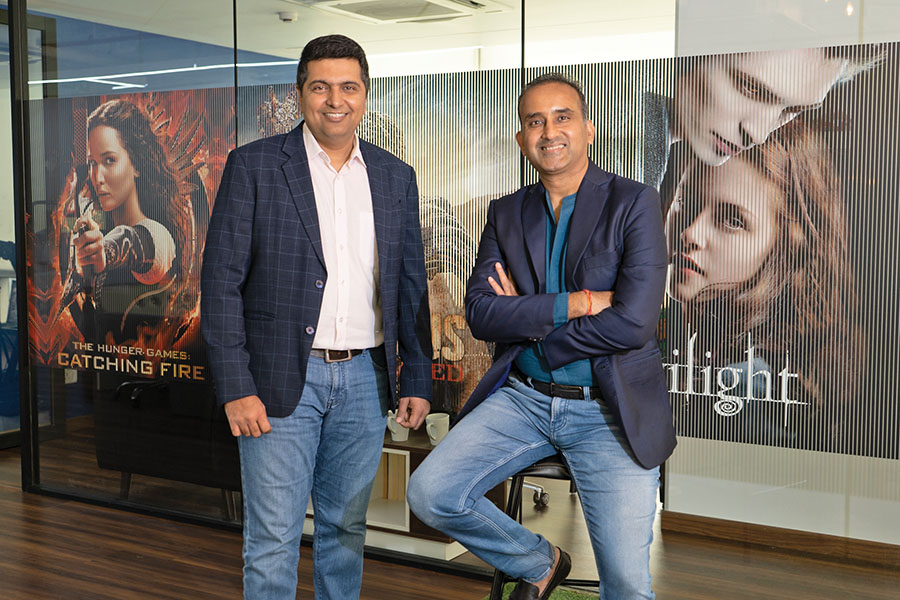 On December 16, Lionsgate Play completed its two-year anniversary in India. The platform has taken a very different approach as compared to most other OTT platforms in India. The platform wants to focus on a niche market with English-language content, while investing in Hindi originals. “The last two years have been nothing short of magic. In the last year, we must have premiered close to 60 shows and movies, we've had fantastic traction from subscribers,” says Rohit Jain, MD, Emerging Markets Asia, Lionsgate. Like in broadcasting, he explains, “You will still need a bouquet of providers to offer you different things for different requirements—from Indian Premier League (IPL) to daily soaps. It will still take five to six different players to then cater to these needs.” The platform hopes to tap into the gaps in the market.

In India, their prime target market is mostly the top 50 cities. “In a world where everybody is trying to go after the masses, we are happy focussing on the top 50 [cities]. Good quality content does travel down, so our content today is being watched in over 3,000 cities in India.” Globally, this play has worked well for the company. “We want to be sharp about our target audience and be relevant to them,” he adds. Lionsgate Play, which goes by Starz and Starz Play globally, has roughly 40 million subscribers worldwide with a presence in over 55 countries.

Jain claims that in terms of their English offerings, Lionsgate Play would be amongst the top three streaming services in the country right now. Though English language content is a strength area for the platform, they are now investing big time in Hindi originals. Jain reckons, “We are doing our bit but in a measured way. Our focus is to create premium, cinema scale content that appeals to our audiences who are between the age group of 25-45.”

The platform continues to produce content that is contemporary, provocative and meant for mature adults. “We look for narratives that allow for us to showcase ideas, characters, instances and conflicts that are part of contemporary India. Whatever genre, we strive to be authentic to the many diversities that co-exist in the country today. And those diversities aren’t just geographic but also generational, emotional, economic, sexual and ideological,” says Mrinalini Khanna, vice president, originals, Lionsgate.

Largely, all content available globally on Lionsgate is also available in India. Jain adds, “If we make 60-80 pieces of content in a year, local curation happens depending on geography, brand personality and audience preferences. We pick only relevant content. Apart from content from Lionsgate Studios, the platform also buys content from other studios like any other streaming platform.”

In 2022, Lionsgate Play premiered over 50 new content pieces across languages and the target in the next two years is to look at 150+ premieres. “We want to make sure every weekend they have something new to watch. Data shows that this strategy is working well for us; today we have arguably amongst the highest watch time in India—90 minutes per day,” claims Jain. Of their total subscribers, more than 50 percent of the watch time is coming from large screens and not mobile phones, which means, “our content is reaching our target market”.Also read: Are steaming platforms and non-Hindi content stealing Bollywood's thunder?

Even in terms of pricing, while the cost of the service ranges between $8-10 per month world over, in India, it has been priced at Rs 149 per month, and an annual pricing of Rs 699 for a year.

There has always been great consumption of Hollywood content in India. But unlike most other OTT platforms, which are investing in producing regional language originals, Lionsgate Play is taking another approach. Says Dhanuka, “We are dubbing our content in multiple regional languages. So what was earlier only for English speaking audiences, we have now been able to translate that for a Tamil/Kannada/Bhojpuri speaking viewer too… hence becoming relevant for them, and reaching a larger audience.”

Though this is a good strategy for now, Karan Taurani, senior vice president, Elara Capital says, “I don’t know how scalable this is in the long term.” In its current pipeline of originals, the OTT platform is only looking at Hindi-language originals. Taurani says, “While focusing on Hindi originals for now might work, eventually they will have to start looking at regional languages. Most global giants allocate close to 40 percent of their budget for regional language TV series or films, because of the kind of potential the regional market has.”Also read: Disney+Hotstar has lost the lucrative IPL deal. Is it now a fight for survival?

Another important aspect that is seen to be key to the success of every OTT platform in India is live sports—from Disney+ Hotstar, to SonyLIV and now Amazon Prime Video and Voot, all have moved to streaming live sports. Lionsgate Play, however, doesn’t see itself going in that direction, even in the long run. Dhanuka says, “We don’t do live sports at all. The only entity where we do live sports is our Middle East operations, but otherwise we aren’t doing live sports. Also, I think the live sport that everyone in India wants to have is cricket and I don’t think we are ready for it, and it’s not a part of our long-term vision either.”

Globally, OTT platforms such as Netflix have seen a massive drop in subscribers. However, Lionsgate—known as Starz or Starz Play worldwide—has added 1.2 million subscribers in the last quarter. Lionsgate Play was not at liberty to share the total subscriber count for its India entity, but they claim their subscriber base is growing at 100 percent, year-on-year.

“We have not seen a subscriber drop, we are in our growth phase. We are also relatively newer in the market, our growth hasn’t stalled for us in any manner and nor do we see it stalling or slowing down in any manner in the years to come,” says Dhanuka. Eventually, they hope to have the Asian market contribute close to 25-30 percent of the company’s global revenue.Also read: Nearly 80% OTT users in India from tier II, tier III cities, rural India: report

“In Indonesia, we’ve added Mandarin content, since it was relevant to that market as they have a massive Chinese migrant population. Our Indian content like Feels Like Home did very well in both Indonesia and we are seeing that some Tamil content has done well in Malaysia,” says Dhanuka. There are plans to roll out more Hindi originals worldwide, but in a phased manner, with the right kind of marketing.

Lionsgate Play has a clear strategy: They will follow where the consumer is. With over 15 partners in India, the platform is going big on collaborations. App bundling and aggregation is clearly the next big thing in the world of OTT, and Lionsgate Play has tie-ups with Airtel, Jio, and Amazon Prime Video among others. “I think true bundling is one where you have multiple OTT platforms form part of a single price point,” explains Dhanuka. Currently, we see that happening with platforms like Watcho, OTTplay, Tata Play Binge, Airtel and Jio.

The United States is moving from Subscription Video On Demand (SVOD) to Advertising-Based Video on Demand (AVOD), and India is travelling from AVOD to SVOD. “Eventually,” says Jain, “we will all meet in aggregation. Earlier, the customer was paying about Rs 300-350 a month per service, but as more and more services come into play… they can’t afford to pay Rs 400 per service and maintain an Excel sheet with passwords for each one. Aggregation, will hence play a critical part.”

Tweets by @forbesindia
The curious case of the Paytm buyback
Photo of the Day: K-pop touch to Christmas