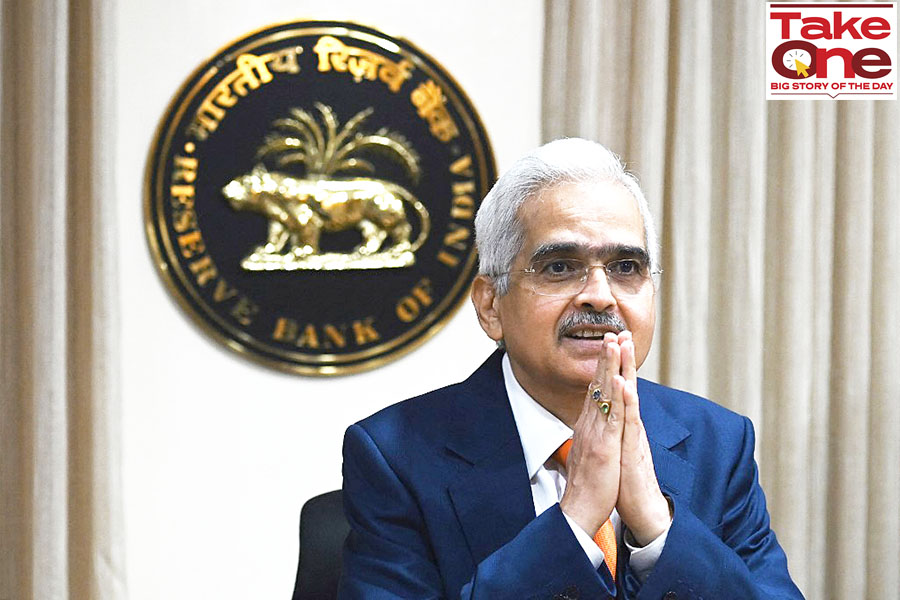 Confronted with “daunting challenges” the Reserve Bank’s Monetary Policy Committee announced a repo rate hike of 50 basis points and its decision to continue to focus on withdrawal of accommodation to tackle rising inflation while also giving growth a chance (see table). The central bank retained its retail inflation forecast at 6.7 percent but marginally lowered its growth outlook to 7 percent from 7.2 percent for the current fiscal year (table).

The coronavirus pandemic and the raging conflict in Ukraine have had a profound impact on the global economy. Most western countries are going through a slowdown coupled with high inflation levels. Relentless financial tightening, in the aftermath of an environment of ultra-accommodative liquidity, has further scarred the global economic outlook.

“The recent sharp rate hikes and forward guidance about further big rate hikes have caused tightening of financial conditions, extreme volatility and risk aversion. All segments of the financial market including equity, bond and currency markets are in turmoil across countries. There is nervousness in financial markets with potential consequences for the real economy and financial stability. The global economy is in the eye of a new storm,” cautions Shaktikanta Das, governor, Reserve Bank of India (RBI). 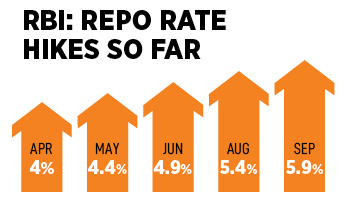 However, despite global challenges, the RBI believes the domestic economy continues to remain resilient. “There is macroeconomic stability. The financial system remains intact, with improved performance parameters,” Das adds.

Since May the benchmark rate has increased by 1.9 percent, from a historic low of 4 percent in April to 5.9 percent in September. While economists and analysts expect the terminal rate to be around 6.5 percent, the central bank—in a largely volatile global scenario with a high degree of uncertainty—has declined to give a forward guidance on rates, preferring to remain alert and nimble.

“Questions are often asked about the peak and terminal rates in a rate tightening cycle. Without venturing into any forward guidance which can be hazardous in the present context, I would like to state that our actions will be carefully calibrated to the incoming data and evolving scenario without being constrained by conventional or any textbook approach to policy making,” says Das.

However, economists and analysts project a further rate hike of 25 basis points in December.

“We expect a further increase of 25 basis points at the December MPC meeting, by which time CPI inflation will likely moderate to 6 percent y-o-y as a strong kharif crop is harvested. Once real interest rates are positive, the MPC can pause its rate hikes,” asserts Prasenjit Basu, chief economist, ICICI Securities.

“The relatively unchanged growth and inflation outlook by the RBI indicates that the policy arithmetic hasn’t materially changed for it, and the reluctance to change stance from ‘withdrawal of accommodation’ indicates that more monetary policy tightening is likely to be in the pipeline,” notes Aurodeep Nandi, India economist and vice president, Nomura.

Over the past quarters, growth signals have been mixed. Analysts are closely tracking the festive season for signs of a meaningful uptick in sustainable consumer demand. Big companies and small business owners alike are hopeful of a revival in the coming weeks. Yet, the rising interest rates could dampen the mood, according to bankers.

Anu Aggarwal, president and head of corporate banking, Kotak Mahindra Bank says, “The current stand by the RBI is partly driven by the US Federal Reserve which (has been) aggressive in order to bring down inflation. RBI had to do this instead of a 30-35 bps to control rupee depreciation and therefore imported inflation. Meanwhile the rise in rates will slow down the capex plans of corporate India which were just about kicking off.”

The Reserve Bank of India was measured in its policy articulation. On one hand, there was a constant reminder of the urgent need to rein in inflation to restrict second order effects. But, there was a quiet assurance of its focus on supporting durable recovery in the economy. Contrast this with US Federal Reserve chairman Jerome Powell‘s address which clearly and singularly underlined his intent to stamp out inflation irrespective of the threat of an economic downturn. 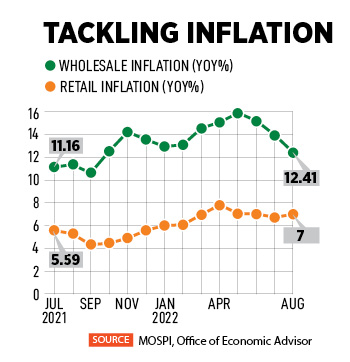 In its own admission, the Reserve Bank of India agrees the inflation trajectory is unclear at this point. The RBI assumes crude oil prices will reduce to $100/ barrel in the second half of FY23 from $104/barrel in the first half of the current fiscal year. But there are a number of risks. One, global geopolitical developments which are heavily weighing on domestic prices.

This has a cascading impact on the local currency unit too. Between April and 28 September, the Indian rupee has weakened by 7.4 percent against the US dollar. “The US dollar has strengthened rapidly to a two-decade high. Several advanced and emerging market currencies are facing sharp depreciation pressures. Emerging market economies, in particular, are confronted with the challenges of slowing global growth, elevated food and energy prices, spillovers from advanced economy policy normalisation, debt distress and sharp currency depreciations,” notes Das.

Two, the upside risks to food prices are worrisome. Wheat and rice prices have been on the rise due to the possibility of lower kharif paddy production. The sowing deficit in several regions adds to price pressures. Additionally, intense rain spells--beyond the monsoon season--in several regions have led to a rise in vegetable prices. This has a big impact on headline inflation.

Meanwhile, the growth outlook hasn’t substantially improved. The RBI revised its projection to 7 percent from 7.2 percent for the current fiscal given significant global headwinds. Likewise, ratings agencies and several global banks have trimmed India’s GDP outlook to around 7 percent for FY23.

However, the central bank’s assessment suggests that economic activity in India is stable; investment demand is picking up, seasonally adjusted capacity utilisation has increased to 74.3 percent in Q1 FY23 from 73 percent in the previous quarter, private consumption has been holding up, and rural demand is improving.

“The late recovery in kharif sowing, the comfortable reservoir levels, improvement in capacity utilisation, buoyant bank credit expansion and the government’s continued thrust on capital expenditure are expected to support aggregate demand and output in the second half of FY23,” believes Das.

Risks to inflation and growth notwithstanding, the Reserve Bank of India did hit the right notes to express India’s resilience at a time when the world is navigating turbulence. “Despite the gathering clouds over the global economy, the Indian economy inspires optimism and confidence,” Das assures.