It begins in the boardroom

If there's one familiar lacuna that's emerged, it's the failure of corporate governance 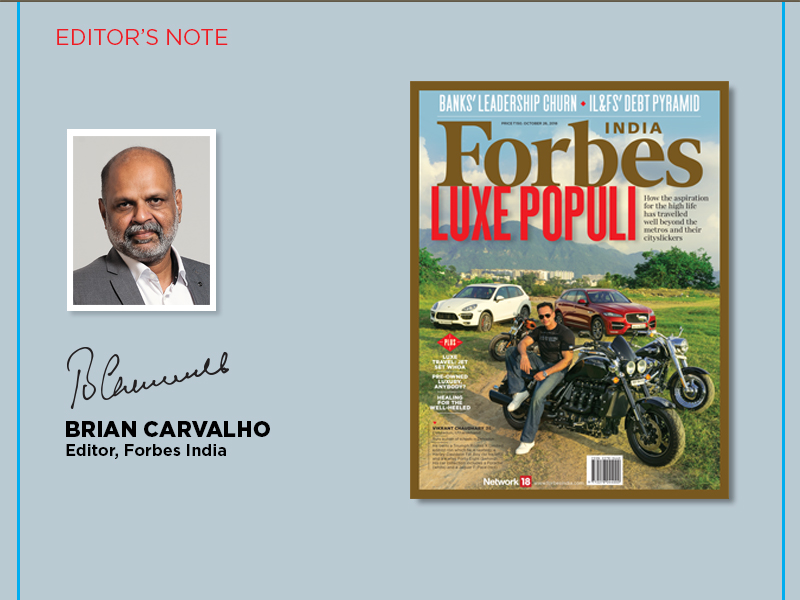 The explanations for the turmoil at Infrastructure Leasing & Financial Services (IL&FS) and Yes Bank have been varied over the past fortnight, and most of them are plausible—from the apparent divergence in non-performing assets (NPAs) as the Reserve Bank of India (RBI) saw them and as the Rana Kapoor-led bank reported them, to the fundamental issue of how long-gestation infrastructure projects need to be funded. Blame has also been adequately, and justifiably, laid at the doorsteps of regulators, credit-raters and auditors.

Yet, if there’s one all-too familiar lacuna that’s surfaced yet again in the private banking space and at the long-term infra-debt issuer, it’s the failure in corporate governance. At IL&FS, the five independent directors find themselves named in the government’s petition in the National Company Law Tribunal, along with the two executive directors, for reportedly failing to “discharge their fiduciary duties”. (The independents, for their part, have wondered why the shareholder directors have not been pulled up.) And, at Yes Bank, where the promoters held just under 20 percent of the equity, what is the larger reason for the RBI not extending Kapoor’s tenure beyond January 31, 2019? Is it the NPA divergence or the presence of a promoter-banker as MD & CEO, or is the former a result of the latter? Yes Bank has stated that it does not know the precise reason for Kapoor not getting a three-year extension. The irony, as the top-level exits at the other private banks indicate, is that leadership has been held accountable at not just a promoter-run bank but at the so-called professionally-run ones, too.

At a time when corporate governance concerns are at the core of the turmoil, it wouldn’t be a bad idea to rewind to what happened in the GE boardroom in Boston, Massachusetts, last fortnight. A board with 11 directors, 10 of whom are independent, reckoned that they’d had enough of the chairman & CEO of 13 months. Two of the independents are women, and another three were born outside the US. It’s indeed a board that ticks all the boxes in terms of gender and ethnic diversity. But more than that, it’s a board that acts. When GE shares fell to a nine-year low, an indicator that Chairman & CEO John Flannery’s transformation strategy wasn’t panning out, it replaced him with former Danaher CEO Lawrence Culp. The GE stock price recovered immediately, although whether Culp delivers for the struggling GE and Flannery needed more time can be debated at this stage. But the short point here is the decisive action that a truly independent board can take. Perhaps such action has less to do with regulation and legislation and more with culture and mindsets. To find out whether the board-level churn will help turn around IL&FS and whether leadership changes will help stabilise Yes Bank, Axis Bank and ICICI Bank, turn to Forbes India’s Samar Srivastava’s ‘The Debt Pyramid’ and Salil Panchal’s ‘Banking on Change’.

Sceptics of Indian economic reform tend to link a life in the lap of luxury with inequality-prone capitalism. But, then again, as the late French fashion designer Coco Chanel famously said: “Some people think luxury is the opposite of poverty. It is not. It is the opposite of vulgarity.” Don’t miss our cover stack this fortnight, stitched together by Pankti Mehta. It includes Rajiv Singh’s cover story ‘Luxe Pop’, which explores how aspirations for the high life have gone well and truly beyond the metros and their cityslickers.