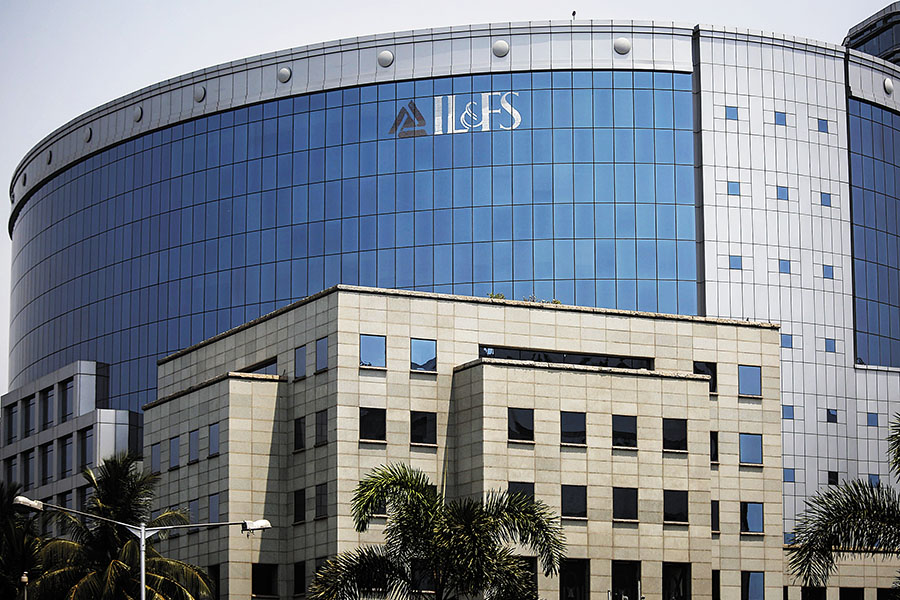 India’s credit markets were jolted on September 6 when news of a default by Infrastructure Leasing and Financial Services (IL&FS), a sprawling financier of roads, bridges and power plants, started making its way to television channels and newspapers.

For the financiers of IL&FS commercial paper the news was particularly frightening as they’d always been rated investment grade. A 25.3 percent stake of the Life Insurance Corporation of India gave them a quasi-sovereign feel. If IL&FS could default they wondered how deep the rot ran in its various subsidiaries and, more worryingly, was there more to come? As yields for IL&FS paper surged, many mutual funds began to prepare for markdowns.

Since then, it has been a busy month for IL&FS. For the financiers, their worst fears have been confirmed. A further series of defaults have left IL&FS gasping for capital, frozen markets for its commercial paper, and left credit rating agencies with a lot of explaining to do. At the time of writing, the government had stepped in with a Satyam-style takeover of the board and tasked a new board with preparing a resolution plan. The Serious Fraud Investigation Office plans to investigate the role of the auditors SRBC & Co.

As the new board, which includes Uday Kotak, vice-chairman, Kotak Mahindra Bank, Vineet Nayyar, former vice-chairman, Tech Mahindra, and GN Bajpai, former chairman of the Securities and Exchange Board of India, met for the first time last fortnight, Forbes India’s conversations with money managers point to a long road ahead for resolving the IL&FS mess. The unfolding scenario also prompts three questions: First, could the default have been avoided or was it only a matter of time before things came to pass? Second, what does this mean for infrastructure financing in the country? Third, how does the industry assess credit risk in future?

Layer after layer of debt
A key reason for IL&FS’s default was the way it is structured. The parent, IL&FS, runs operations through a web of 169 group companies out of which 135 are indirect subsidiaries (or SPVs spun off for specific projects), six are joint ventures and four are associate companies. What this resulted in was a business being run with very little debt.

Here’s how it worked. The IL&FS Group (the unlisted parent IL&FS and its 169 group companies) ran up a mammoth ₹91,000 crore debt. This had been accumulated through just ₹9.83 crore of equity capital in the parent. There are other listed entities—IL&FS Engineering and Construction Co., IL&FS Transportation Networks and IL&FS Financial Services—that have their own equity capital, but for the most part, the parent would raise debt that would then be infused as equity in each subsidiary. The subsidiary would then use that equity (which was debt on the parent IL&FS’s books) to raise more debt.

“ (For) years it was in the knowledge of everyone that the company had a serious asset-liability mismatch.”
RC Bhargava, former director, IL&FS, and chairman, Maruti Suzuki


“This was a clearly a debt Ponzi scheme,” says a fund manager who declined to be named. The pyramiding of debt worked well for over a decade but as India’s infrastructure companies floundered due to slow approvals and problems with environmental clearances, IL&FS’s problems came to light. IL&FS did not respond to emailed questions.

Infrastructure financing is long-term in nature. Depending on the asset, this could range between 15 and 30 years. In India, such long-term money was available mainly from government banks who underwrote large projects. In 2014, faced with a pile up of bad debt, public sector banks gradually started withdrawing leaving developers with few other sources of finance. In some sectors like road building the government managed to keep projects moving by resorting to a PPP model—an infra company constructs and the government pays. Elsewhere, projects got stuck due to lack of financing and even once that was arranged environmental clearances delayed completion impacting cash flows.

At IL&FS this created a mismatch between its assets and liabilities. Short-term money started financing long-duration projects. “This kind of balance sheet works till the financial institution can refinance its debt on a regular basis. In the case of IL&FS they have been facing cash flow issues and losses due to various projects being stuck at different stages of completion with claims pending with the government. At the same time, short-term debt and interest had to be paid when it comes due,” wrote Rohit Chauhan, a SEBI registered investment manager, in a blog.

According to Chauhan, IL&FS has short-term borrowings of ₹25,000 crore and that the company had to roll over on a regular basis. While IL&FS did not break out its asset side duration, from the balance sheet one could ascertain that almost 80 percent were long duration in the form of infrastructure assets and receivable claims on them. In short, given the rising cost of capital and the fact that IL&FS projects were taking longer than anticipated it was only a matter of time before the default took place.

As the asset-liability mismatch accentuated, the erstwhile IL&FS board did try and take corrective action.  IL&FS also made plans to start selling assets. Term sheets were prepared, bankers engaged and proposals invited. However, the sales couldn’t be completed in time to avert a default. In July, the board announced the resignation of Ravi Parthasarathy, who had built the lender over the last three decades. While the board said he was resigning on health grounds the timing of his resignation has prompted the question whether his exit was on account of the defaults that were around the corner. On September 6 IL&FS defaulted on interest payments on a ₹300 crore loan to the Small Industries Development Bank of India. So far, all defaults have taken place at the holding company level. The SPVs set up for specific projects have continued to meet their interest payment obligations.

Role of the Board
While the rating agencies continued to rate IL&FS debt as investment grade, within the board it was a known fact that the paper may one day be worth a lot less.“(For) years it was in the knowledge of everyone including independent directors, executive directors and shareholder directors that the company had a serious asset-liability mismatch and it was quite clear there would be a default,” said RC Bhargava, former director, IL&FS, and chairman, Maruti Suzuki, in an interview to Forbes India. According to him, the board had undertaken corrective actions, “some of which were successful and some not successful.” He dismissed the suggestion that the independent directors had failed in their duty as they had repeatedly raised the issue over the last 18 months.

According to Bhargava, the mere sale of assets is not enough to arrest the situation. First, the asset sales would take time and a fire sale is never going to fetch the best value. Second, creditors were circling and they had to be kept at bay while the sale process was on. Besides, for each individual asset IL&FS would have to approach the courts—a time-consuming process. Bhargava says that the independent directors did not have the power to authorise fundraising. There is an urgent need for capital infusion, which the board belatedly agreed to. On September 29 it recommended a ₹4500 crore rights issue as well as ₹3500 crore line of credit for working capital requirements.  There is so far no clarity on whether all shareholders will subscribe to the rights issue.

The board also approached the National Company Law Tribunal to establish a structure to the asset sales. Under Section 230 of the Companies Act it planned to ask for a framework under which creditor interests were temporarily suspended as well as clarity on how to distribute the proceeds once the sale took place.

The Road Ahead
As the new board prepares to meet, the creditors await a time-bound plan to get asset sales off the ground and interest payments back on track. What is clear is that unlike Satyam in 2009 there is no one solution as individual assets will have to be looked at separately. There are also issues with individual assets that need to be resolved.

For instance, Noida Toll Bridge Company, which is majority-owned by IL&FS, has been entangled in a legal tussle with the Noida Residents Welfare Association over the imposition of toll. As a result, there has been no toll collection since November 2016. Without toll collection rights it is unlikely to find suitors. The turbulence in the renewable energy sector (wind and solar) has also made the going tough for IL&FS Solar Power and IL&FS Energy, which has wind power assets along with coal and gas-based plants.

As a precaution, debt mutual funds have begun to take write-downs in the range of 3-5 percent on their portfolios, according to industry sources. They declined to be named as they were not authorised to speak to the media, but one clearly senses their frustration with the situation.

According to them, for now they have taken markdowns under the assumption that the commercial paper will start paying interest at some point. But if the paper is redeemed at a price lower than par, the write-offs could be much worse. As unsecured creditors they do not have any claim on assets and no security to invoke. For now, IL&FS commercial paper is illiquid with no buyer. The only silver lining is that at ₹3000 crore the amount is unlikely to result in any systemic risk for debt funds as it is widely dispersed. It is not known how much IL&FS commercial paper insurance companies have on their books.

Lastly, there is the role the ratings agencies played. They closed the stable door after the horses had bolted. Post the September 6 default they moved quickly to downgrade IL&FS debt from investment grade to default. Investment managers question why the government hasn’t held them accountable so far. They also question whether the issuer-pays model (IL&FS paid to get its bonds rated) works. The issuer pays for the rating, it provides all the information needed and yet it assumes no risk for the rating going wrong. The model was rejigged in the US after the Lehman crash. After the government gets IL&FS moving again they hope changes are made to the rating infrastructure in India as well. They also plan to beef up their internal credit assessment capabilities. “Never waste a crisis,” is their refrain.