Pepsico India chairman, will leave his post to take up the reins for Pepsico in the Middle East and Africa. He tells us that products have to be customised to appeal to the native populace 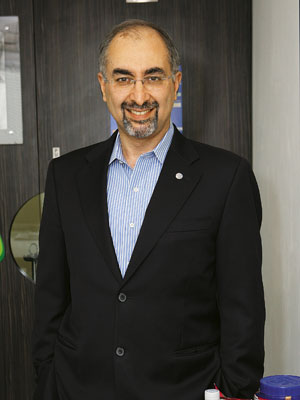 
What learnings from your stint in India do you plan to make use of in your new job?
In my career in Pepsico I have been fortunate to be associated with many different kinds of markets and one takes away the learnings from each one of those. First, get the business model right. One size does not fit all and it is very crucial to understand the dynamics of that country, the consumer and based on that build a business model, which once validated, can be a very powerful driver of growth. When you look around within Pepsico, the businesses that do outstandingly well are always businesses that have very clear cut business models. Second, you cannot have a cookie-cutter approach. If you look at India and multinationals that increasingly succeed in India, it is organisations who flex their offerings, their products, [and have] their services customised to meet the needs of the Indian consumer. Even in our business, Kurkure is a great case in point. Aliva and Nimbooz are two other examples of “indovation” — innovation for India.

What are the new growth drivers for Pepsico’s businesses in India?
I wouldn’t call them new drivers but we’ve got three very powerful drivers for both food and beverages. The first is what I call local relevance — customising our products and packaging for the local consumer. This will only become a larger driver for Pepsico’s growth in India. The second is access and availability of our products. We’re talking about a billion plus consumers and the reality is that even today, despite our distribution system and widespread availability, the depth of our distribution is pretty shallow now especially in rural areas. Third is value. We are in a country where there are all parts of the pyramid. By value I don’t mean just affordability, although that is an important part of it. For people at the top of the pyramid it means having premium exclusive products with great looking packaging. Whereas value to the lower end means a very low unit cost in getting value for money and providing functional benefits and so on.

There’s been a lot of excitement about innovation for India. But these products like Kurkure, Aliva and Nimbooz are still rather small businesses in Pepsico’s global empire…
I would not call them small at all. You have to compare them with the metric of the country that they are made for. Similar formats to Kurkure are made in 10 different countries. If I combine their turnovers, it will be a multi-billion dollar product. But Kurkure, since it is an innovation for India, the name is used only in India. Take Lays for instance. It is a multi-billion-dollar brand but you will be surprised to hear that we have 10 different names for Lays around the world.
In the Indian context, Kurkure is as powerful as a brand that has been around for 50-60 years. It is the single largest brand of salty snacks in the country. In time, Aliva and Nimbooz will also be as big as Kurkure.

As global growth shifts to India and China there is a feeling that multinationals don’t know enough about their new consumer. How much harder will they have to work?
You’re right. There has to be a much sharper focus on the consumer and ability of the multinational to customise their products to the consumer need. Organisations are increasingly realising that. They have to be equally nimble in changing their business model. Our consumers cannot afford to pay the same amount of rupees or dollars per item as a person in the US or Japan can pay. That means I have to sell that at a much lower cost, which means my cost of building the product must also be much less. That is the one thing our organisations need to think a lot harder and smarter [about].

Tweets by @forbes_india
A Breath of Fresh Air in Maharashtra
How Long Does It Take To Kill?