NavGurukul: Cracking the code to success 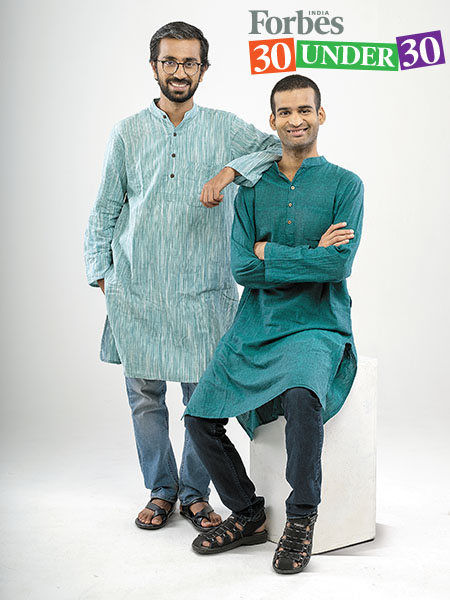 Abhishek Gupta doesn’t like the razzle-dazzle of venture capital-funded startups. The IIT-Delhi graduate had been part of two: Zumbl, his maiden venture, and Frankly.me, which acquired the former. Money doesn’t excite him either. So, while his college friends are busy in high-paying jobs, Gupta is building a non-profit, NavGurukul, with Rishabh Verma, who was part of the founding team of Airwoot, which was bought by Freshworks.

NavGurukul runs a one-year residential programme for the youth, especially those with a monthly family income of ₹5,000-₹15,000, to train them in software coding and make them employable. Of the 115 students to have taken admission so far, about 70 have landed jobs.

The company has an income-sharing arrangement, where students are expected to pay ₹1.2 lakh over three years after they get a job. “They graduate only after they are employed. Some may take less than a year while others may take longer. We have been able to foster a culture where 90 percent pay back. But they can choose to donate more or less,” says Gupta, adding that the organisation spends close to ₹1 lakh on each student annually.

NavGurukul runs two setups, one for women in Bengaluru and another for men in Dharamshala. Work is underway to launch another facility in Pune, funded by Microsoft and Capegemini. Its other sponsors include Accenture and Social Alpha.

Gupta and Verma have inducted transgenders and students with HIV too. “This year we will launch another course for children who were trafficked and abused to help them crack law, police and journalism entrance,” says Gupta.

“NavGurukul is creating a deep impact to the lives they are touching. They are taking in kids who would not otherwise have access to such opportunities and are investing in them,” says Atul Satija, founder of The Nudge Foundation.

Tweets by @forbesindia
Hypertension Knowing Your Numbers Can Make a Difference
Podcast: A dive into the fascinating world of edtech in India