From mobility to cargo, AI-led autonomous vehicles are the future

AI programmes can help distinguish between guard rails or obstacles on the roads, can help in adverse weather conditions, and take industrial goods from point A to B securely 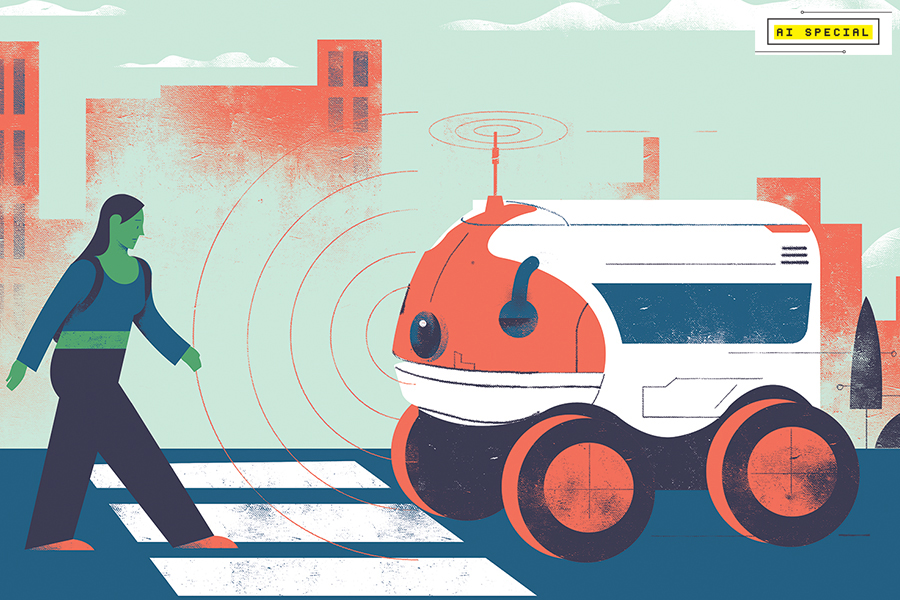 In the auto sector, companies are developing technologies to figure out if an obstacle on the road is another vehicle or some other object or a human crossing the road and so on
Illustration: Sameer Pawar

Hi-tech startups are gradually surfacing in India, developing sophisticated hardware for global customers. The founders of these companies often have deep expertise, having worked in some of the world’s best-known technology companies. And they are increasingly looking to enable AI applications into their products.

Steradian Semiconductors is one such startup in Bengaluru, where a group of former Texas Instruments engineers are building world-class 4D imaging radars that have applications from autonomous vehicles to smart cities. “Three years ago, I wouldn’t have thought about it, but today we’re coming to a point where multiple applications are forcing us to rethink this kind of usage,” says Ashish Lachhwani, co-founder and director at Steradian.

In the auto sector, for example, companies are developing technologies to figure out if an obstacle on the road is another vehicle or some other object or a human crossing the road and so on. “If an autonomous vehicle has to make a decision, it will be critical to know if a life is at stake,” Lachhwani says.

In industrial applications, if there are different lanes for different vehicles—with roads like Germany’s autobahns, where vehicles move at very high speeds—the AI and machine learning programmes are very handy in deciphering the signals that the onboard cameras and radars receive. With the ability to crunch large amounts of data that modern semiconductor chips can deliver, AI programmes can help distinguish between different shapes and objects—from guard railings to oncoming vehicles to tunnels and bridges—making driving safer in the case of passenger vehicles.

With the use of radars, AI programmes will also play an important role in adverse weather conditions where visibility might be poor, for example, and optical cameras have limited range versus the radars even in good weather conditions.

With industrial applications too, where self-driving vehicles can carry goods from point to point in a large factory, for instance, AI programmes can make the vehicles more efficient and safer for the humans around the factory. One such vehicle is the ‘Sherpa’ that has been developed by Ati Motors in Bengaluru.

The autonomous goods carrying vehicle can work even in the dark and navigate chipped factory floors without the need for any markers.

(This story appears in the 13 August, 2021 issue of Forbes India. You can buy our tablet version from Magzter.com. To visit our Archives, click here.)

Tweets by @forbesindia
International Youth Day: The next 100 years of the planet are uncertain. The fight for the future is on
Photo of the day: Festivities