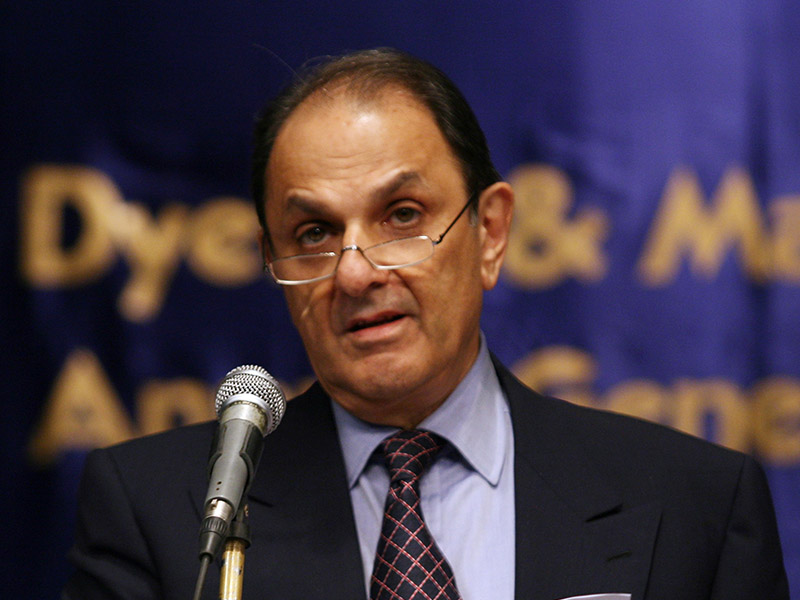 Nusli Wadia is an independent director on the board of three Tata group companies
Image: Sameer Joshi / Fotocorp

Nusli Wadia, 72, an independent director on the board of Tata Steel, has been removed through voting from shareholders at an extraordinary general meeting (EGM) held on Wednesday, which was called upon by the company for the specific purpose.

Wadia now faces a similar challenge at EGMs of the Tata Motors today (December 22) and Friday (December 23), to retain his place on the boards of these companies.

At a packed extraordinary general meeting (EGM) of Tata Steel in Mumbai, which was called for the removal of Tata Steel's independent director Nusli Wadia, shareholders spelt out their message in unequivocal terms: that they backed and will continue to back the leadership of Ratan Tata.

This meeting was specifically called to decide on the removal of Wadia as independent director on the board of Tata Steel, a position which he held for nearly four decades.

Ratan Tata, who attended the meeting and sat on the first row, got a standing ovation from shareholders, when he entered the packed hall.

There has been a souring of relationship between Wadia and Ratan Tata in recent week, in the aftermath of the battle which started with the removal of Cyrus Mistry as chairman of Tata Sons.

Wadia did not attend the EGM. In a note signed and distributed to shareholders at the EGM, Wadia said that he did not attend Wednesday’s meeting as “recent meetings held of other Tata companies have been inappropriately and shamefully stage managed by the requisitionist controlling the entry into the hall and also the selection and choice of speakers as never seen in India corporate history.”

Wadia had also expressed differences which he had with Tata over continuation of the small car Nano, which he believes has proved to be a serious drain on the financial resources of the company.

For nearly two months now, Tata is in the midst of an ugly public battle with Cyrus Mistry, the 50-year-old former Tata Sons chairman, who was removed from his post on October 24. Mistry has publicly challenged this move.

Mistry and Wadia, have, independently and in different ways, raised concerns over corporate governance and the role of independent directors on boards of the Tata group firms. Mistry has sought legal recourse to continue his battle with Tata and Wadia has also filed a defamation suit against Tata Sons.

On December 19, Mistry announced his resignation from the boards of listed Tata group companies and a day later, Mistry’s family-controlled investment firm filed a petition in the National Company Law Tribunal (NCLT), against the oppression and mismanagement of Tata Sons under Section 241 of Companies Act.

NCLT will hear the petition on Thursday (December 22).

Ishaat Hussain, representing Tata Sons (which holders 29.75 percent stake in Tata Steel), at the meeting said: “In Tata Sons view, subsequent to the developments of October 24 [when Mistry was removed], Wadia had been acting in concert with Cyrus Mistry and has been acting against the interest of the Tata group.”

“Tata Sons believes that despite being purportedly an independent director on boards of some Tata group companies, Wadia has been conducting himself as an interested party in a manner which is designed to cause harm to the Tata group," Hussain said. Hussain also alleged that Wadia was seeking to galvanise support of other independent directors to further his cause.

The influence of Wadia on the Tata Steel’s board is untenable and Tata Sons has lost confidence relating to the independence and suitability of Wadia as a director, Hussain told shareholders at the EGM.

At the EGM, shareholders expressed their anger over the Mistry-Tata spat and also Wadia’s “role” as an independent director. About 94 shareholders had registered to speak at the Wednesday’s EGM.

Several of them claimed to have travelled down from the eastern city of Jamshedpur, where Tata Steel’s largest plant is located. They questioned why Wadia was silent for several years on matters which were critical to Tata Steel, particularly in the post-Corus acquisition phase.

“My eyes were always filled with pride at shareholders meetings, today they are moist. The battle should have been kept to the boardroom and not brought into public. But, [addressing Mr. Tata], this is not a lonely battle, we are with you,” said one shareholder.

One shareholder said: “I am neither a Tata man nor a Cyrus [Mistry] man. I am a Tata Steel man. I want to know the way forward for minority shareholders like me.”

Wadia in his plea against Tata Sons has also sought for perpetual injunction restraining the defendants from disseminating any “defamatory and libelous allegations,” and direction from the court to the defendants to unconditionally retract the special notices through which Wadia was sought to be removed as an independent director on the boards of Tata Steel, Tata Motors and Tata Chemicals.

Wadia had also expressed differences which he had with Tata over continuation of the small car Nano, which he believes has proved to be a serious drain on the financial resources of the company.