Do-It-Yourself Law Firms Are Catching Up 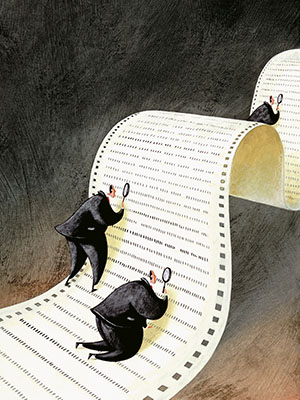 In March 2011, Arunprasad Durairaj planned to quit his Seoul job and start a venture in India. He wanted to incorporate his firm, but getting a lawyer is no mean task: Their charges and quality of service vary, and it is impossible to get one without prior reference.

But Durairaj did not have to look far for a lawyer, courtesy the fledgling startups that are making inroads in the Do-It-Yourself (DIY) legal space. Experts say DIY services are the next big opportunity in India’s legal industry. At the heart of the concept is the argument that legal tasks such as writing lease agreements, intellectual property filings and non-disclosure agreements can be easily replicated with the help of technology and a backend that employs a few lawyers.

However, for tasks that require a physical lawyer—as in the case of incorporating a company—the startups can recommend one. The startups also take responsibility for the quality of service, and the time taken for delivery of documents.

Recent entrants in this market include websites like Vakilsearch, NovoJuris and TM Guru. Another one, Indiadesk, is expected by December. While no precise estimates of the market size are available, those within the industry point to a huge growth in the legal process outsourcing industry, worth $1 billion, as an indicator. The market for DIY legal services is at least a billion dollars, they say, and also point to the rapid rise of US-based companies, such as RocketLawyer and LegalZoom, which have successfully tapped into their home market.

For now, these startups play the role of facilitators, reducing the time and effort spent on getting a dependable lawyer. One of the reasons they are legal service providers instead of law firms is the prohibition on law firms and lawyers from advertising. Being a facilitator lets them get around this legal obstacle.

Hrisikesh Datar, founder of Vakilsearch, says his portal asks a range of questions, prepares a lease agreement and ships it to the client. Clients can also interact with the firm’s lawyers. Since customers are still not entirely comfortable with the concept, it is important to have a human touch, Datar says. Vakilsearch, launched in October 2011, gets 900 visitors a day, of which 10 percent pay for services. Revenues are growing 30 percent month-on-month. (The company declined to share actual revenues.)

Indiadesk’s Abhinav Maker, who recently quit his job at law firm Amarchand Mangaldas, believes these services can be technology-intensive. He is working on automating Indiadesk’s backend to eliminate costs for a lawyer for simple tasks like lease agreements. “At their core, contracts are just a bunch of options,” he says. At Indiadesk, you can log in, enter yours, your landlord’s and the property’s details, and print the agreement in less than 15 minutes, and at 10 percent of a lawyer’s fee.

Durairaj, who got in touch with Vakilsearch, got his company incorporated even before landing in India.