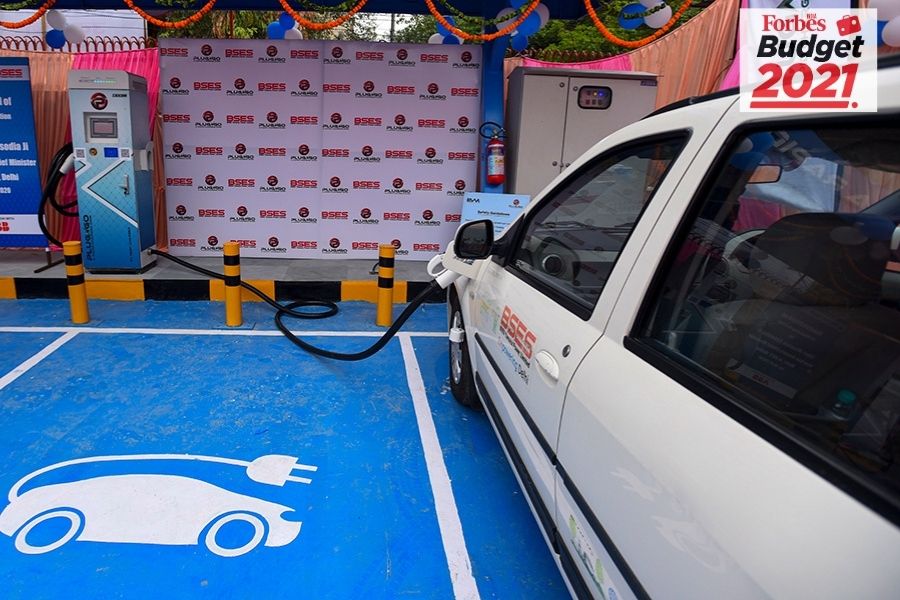 India has a growing ecosystem of startups manufacturing electric vehicles and components such as batteries and battery management systems. Entrepreneurs building these ventures are enthused by the government’s steps thus far to promote clean energy in the country, but they believe more can be done to encourage the businesses as well as boost demand for electric vehicles.   “The next major step of the government should be introducing a ‘National Green Cess on polluting vehicles and utilise it to accelerate electric mobility and invest in demand subsidies,” Akhil Aryan, founder and CEO of ION Energy in Mumbai, wrote to Forbes India in an email. ION Energy makes sophisticated battery management systems for batteries that power electric vehicles, as well as energy storage systems, with customers in 15 countries.

Demand subsidies are incentives offered to consumers to generate demand. The government can use the green cess to “front-load” the incentives—meaning provide them upfront—to customers and bring down the cost of purchase which will help rapid adoption of electric vehicles, Aryan said. Society of manufacturers of electric vehicles, an EV sector lobby, has suggested that the government should bring the green cess under the Swachh Bharat Abhiyaan campaign to keep the momentum going, and keep the buzz alive, he added. The government can provide tax breaks for a specific period or provide free recharging once a month to those who go in for green vehicles and contribute their bit to saving the environment—as successfully demonstrated by Norway, he said. Simplifying the GST (goods and services tax) structure by combining the multiple slabs into a single slab will also help bring down the cost of electric vehicles and their parts. Currently, the GST for batteries is 18 percent, tyres and lights 28 percent, and other parts 18 percent. Finished electric vehicles attract a GST rate of 5 percent. Further reduction of GST on charging and battery-swapping infrastructure services and EV batteries from 18 percent to 5 percent will boost the adoption of electric vehicles, especially two-wheelers, and accelerate the build up of charging infrastructure across the country. Policy relaxations in the budget and timeline extensions of the phased manufacturing programmes will promote and strengthen domestic manufacturing of parts. Providing additional tax holidays for startups that undertake local research and development to create EV technologies, will help attract more investments in this space and accelerate India towards an all-electric future. The introduction of several progressive policies and incentives by the government such as the FAME II (faster adoption and manufacturing of hybrid and electric vehicles phase II) subsidy and offering income tax rebates on the purchase has led to an increase in consumer demand for electric vehicles in India. “We are also witnessing the growth of the EV Industry in terms of companies launching new products of high-quality and performance in the market,” Tarun Mehta, co-founder and CEO of Ather Energy in Bengaluru, said in an email. Ather Energy is a leader in making smart electric scooters in India. It also operates one of the biggest charging-station networks in the country. For manufacturers, an important challenge with investments in the sector is the concerns about the GST’s inverted duty structure—which imposes a higher rate on inputs and parts, and a lower rate on the finished product, Mehta said. In order to minimise working capital blockage, the government should look at extending end-use based benefits to the EV industry like lowering GST rates on raw materials, allowing inverted duty refunds for research and development and capital expenditure. “Especially for startups like ours, in their growth phase, offsetting inputs on such major expenses without being GST profitable is a big challenge,” he said. India also needs its banking institutions to come up with innovative financial products for EV purchases, and to help startups in their growth phase, which face a lack of options for debt financing. From an operational perspective, the industry is closely following the production-linked incentive scheme that India has introduced—offering subsidies against production milestones achieved. More such plans to help original equipment manufacturers will be welcome, he said. For e-mobility to be sustainable in India, “import substitution is critical,” Rajat Verma, founder of Lohum Cleantech, in Delhi, told Forbes India in a recent interview. Lohum, in addition to making new and recycled batteries, is probably the only venture in India that is also extracting the metals and carbon from used battery cells. Between $5 billion and $10 billion can be saved every year if raw material is extracted from recycling. The government should adopt fiscal policies that encourage recycling, Verma said. Further, there are gaps in the battery ecosystem which is one of the costliest components of any electric vehicle. Lithium-Ion batteries need to have a 5 percent GST regime to normalise them with EVs. Finally, “we absolutely appreciate the government's execution of FAME II. Subsidies are helping the ecosystem considerably and we would want the government to extend this scheme to 2025,” he said. India approved Phase-II of the FAME scheme with an outlay of Rs 10,000 crore for a period of three years starting April 1, 2019. Out of total budgetary support, about 86 percent of fund has been allocated for demand incentives, according to the ministry of heavy industry’s website. This phase aims to generate demand by way of supporting 7,000 e-buses, 500,000 electric three-wheelers, 55,000 passenger cars and 1 million electric two-wheelers.

Tweets by @forbesindia
'Dumb Money' is on GameStop, and it's beating Wall Street at its own game
Tatas' (Second) Retail Tryst