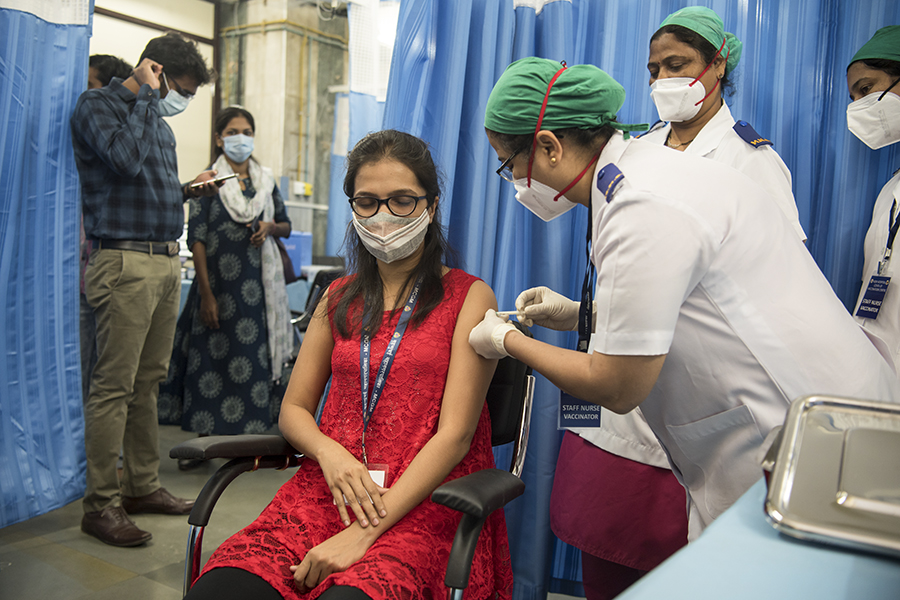 India’s finance ministry on Friday tabled the Economic Survey which highlighted the point that the country is expected to clock a contraction of 7.7 percent in its GDP for the year to March 2021, hurt by the ‘once-in-a-century crisis’ in the form of the Covid-19 pandemic. The country has since seen a V-shaped recovery in several high-frequency economic indicators since the unlocking of the economy in June last year. The economic survey now projects the country to grow by 11.5 percent in FY22 with nominal GDP forecast at 15.4 percent.

Tweets by @forbesindia
Why disinvestments will be key for growth of the post-pandemic economy
Photo of the Day: Testing 101