The termination of its contract with US retailer Target Corp has dented its reputation, along with its stock price 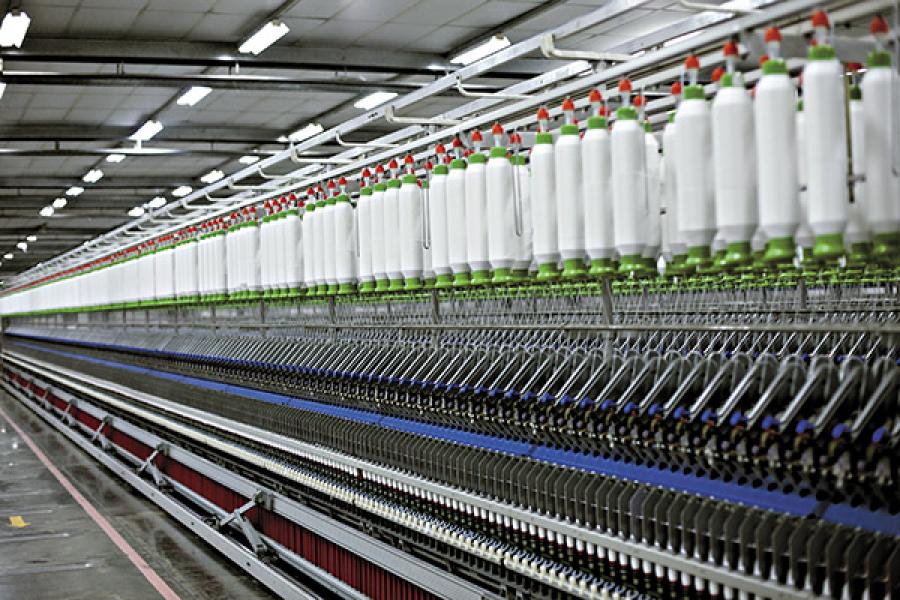 Shareholders at Welspun India were in for a shock on Monday, August 22: Within minutes of the market opening, the company’s stock fell 20 percent on news that US-based retailer Target Corp had terminated its business with the company. The story was repeated over the next two days, with the stock declining a further 20 percent each day.

Target had, on August 19, issued a statement informing buyers of a full refund on its Fieldcrest label of Egyptian cotton 500-thread count sheets.  After an extensive investigation, the company had discovered that Welspun Global Brands had substituted Egyptian cotton with the non-Egyptian variety. The sheets in question were manufactured between August 2014 and July 2016.

In a conference call with investors, Welspun unequivocally took the blame. “So there has been, let’s say, a failure on our part, so without any ambiguity the fault is on our side,” said Rajesh Mandawewala, managing director, Welspun India. Although he did not explicitly say so, he suggested that the problem was due to inadequate systems and processes. Within days, EY was appointed to review Welspun’s processes. 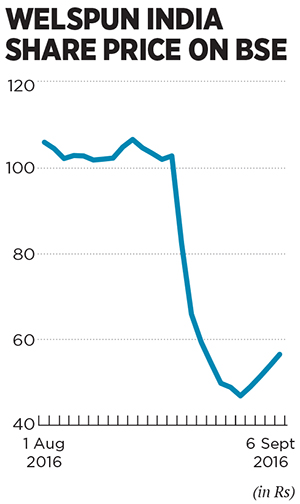 Indian textile companies—such as Welspun, Indo Count, Trident, Himatsingka Seide, and Alok Industries—have carved out a 47 percent market share in the bed linen segment in the US market, following the abolition of international textile quotas in 2005. Since the crisis, the only statement Welspun has made is to say that it intends to continue serving Target (which accounted for about 10 percent of its business), even as Target looks for alternate suppliers.

While it is too early to gauge the final impact of this setback, market watchers expect the company to come out of this with most of its business intact. Edelweiss retained its ‘buy’ rating on the stock and said it does not expect the current imbroglio to impact Welspun’s other key customers. Edelweiss did, however, scale down the company’s profit growth by 11 percent. Welspun’s declared aim of becoming a zero-debt-$2 billion company by 2020 is also likely to get delayed.

Although Welspun hasn’t lost any more clients, the damage to its reputation and stock price will take much longer to recover from.

In the fortnight since the news broke, Welspun’s stock price has recovered from the low of Rs 46.75 (on August 30) to Rs 58.90 (as on September 7) on the BSE. However, it is still 40 percent below what it traded at before Target’s announcement.

The news also comes at an inopportune time for the home textile business in India, where rising cotton prices have resulted in lower margins.

(This story appears in the 30 September, 2016 issue of Forbes India. To visit our Archives, click here.)

Tweets by @forbesindia
Apple iOS 10: messaging made more fun and other first impressions
Perfect timing: Watch out for these