The obituary of the American century has been written, but the US will continue to play a dominant role in the 21st century. America has emerged as the "cleanest of the dirty shirts" of the developed economies 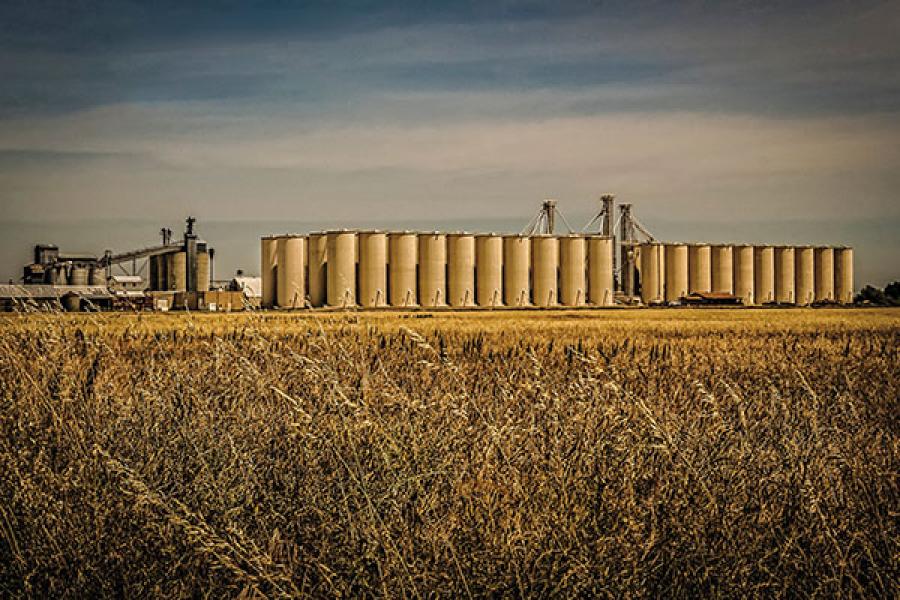 Image: Getty Images
Grain storage facilities in California’s Sacramento Valley. Agriculture remains one of the major industries in the country, and the US controls almost half of world grain exports

The US economy remains, by some distance, the world’s largest. Despite rising inequality, Americans remain relatively wealthy.

While the global financial crisis has damaged America’s economic power, its position remains superior to many other countries. The US was among the first nations to be affected. Financial market traders believe that: “If you are going to panic, panic first”. America benefited from first mover advantages during the crisis.

American policymakers, unlike their counterparts, moved aggressively to recapitalise financial institutions to reduce the risk of contagion. Large government budget deficits and specific industry programmes (for the motor car industry) helped prop up demand, reducing the effects of the financial problems on the real economy.

The US economy is now growing, albeit modestly.

On a comparative basis, even America’s debt statistics are better. Total debt (government, corporate and household) has fallen to about 330 percent of GDP from its peak of 359 percent in 2008.

Financial institution debt (88 percent of GDP) is lower than that of all developed countries except Canada’s. Banks have decreased leverage, having been forced to aggressively deleverage by selling off assets and raising capital. Banks also have only modest exposure to sovereign debt (8 percent of GDP) compared to banks in Europe (13-35 percent) or Japan (83 percent).

The US is less reliant on the world with its economy focussed on its substantial domestic market. The US remains a major food producer with agriculture being a major industry. It is a net exporter of food, controlling almost half of world grain exports.

Fracking Wonderful
Historically dependent on oil imports, which constitute a substantial part of its $600 billion trade deficit, the US is seeking to cut imports and increase its energy independence through increased production of shale gas and oil.

US oil output has risen 25 percent and is forecast to increase an additional 30 percent, to 11.1 million barrels per day by 2020. In combination with energy conservation measures, increased production has reduced US petroleum imports to around 40 percent of total consumption from 60 percent in 2005. American shale gas production has increased to more than 35 percent of total natural gas production from two percent in 2012.

While US energy independence is not likely in the near term, increase in domestic energy production and reduction in imports provides America with a significant competitive advantage and reduces its reliance on foreign suppliers.

A weaker dollar and lower energy costs, which reduces the cost base of domestic production, have encouraged a shift of production, manufacturing and assembly work back into the US—reshoring and relocating offshore production back to America.

This should assist in creating jobs needed to reduce unemployment. Stronger growth and lower unemployment will help reduce the large US budget deficit and address its public finances.

The US central bank’s ability to use quantitative easing (QE) to monetise its debt gives it flexibility to deal with its problems. Japan, the UK and Switzerland, although not the eurozone, have similar options. But the US dollar’s share of world trade and investment is extraordinary and out of proportion to its economic role, giving American policymakers greater options.

The dollar remains the principal currency for invoicing and settling trade. Around 85 percent of foreign exchange transactions involve the dollar. Fifty percent of stock of international securities is denominated in US dollars. Central banks hold 50 to 60 percent of their foreign exchange reserves in dollars. This is despite the fact that the US’s share of global exports is only 13 percent and foreign direct investment is 20 percent. Before the crisis, at one stage, around 85 percent of global capital flows was flowing into the US, including a significant portion (around $400 billion per year) into US government bonds.

Central to the US economic strategy has been zero interest rates and (to date) three rounds of QE. While its efficacy in boosting real economic activity is debatable, QE has helped finance US budget deficit. The US Federal Reserve currently purchases around 60 to 70 percent of all US government bonds. It does this by directly buying bonds or indirectly by injecting reserves into the banking system, which is then invested in treasuries.

The major benefit relates to debt owned by foreigners. Foreign investors, China, Japan and “others”, principally oil exporting nations, Asian central banks or sovereign wealth funds, hold 35 to 40 percent of America’s $16 trillion in government debt. As almost all of US government debt is denominated in dollars, devaluation reduces the value of its outstanding debt, making it easier for the US to service its debt.

In Reserve
A weakening dollar should logically discourage further foreign investment in US debt. But the position of the US dollar as the pre-dominant reserve currency has a perverse effect, ensuring the ability of America to find investors in US treasury securities.

The relative credit quality of the US and the unparalleled size and liquidity of its government bond market ensures investor support.

Given its reserve currency and safe haven status, US dollars and government bonds remain a cornerstone of investment portfolios of foreign lenders, especially central banks with large foreign exchange reserves.

Investors must keep buying dollars and reinvesting in dollar-denominated US government bonds to avoid realising currency losses on their existing investments. Foreign central banks must also purchase dollars to avoid even more rapid appreciation of their own currencies. In effect, devaluation forces existing investors to double down to lower their average cost of US dollars and US government debt.

America’s financial strategy entails lowering the value of its currency and decreasing the wealth of foreign investors to improve its competitive position.

Foreign investors, including China and Japan, which have around $2 trillion invested in US government bonds, face a significant loss of their national savings. Between 2008 and 2012, the depreciation in the US dollar resulted in a loss of over $600 billion for foreign creditors.

America risks financial retaliation. Other countries may undertake their own QE programmes or take other steps to offset American actions. With US policymakers contemplating a phased reduction in monetary accommodation, a high US dollar may undermine the strategy.

Alone Again
At the moment, the US is gambling that its economic recovery is sufficiently self-sustaining to withstand these pressures. In any case, interest rates remain low and fiscal policy loose. Policymakers also have the option of slowing the reduction in QE programmes.

More fundamentally, the US has the economic size and scale to retreat into near autarky, that is, a closed economy with limited international trade or capital flows. It can survive and retool its economy behind explicit or implicit trade barriers.

In the 1930s, Great Britain did something similar under Imperial Preference, a system of reciprocal tariffs or free-trade agreements between the dominions and colonies of Britain. It was used to protect Great Britain’s position as a global power against competition from the US and Germany.

In an advertisement for Chrysler cars shown during the Super Bowl in 2011 to the largest television audience in US history, an ageing Clint Eastwood gruffly states: “It’s half time, America. And our second half is about to begin”. The game certainly isn’t over!

Tweets by @forbesindia
Thoughts: Healthy mind and healthy body can bring about a positive change
Sun Pharma's Dilip Shanghvi has become the stuff of legends