Closed Economies in a Post-Recession World

For the US, Europe and China, closed economies are a realistic option. Others, including India, will have to adapt

The term ‘the Great Game’ once referred to the strategic rivalry between the British Empire and the Russian Empire in Central Asia. Today’s great game is the battle for economic survival in a world of low economic growth.

As economic nationalism reasserts itself, reducing free trade in goods and services and free movement of capital, the US, Europe and China are likely to find closed economies a realistic policy option, although for different reasons. Others, including India, will have to adapt. 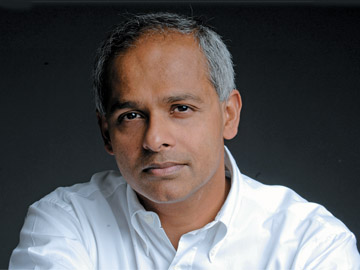 Structurally, the US can function successfully as a closed economy, due to its size (around 25 percent of global GDP), a large domestic market and lower exposure to trade (around 15 percent of GDP) than other large economies.

The US remains a major food producer. It is a net exporter of food, controlling almost half of world grain exports. It is also rich in mineral resources. Developments in shale gas and oil mean increased domestic energy production, providing America with a significant advantage through competitive energy costs.

The US dollar remains the world’s reserve currency, with a market share of around 60 percent of global investments. The US borrows in its own currency, benefitting from a ready market for its securities, both domestically and internationally.

The US has favourable demographics. It has high population growth relative to other industrialised countries, which have below-replacement fertility rates. The US has higher levels of immigration, remaining a magnet for talent and additional labour.

A shift to a more closed economy is consistent with America’s natural isolationism, focussed on aggressively protecting the nation’s economic self-interest and expanding US power and influence.

As a single unit, the eurozone’s current account is nearly balanced, its trade account has a small surplus, the overall fiscal deficit is modest and the aggregate level of public debt, while high, is manageable. But there are significant disparities between individual members of the eurozone in terms of income levels, public finances, external account and debt levels. Greater integration would help resolve some of these variations.

However, it would necessitate a net wealth transfer from richer nations to weaker members. Stronger, more creditworthy members would also have to underwrite the borrowings of weaker nations. Currently, there is significant opposition to such joint liabilities, predictably from net lenders such as Germany, Finland and the Netherlands.

Irrespective of its policy choices, Europe faces a prolonged period of economic stagnation as it works off its debt burden and undertakes major structural changes to correct imbalances. During this transition, Europe will be forced to focus internally, husbanding savings and wealth needed to absorb the required large debt write-offs.

Chinese Historicism
The Chinese mercantilist model is also increasingly problematic, as growth slows and its weaknesses emerge. China’s economy is largely closed, making it easier to adjust to the new environment.

China’s policy position is driven by the economic problems of its major trading partners. Given their lower levels of growth, exports to Europe and America can no longer drive Chinese growth. China will have to rely on domestic developments to drive the strong growth necessary to preserve social stability and the rule of the Communist Party. An internal focus would assist China to undertake the rebalancing of its economy from one driven by exports and state-directed, debt-financed investment to one with higher consumption.

China’s economic redirection may be driven by its enormous loss of wealth from engagement with the West. China has become increasingly concerned about the safety of $3.2 trillion in foreign exchange reserves invested primarily in government bonds and other high-quality securities denominated in US dollars, euro and yen. Chinese resentment at the destruction of the value of its savings is increasing. 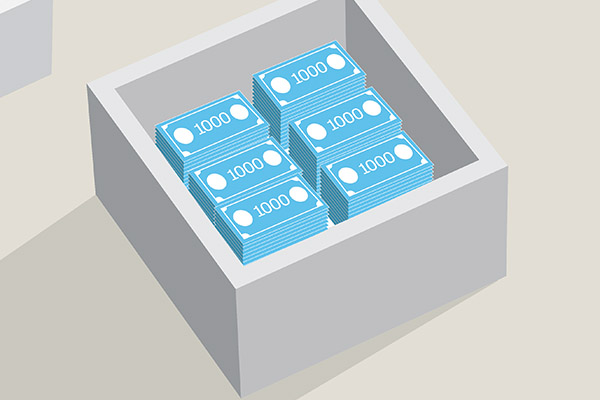 Image: Sameer Pawar
China also sees diminishing gains for engagement with external parties other than on its own terms. It resents external pressures on its economic policies, currency value, trading practices, political system, foreign policy and human rights record. China resents the hypocrisy of developed nations in dealing with a great power.

Chinese history is shaped by successive humiliations in dealings with the West. Economic disengagement is dictated, in part, by developing breakdowns in the relationship between China and its trading partners. For China, a reversal of a policy represents a return to traditional economic self-reliance and a limited interest in trade.

For example, smaller nations cannot influence exchange rates to the same extent as the major powers. Instead, countries require pragmatic strategies to prosper.

Alternative trading blocs to counter the shift to closed economies may evolve. Natural resource-rich countries may ally themselves with major nations, such as the US, Europe or China, becoming preferred suppliers of food, energy or raw materials. In turn, they can reciprocate by becoming markets for products or services and investment of their trading partners.

African countries are pursuing this policy, concluding long-term supply agreements for agricultural or mineral products sought by China. In return, China is expanding investment, trade and development aid preferentially with these nations, co-ordinating transactions by Chinese businesses and banks.

If they could overcome historical animosities and territorial conflicts, then Japan and China could evolve a mutually beneficial strategic partnership. Japan is China’s second largest trading partner. Japan is also one of its largest foreign investors.

Japan possesses advanced technology and needs markets for its exports. China is a large potential market and Chinese businesses would benefit from Japanese skills and intellectual property. With one of the world’s largest pool of savings, Japan is continually seeking investment opportunities.

Despite a history of intermittent political differences, India may need to seek closer ties with China. Such an alliance would help India overcome constraints, including financing large current account and budget deficits, investment capital requirements and infrastructure shortages. China would improve access to raw materials and India’s large domestic market. Chindia is not farfetched given the two countries have rich cultural links reaching back to ancient times and increasing trade links.

Redrawing battle lines
The global financial crisis represents a historical discontinuity, driving significant changes in economic and financial systems as well as broader political structures. Nations will have to abandon historical ties and biases, trading off political status against economic prosperity and security in the new world order.

The possibility of a historical shift does not inform the current thinking of governments, central bankers, financial institutions and businesses. The denial reflects what George Orwell identified as a “major mental disease” afflicting intellectuals: “The instinct to bow down before the conqueror of the moment, to accept the existing trend as irreversible.” A retreat from globalisation and pursuance of policies that favour closed economies is now a serious possibility with far-reaching consequences that need to be considered.

Satyajit Das is a former banker and author of Extreme Money and Traders, Guns & Money

Tweets by @forbes_india
'India's Services Sector-Based Economic Model is its Problem'
Ramco's Turnaround: Can a new CEO do it?