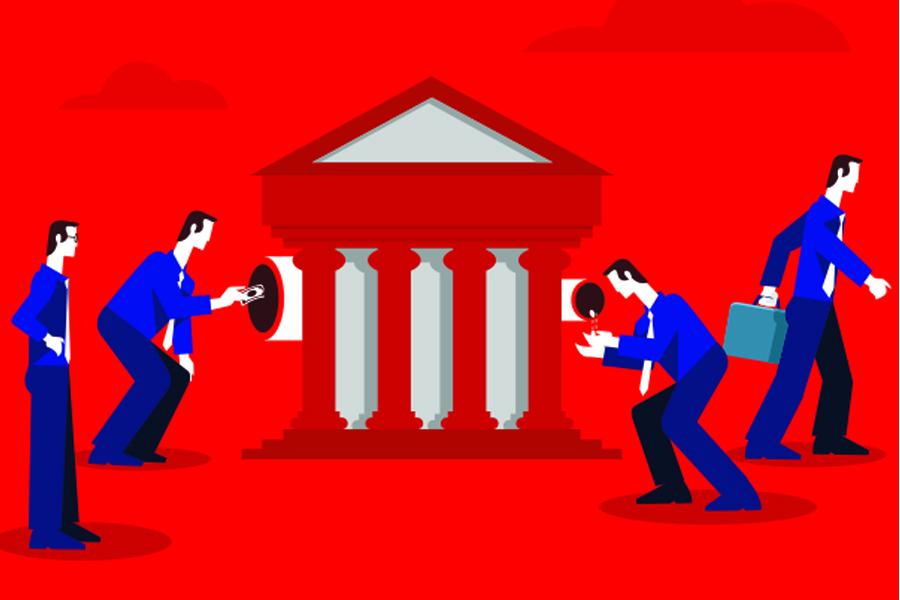 Sovereign debt can only be reduced through strong growth, inflation, a debt default or, in the case of foreign borrowings, currency devaluation.

Apart from growth, all the other strategies involve some amount of transfer of value from savers, either by way of a reduction in the nominal value returned or decreased purchasing power.

There are practical constraints in deploying these strategies too. Growth and inflation are currently low in developed economies; devaluation is difficult if every nation pursues the same policy of currency weakening; and a debt default, on the scale required, would destroy a large portion of the world’s savings as well as affect the solvency of the financial system, triggering a collapse of economic activity. As a result, policymakers refuse to allow write-downs of trillions of dollars worth of debt.

In the absence of any politically acceptable and economically manageable solution, policymakers must rely on extend-and-pretend strategies combined with financial repression. Low rates and quantitative easing (QE) allow borrowings to be maintained to avoid a solvency crisis.

Central banks are covertly using negative interest rates to reduce excessive debt levels by transferring wealth from savers to borrowers through the slow confiscation of capital. In the US, near-zero interest rates have reduced the interest cost of the $15 trillion-US banking system. The loss of annual interest income for savers is around $450 billion—from roughly $500 billion to just $50 billion a year. Negative interest rates reduce the principal of the debt directly.

Investing and Nothingness
The greatest puzzle is why investors would accept negative interest rates. There are several possible explanations.

First, the need for security and safety may dictate investments in government bonds or insured bank deposits. These instruments are backed by the sovereign nation that has the ability to issue currency to make repayments.

Second, returns are relative. In Europe, purchasing bonds yielding more than the official rate of the central bank, even if it is negative, is still the best alternative.

Third, investors may be attracted by the opportunity for capital gains from price appreciation if they expect yields to become more negative.

Fourth, foreign investors may be attracted by possible currency appreciation.

Fifth, investors may be driven by real rather than nominal returns. Bonds with nominal low or negative returns may preserve or increase purchasing power where expected deflation is greater than the negative yield, providing positive real yields. In Japan, deflationary pressures support investment in zero- or low-yielding cash and government bonds.

Sixth, investment mandates force fund managers to purchase negative yielding bonds, irrespective of the fact that it locks in a loss.

Seventh, banks and insurance companies are forced to purchase negative-yielding securities. Liquidity regulations require these entities to hold high-quality securities. Banks have cash flow timing mismatches or gaps between deposits and loans which must be invested, usually in short-dated government bonds.

choices are also buyers of negative yielding securities. For example, the European Central Bank’s QE allows it to purchase bonds with negative yields provided it can fund the bond purchases at a lower official deposit giving it a positive carry trade.

Negative Adaptations
Motivated by the desire to avoid an effective tax on savings in the form of negative interest rates, investors may resort to various strategies to preserve wealth.

First, they can physically withdraw cash and hold it. In the 1990s, in Japan, low interest rates and concerns about bank failures drove significant withdrawals of cash driving a rapid growth in the sales of safety lockers. Though theoretically feasible, this is unlikely to be a realistic option for businesses, governments and wealthy individuals. The modest size of the largest denominations of notes ($100 or euro 500) is one constraint, besides security, transport and insurance concerns.

Second, investors may avoid negative rates by resorting to a variety of near-cash instruments. One option would be bank cheques which are transferable. Investors could withdraw their savings or creditors obtain payment by bank cheques which would not be banked until needed or could be negotiated to pay for goods and services.

Third, investors could hold savings in foreign currencies only converting it into a negative-yielding currency when needed.

Fourth, real assets such as land, property and commodities, especially precious metals and collectibles, would be favoured as a store of value. Businesses may over-invest in inventories of production inputs which can be used later.

Fifth, alternative payment behaviours offer a means of avoiding negative yields. There would be an inherent incentive to make payments quickly and defer receipt of funds due. This could be extended to pre-payments, where parties could pay for future obligations in advance.

Pre-payment of taxes, suppliers or employees would be encouraged.

Reversing normal practice, holders of credit cards could pre-pay running down the credit balance as required over time. Pre-paid instruments such as gift vouchers, transport passes or mobile phone cards can act as stores of value and negotiable instruments. These strategies avoid the effect of negative yields, but entail increased credit or performance risk.

These innovations are socially and economically destructive.

Funds become tied up in unproductive assets. Savings do not circulate to provide essential financing of social and industrial investment, perversely reducing growth. Capital allocation is distorted by the desire to avoid negative rates.

New behaviours create new systemic risks. Payment systems and products, designed for positive interest rates, will alter the flow of funds and exposures within the economy when used in an unintended manner.

The shift out of banking deposits affects the funding of banks. Ironically, this is inconsistent with bank regulations which favour retail deposit financing of financial institutions. The reduction and instability of funding as liabilities shift to certified cheques or pre-payments may reduce the ability of the financial system to extend credit, further hampering economic activity.

In effect, the disruption from negative interest rates may damage the arrangements it is designed to preserve.

Positive Action, Negative Reaction
Effective negative rates would require the abolition of cash itself. To date, the case for banning cash has been couched in terms of deterring criminal acts like terrorism, eliminating tax avoidance, enhancing efficiency by faster funds flows, reducing costs or even improving hygiene by preventing contact with soiled notes.

In September 2015, Andrew Haldane, chief economist at the Bank of England, argued that the presence of cash constrained central banks from setting negative rates to stimulate a depressed economy. In a future economic crisis, current low rates would restrict the effectiveness of monetary policy. Enhancing the ability to use negative rates would provide central banks with additional flexibility and tools to deal with a slowdown. It would be an imaginative mechanism for levying negative rates to confiscate savings.

Elimination of currency has implications for social and financial exclusion. The cost of converting these users to digital payments is non-trivial.

Central banks would lose financially. There would be a fall in seigniorage revenue, which is the difference between the minimal cost of creating currency and the investment return on government bonds. The amounts lost are significant. It would reduce the loss-absorption capacity of central banks and undermine a source of revenue affecting public finances.

In his speech, Haldane accepted that public support for banishing cash was uncertain. Any such action is social and political. Citizens are likely to resist the loss of privacy. Where the elimination of cash is linked to negative rates, it would be seen as a tax on savers and state confiscation of savings. The intrusion of the state and authorities on this scale would become an explosive political issue.

(This is the concluding part of a two-part series)Satyajit Das is a former banker. His latest book is Age of Stagnation. He is also the author of Traders, Guns and Money and Extreme Money