Saudi Arabia is in no hurry to cut production, even at the cost of falling revenue. But sustained low prices have long-term effects 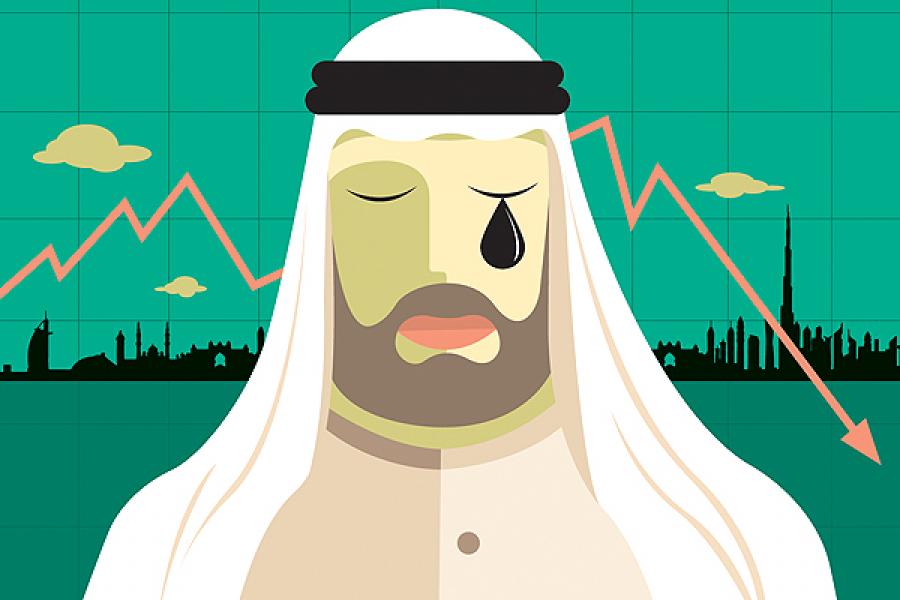 The price of crude oil, adjusted for inflation, is at 1979 levels, having fallen by over 40 percent since June 2014. This is not the first oil price shock but part of periodic conflicts in the oil market that John D Rockefeller called the “great sweating” a century ago.

Increased supply contributes 60 to 70 percent of the decline. In a pattern reminiscent of earlier price cycles, several years of high prices and strong demand has encouraged new sources of oil supply to be brought on stream, causing the price to adjust. The US alone has added 3 million barrels a day of new supply in the last three years, the equivalent of adding a new Kuwait or UAE to the world oil market.

The increased supply has been exacerbated by the refusal of the Organization of the Petroleum Exporting Countries (Opec), led by Saudi Arabia, to cut output for strategic and geopolitical reasons. Opec is in decline, with its market share having fallen from more than 50 percent in 1974 to around 40 percent at present.

From the Saudi perspective, the primary benefit of high oil prices has accrued to non-Opec members. A cut in Saudi or Opec production to support prices would only further benefit these oil producers.

The Saudis are mindful of history. In the mid-1980s, Saudi Arabia cut its output by close to 75 percent to support weak prices. The Saudis suffered a loss in revenues and also market share. Other Opec members and non-Opec producers benefited from higher prices. In recent years, Saudi Arabia has regained market share, benefiting from the disruption to suppliers such as Iran, Iraq and Libya. The Saudis are reluctant to cut production, preferring to maintain market share rather than prices.

The strategy is to allow prices to fall to levels below production costs of high-cost producers and non-traditional oil sources. The average break-even cost currently is probably between $60 and $70 per barrel. Importantly, US shale oil may not be economic below those price levels. Perhaps as much as 80 percent of shale reserves are uneconomic; prices below $80 per barrel, at least based on current technology. In the short run, producers may continue to produce and sell at below full cost break-even prices. If oil prices stay low for a sustained period, producers will be forced to cut production, with marginal or higher-cost firms forced to close or declare bankruptcy.

In theory, Saudi Arabian oil and foreign policy are separate. In practice, they are related. Low oil prices hurt Iran, Saudi Arabia’s competitor for the Middle East’s political influence. It is revenge for Iran’s support of the Shiite factions in Iraq, allegiance with Syrian leader Bashar al-Assad and its destabilising nuclear programme. Low oil prices also hurt Russia, which supports Syria and Iran.

Low oil prices can be seen as Saudi reprisals against the US. The strategy is a signal that Saudi Arabia wields significant power and should not to be treated casually in geopolitical terms.

Price vs Production
The period over which oil price remains low affects its long-term impact. Some argue that oil prices have entered a new range of $20 to $60 per barrel. Some are purchasing put options that pay out if oil prices fall below $40. Others see the fall as temporary, seizing the opportunity to purchase assets cheaply.

Oil demand is likely to remain lacklustre with economic growth slow in most of the developed world and emerging markets. Conservation measures and environmental pressures are reducing long-term oil demand. Oversupply is also likely to persist, at least in the near term.

Saudi Arabia and Opec are unlikely to adjust production significantly. Saudi Arabia has stated that it will not cut production even if oil prices fall to $20 per barrel. It is, in fact, producing at record levels. It is a historical shift, emphasising market share rather than high prices, by controlling supply. Underlying the strategy is the focus on allowing low-cost, efficient oil producers to increase their market power.

Saudi Arabia is well placed to implement this long-term strategy. It is the world’s largest crude oil exporter. It has 25 percent of the world’s oil reserves. It has invested to maintain 2 million barrels per day spare capacity (over 80 percent of global spare capacity). It also has about $900 billion in foreign assets, giving it the capacity to survive significant fall in revenues from lower oil prices for an extended period.

Other supplies are also unlikely to fall in the near term. Countries with a high dependence on oil-related revenues will be forced to increase production to maintain cash flow. The US shale oil industry has more capacity coming on stream and is likely to increase production despite economic pressures, focusing on cash flow rather than profitability. High leverage and high debt servicing commitments will drive this behaviour.

The basic characteristics of the oil industry and its price cycles compound the high supply levels. Energy projects take years to bring to production. Consequently, the relevant price volatility is around long-term trends. The major focus is on structural forces such as long-term supply and demand, technological developments that make more resources accessible at lower cost and regulatory actions, such as subsidised national energy self-sufficiency and emission costs.

In the present low-price environment, these factors will drive postponement of investment in more expensive or marginal projects and an acceleration of cost cutting and efficiency enhancement initiatives. This makes lower prices tolerable. Lower production costs allow further price declines. The ability to absorb low oil prices is not infinite, but based on past cycles the limits are large and have not yet been reached.

But the structure of the oil market entails fine margins between demand and supply. The current oversupply is around 2 million barrels a day, less than 2 percent of global consumption. Price elasticity is also low, especially in the short run.

Key uncertainties include weather conditions and supply disruptions. Geopolitical factors such as sanctions on Iran and Russia and civil wars in Iraq, Libya and Yemen have the potential to change supply significantly. Any of these can change the balance in the market rapidly.

In the medium to long term, market forces, production costs and required economic rates of return on investment will assert themselves. Lower prices will increase demand and reduce supply. Investment losses will reduce production capacity, limiting the ability to respond to higher demand. But these factors will take time to work through the market.

There are a number of complicating factors. Commodities, including oil, are generally traded in US dollars. The relative strength of the US economy and anticipation of normalisation of interest rates is driving a stronger dollar. This may drive oil prices lower.

The global economy is experiencing disinflation and, in the case of some nations, deflation. Price pressures and a lack of pricing power in end-product markets flow through into inputs, such as oil prices, driving them lower. High real interest rates also result in low commodity and oil prices. Interest rates are at historically low levels, near zero in many currencies. But low inflation or deflation means the real interest rate is frequently high, which drives oil prices lower. If these financial factors persist, the downward pressure on oil prices will continue.

In the near term, barring a sudden change in supply conditions, it seems probable that oil prices will be weak but volatile. But as JRR Tolkien wrote in The Fellowship of the Ring: “Even the very wise cannot see all ends.”