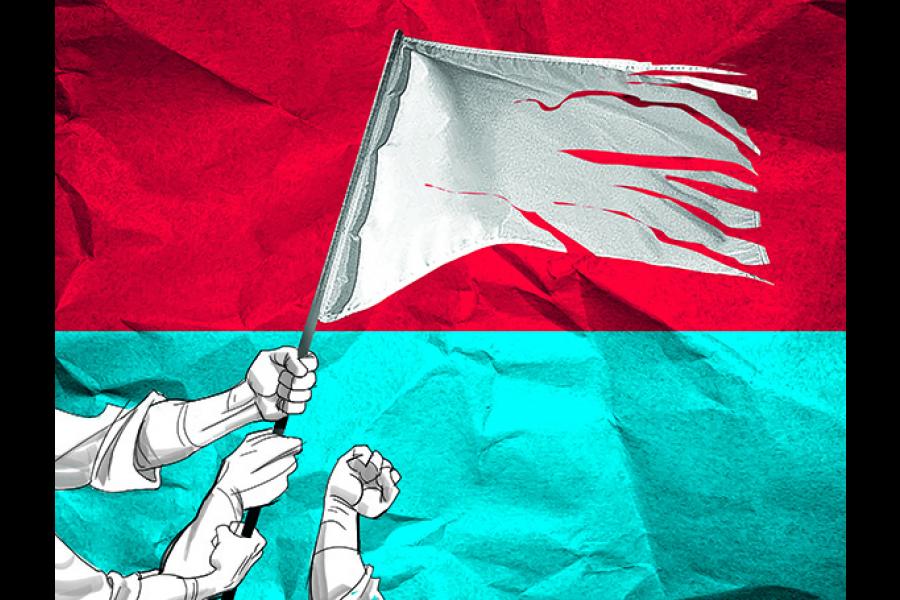 In an attempt to deal with the effects of the economic crisis, politicians and policymakers are increasingly resorting to political repression. A democracy deficit is now as much of a problem as budget and trade deficits.

Elected politicians refuse to acknowledge that high living standards and state-provided entitlements (used to secure election) based on borrowings are unsustainable. They have misled their citizens about the gravity of the financial problems. They have not been honest about the costs of the crisis that must be borne by ordinary people. Successive Spanish governments’ handling of the crisis illustrates this process.

On April 11, 2011, Spanish Finance Minister Elena Salgado said: “I do not see any risk of contagion. We are totally out of this.” She was right—she was entirely out of it. In 2012, she was voted out. Her successor Luis de Guindos stated on March 30, 2012: “We are convinced that Spain will no longer be a problem, especially for the Spanish, but also for the European Union.”

Spanish PM Mariano Rajoy’s attempts to maintain confidence a few days later, on April 12, 2012, were confusing: “To talk about a bailout for Spain at the moment makes no sense... It’s not possible to rescue Spain. There’s no intention to, it’s not necessary and therefore it’s not going to be rescued.” When eventually Spain required financial support, the disambiguation reached a new level. Guindos said: “What is being requested is financial assistance. It has nothing to do with a rescue.”

European governments have offered interesting reasons for their actions, especially the severe austerity measures, which have impoverished the unemployed, retirees, young workers and the disadvantaged.

In September 2012, Rajoy said “reality prevented” him from keeping his electoral promises. Subsequently, in December 2012, he said pension cuts were “imposed by reality”. As his electoral support faded, he appealed to the EU for relaxation of deficit and debt targets, arguing that “reality [was] imposing” slower fiscal consolidation.

In Germany, the suppression of debate has reached extraordinary heights, reminiscent of the best years of Soviet propaganda. Ordinary German citizens have been poorly informed of the risk of losses from the bailouts of other European countries by the EU. Chancellor Angela Merkel was only able to honour her promise that Germans would not suffer any losses from the bailout by agreeing to Greece replacing existing debt—which it could not repay with new very low-coupon long-term borrowings—to maintain the fiction that the Hellenic nation was solvent.

The Orwellian approach of the political elite was summed up by Eurogroup President Jean-Claude Juncker in April 2011: “When it becomes serious, you have to lie.”

European governments have deliberately moved key decisions outside electoral and parliamentary processes. The German constitutional court ruled that several decisions by Merkel’s government in relation to the bailouts were unconstitutional. Future actions will need to be approved by the Bundestag, the German parliament. To avoid scrutiny of decision-making, German leaders have moved key decisions into opaque EU forums.

Smaller countries can find themselves arbitrarily included or excluded from crucial decisions. Finland was extended special terms securing part of their commitments to the European bailout package—they had asked unsuccessfully, it was rumoured, for security over some Greek islands.

Decisions on the bailout of Greece and the draconian austerity measures were dictated by the EU, with limited involvement of the Greek government. Greek PM George Papandreou led a short-lived and ill-fated attempt to stage a plebiscite on austerity policies. It was dismissed by larger Eurozone states and the EU as “disruptive”. Subsequently, the EU orchestrated the replacement of the Greek and Italian PMs.

The party of the Germany-anointed PM Mario Monti, previously an EU official, performed poorly in the Italian elections. The joke was that the election was contested by a former communist, a philanderer, a comedian and an economist (Mario Monti nicknamed ‘Rigor Montis’ by comedian Beppe Grillo).

A German newspaper summed it up neatly, “Germany loses Italian Election”. Fearing the re-emergence of financial problems, an alarmed Germany and the EU urged Italy to continue its austerity programme.

German Finance Minister Wolfgang Schäuble said that Italian political leaders must “do what the country needs, namely form a stable government that continues on the successful path of reform”. EU President Jose Manuel Barroso urged Italy to resist populism: “We should be serious when we discuss economic policy and not give in to immediate political or party considerations.” These policies have reduced Italy’s GDP below its 2001 level and have been rejected by over 50 percent of its voters.

As it occurred in Greece after its 2011 elections, the major political parties, with the support of the EU and Germany, sought to sideline the result through a coalition between major parties, to neutralise the influence of dissident smaller but significantly supported parties.

European policymakers appear to believe that a suspension of democracy and sovereignty with the implementation of centrally determined policies by trusted technocrats will secure the future. Like the crony capitalism that Lawrence Summers criticised, the process favours excessive secrecy and avoidance of public scrutiny and debate.

Playwright Bertolt Brecht would have recognised the pattern. Watching the suppression of workers’ protests in East Berlin in 1953, he observed: “The people having lost the confidence of the government, the government finds it necessary to dissolve the people and appoint a new one.”

The crisis has undermined the relationship between voters and elected politicians and policymakers in many countries. There has been a significant decline in the electoral support of major parties.

In the US, the rise of the Tea Party wing of the GOP (or The Republican Party) reflects, among other things, dissatisfaction with the existing political status quo. In Europe, smaller parties like Germany’s Pirate Party, France’s National Front, Greece’s The Golden Dream and Finland’s The Finns Party (earlier True Finns) have gained electoral support. In Italy, populist comic Beppe Grillo emerged as a political force, winning a significant share of the vote in the March 2013 elections. Support for his Five Star Movement represented the electorate’s rejection of both the political establishment and the EU-imposed austerity policies.

In the 2013 German elections, a new party—AFD (Alternative für Deutschland)—garnered significant support, despite its short history and poor organisation. Its anti-Europe and anti-bailout stance saw it receive enough support to gain parliamentary representation. These parties are likely to figure prominently in the European parliamentary elections scheduled for May.

The phenomenon is not confined to developed countries alone. The rise of India’s anti-establishment Aam Aadmi Party is part of the same process. It reflects a deep-seated distrust in existing political parties and policy systems. It is a response to self-serving elites and policies which have failed to deliver anything other than marginal improvements in the lives of citizens and deep-seated corruption.

Ordinary citizens everywhere are increasingly aware that they will have to bear the costs of the financial crisis and the government’s policy failures. Most fear poor employment and income prospects, loss of savings and a general decline of living standards. As former US President Franklin Roosevelt noted, “People who are hungry and out of a job are the stuff of which dictatorships are made.”

A widening gap between the views and concerns of the people and the political and bureaucratic classes threatens the fragile compact at the heart of free societies. The risk of economic, social, political and international breakdowns is very real.

In March 1933, John Maynard Keynes wrote: “We have reached a critical point… we can... see clearly the gulf to which our present path is leading [if governments did not take action]… we must expect the progressive breakdown of the existing structure of contract and instruments of indebtedness, accompanied by the utter discredit of orthodox leadership in finance and government, with what ultimate outcome we cannot predict.” That warning is relevant today.

Satyajit Das is the author of Extreme Money and Traders, Guns & Money