The free flow of ideas in an organization is essential for maximizing potential and growth. It's critical to create a culture in which people feel psychologically safe, as well as willing to share and voice their ideas 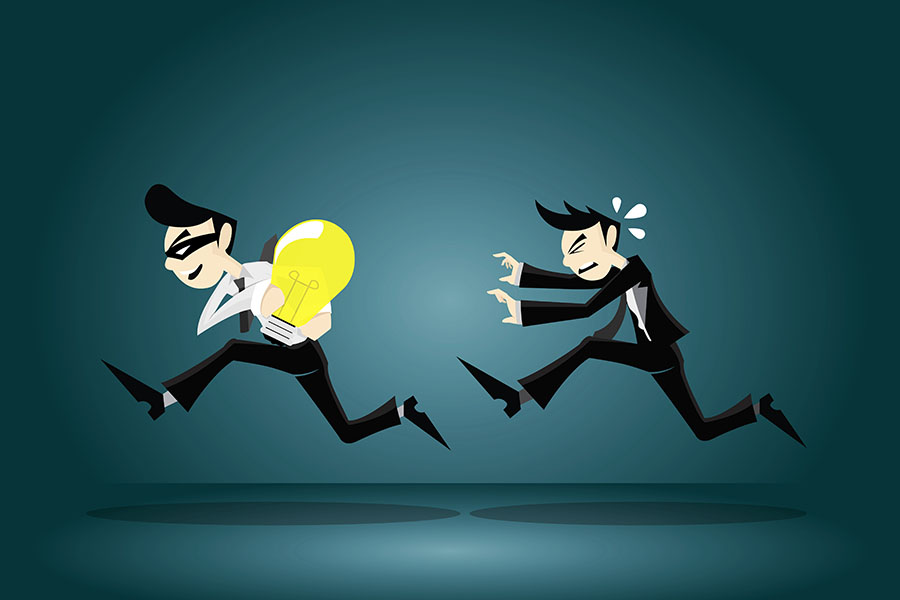 Knowledge workers are wary of having their ideas usurped Image: Shutterstock

Imagine an ice cream shop in which one worker pilfers $20 out of a communal tip jar while another worker takes credit for someone else's new flavor idea.

Which theft is worse — the idea or money?

It turns out that people perceive idea theft as a greater transgression than money theft and judge it more harshly, according to new research from Darden Professor Lillien Ellis. Further, people perceive the theft of creative ideas, such as a new ice cream flavor, as worse than the theft of practical ones — say, moving the napkin dispenser to the front counter.

“Creativity is widely regarded as the impetus for growth, scientific discovery and positive change,” Ellis writes in “The Interpersonal Consequences of Stealing Ideas: Worse Character Judgments and Less Co-Worker Support for an Idea (vs. Money) Thief,” published in Organizational Behavior and Human Decision Processes. With the expanding knowledge economy and organizations hungry for innovation, whether in processes or products, workers are naturally encouraged to come up with — and build on — creative ideas together. Yet “sharing ideas is an imperfect process and may have unintended consequences, such as increasing opportunities for idea theft.”

Knowledge workers are wary of having their ideas usurped; nearly 1 in 3 employees said a co-worker had stolen an idea, according to Forbes.

Why is idea theft so unsavory? In a series of experiments, Ellis shows that idea theft — which she defines as occurring when “a person intentionally pursues or takes credit for an idea that is perceived to be owned by someone else” — is perceived as a bigger violation because people interpret it as a sign of bad of self-interest and inauthenticity.

In two studies with more than 800 participants, Ellis found that more chose to attribute a selfish, internal motivation to a fictional subject when they were told he stole an idea versus when he’d stolen money. Specifically, they more frequently generated explanations for John’s behavior that reflected on the type of person he was, such as, “I think what motivated John [to steal the idea] is that he is a very selfish, self- centered person. I think he could also be the type that enjoys depriving someone of something that’s theirs. He could be sadistic like this.” Such a conclusion was more likely than suggesting a reason stipulating that John stole the idea because he was worried about losing his job and becoming homeless.

In comparison, in a money theft scenario, study participants allotted “John” more leeway, showing relatively more willingness to suggest the following external motivation: “Maybe John was having money problems himself, and needed to desperately pay his rent or he’d be evicted. He also could be an addict stealing to support his addiction” — rather than assuming John stole money because he was just “greedy and dishonest.”

The implication is interesting, Ellis notes, as it is not necessarily against the law to take an idea, yet the act clearly runs counter to unspoken moral laws. And subverting those implicit laws has interpersonal consequences: In another of her experiments, participants reported significant reluctance to work with or support colleagues they considered idea thieves — 65 percent of participants said they’d rather have a new colleague who’d stolen money in the past, rather than someone who’d stolen an idea.

For innovation to occur, ideas need to be shared and built on by multiple people to refine and enact them. It is often difficult to objectively pin down exactly who “owns” an idea, though Ellis’ work suggests that people feel strongly convinced when they’ve had a piece of intellectual effort allegedly stolen. This heightened certainty may be due to the psychological stakes, given the strong connection between ideas and a person’s sense of self.

To counteract the potential damage to individuals, teams and organizations that comes with the sense of injustice and betrayal accompanying idea theft, managers need to create a culture that promotes quick and fair acknowledgement of an idea as well as the psychological safety necessary to generate it. They need to pay attention to who gets credit, how that acknowledgment is made, and how people are “heard” — particularly people in subordinate roles and members of traditionally lower-status groups such as women and minorities, whose original ideas may be more likely to be unacknowledged or co-opted for another’s credit.

Simple strategies like amplifying someone’s idea in a group setting by repeating and immediately crediting it may help: “Paul, Anika raised that idea a few minutes ago — it sounds like you’re agreeing it’s a good point.”

“The free flow of ideas in an organization is essential for maximizing potential and growth,” Ellis says. “It’s critical to create a culture in which people feel psychologically safe, as well as willing to share and voice their ideas.”

Ellis suggests this may pose collaboration platforms with “an interesting opportunity to design fun mechanisms for tracking ‘the life of the idea.’ I like this because it has a positive spin, and that’s what this is all about really: acknowledging the creative contributions of others.”

And that is an idea worth crediting.