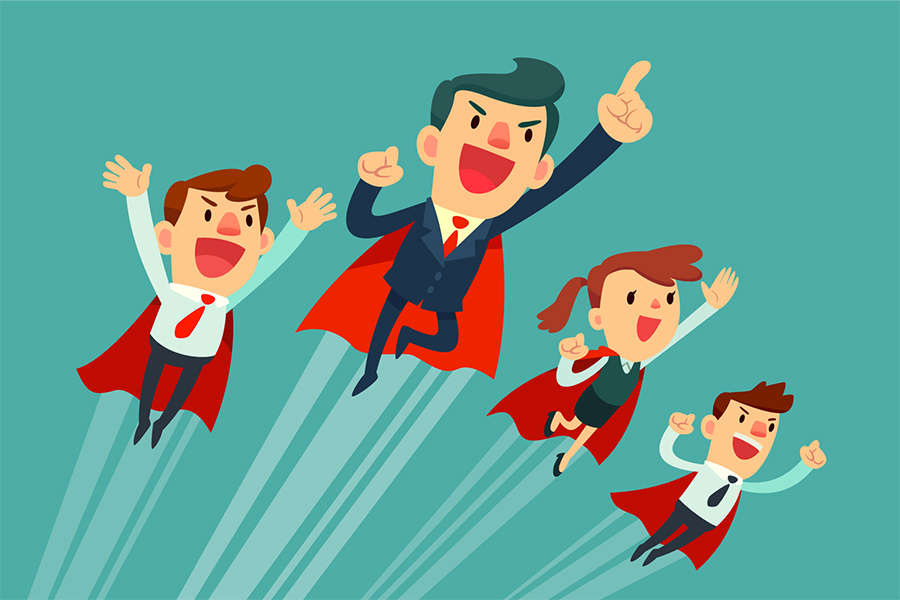 Integration and reframing are about changing mindsets and implementing innovations across an organisation
Image: Shutterstock

A manufacturer of the fabric used to reinforce car tyres might not seem an obvious source of innovation inspiration. But in just a few years, Kordsa, a part of the Turkish industrial conglomerate Sabanci Group, transformed itself from a price-driven maker of commodity products into a provider of innovative solutions to clients across multiple industries.

While there are many reasons for Kordsa’s remarkable success, the process began with senior executives giving permission to everyone in the organisation to innovate.

Of course, most organisations recognise the importance of encouraging innovation. Good ideas can streamline production processes, help save money and open up potential new markets. Yet despite the compelling evidence, it’s not always obvious what steps are needed to integrate innovative practices and thinking across an organisation.

A blueprint for innovation

Based on over twenty years of researching, teaching and consulting for some of the world’s leading companies, I’ve attempted to address that shortfall. In my book Built to Innovate, I aim to map out a proven system for building constant innovation into your company’s DNA. I explain that there are three key processes necessary to build what I term an Innovation Engine into any organisation: Creation, Integration and Reframing.

Integration and reframing are about changing mindsets and implementing innovations across an organisation. These will be dealt with more fully in subsequent articles. Creation is focused on the act of generating the ideas needed for innovation to take place. But it is also about making sure those ideas are being created throughout an organisation, particularly by frontline workers.

As we see in the Kordsa example, for this to work, people need to be able, capable and motivated to create ideas. Put another way, they need the permission to innovate; the time, training and resources to innovate; and the motivation to do so without fear of failure.

Cenk Alper was the executive charged with bringing a culture of innovation to Kordsa. One of the first actions he took was a company-wide survey to identify good innovations already taking place within the firm. He then made sure that these were recognised and rewarded.

Alper also invested in a new internal technology centre in a bid to upgrade the organisation’s R&D operation. At the same time, he made sure all departments of the business were working on at least one innovation project, helping ensure the concept of creativity was embedded across the organisation.

However, perhaps the biggest step to ‘democratise innovation’ as Alper described it, was the launch of Total Productive Maintenance (TPM). This was an innovation training programme rolled out for all employees from frontline workers through to senior executives across all 12 facilities globally.

To underline the commitment of senior leaders to TPM, Alper went through the training himself and made sure all middle managers also received the training. As well as giving employees the tools and techniques needed to innovate, TPM showed them that they not only had permission to innovate but they were expected to do so.

The results were impressive and wide-ranging, going far beyond the development of more innovative products, though that also occurred. Innovations included a drastic reduction in the time needed to replace an oil filter on the assembly line. TPM also led to the creation of a buddy system for new starters that eased pressure on the HR department and forged closer ties between employees.

Closing the gap to clients

To further help with the idea creation process, Kordsa also looked to reduce the distance between potential innovators and customers. This is something I have identified as key to developing an innovation engine in any organisation.

A state-of-the-art experimental laboratory opened its doors so customers could visit and bring their ideas and challenges to Kordsa’s scientists. Meanwhile, cross-functional teams spent time camped in the customers’ plants to better understand their unmet needs and challenges.

One new product that came out of this process was the development of a new type of tyre cord fabric. Branded Capmax, it removed the need for several time-consuming and costly stages in the tyre manufacturing process, a common customer complaint.

These new products didn’t just help the organisation become recognised as an innovator within the tyre manufacturing industry. They also opened up completely new markets such as aerospace and electronics, where they could licence their innovative composite materials.

A final piece of the jigsaw puzzle was motivating employees to create the ideas. One way this was achieved was through the thoughtful design of a stage-gate process that innovation ideas. For an idea to pass through to the next stage of development, it had to meet a series of criteria after review by a leadership committee.

However, to protect innovators from the stigma of failure, and to avoid prematurely killing ideas with potential, the process incorporated ‘positive discrimination.’ This meant ideas were not bound to the normal commercial pressures and profit requirements for the first five years. This tweak to the system gave the Kordsa teams more time to eliminate any teething troubles or flaws.

Kordsa is a great example of what can be done when a whole organisation commits to the idea of creation. Their numerous innovations have reframed the organisation as a technology innovator that has won numerous awards. It is also now ranked third for R&D capabilities among all Turkish corporations.

The ever-expanding range of innovative materials have allowed the company to grow its business into a raft of previously unconsidered areas, while Alper went onto become CEO of Sabanci Holdings. His belief in the value of empowering all employees remains undimmed and he continues to personally conduct innovation training for employees today.

Surely, the clearest sign to all his employees that they have his full approval to embrace innovation.

This article is part of a series that take specific case studies from the book Built to Innovate by Ben M. Bensaou which highlight the three key processes that are necessary to develop an innovation engine into your organisation: Creation, Integration and Reframing.

Tweets by @forbesindia
Manish Rathi and Kapil Raizada: Chugging along for the long haul
Across the world, Covid anxiety and depression take hold—again