Manish Rathi and Kapil Raizada: Chugging along for the long haul

In 2011, the rookie founders started their journey with a mobility platform for rail travel. A decade later, both are in their 50s, and have another revenue engine: Inter-city buses 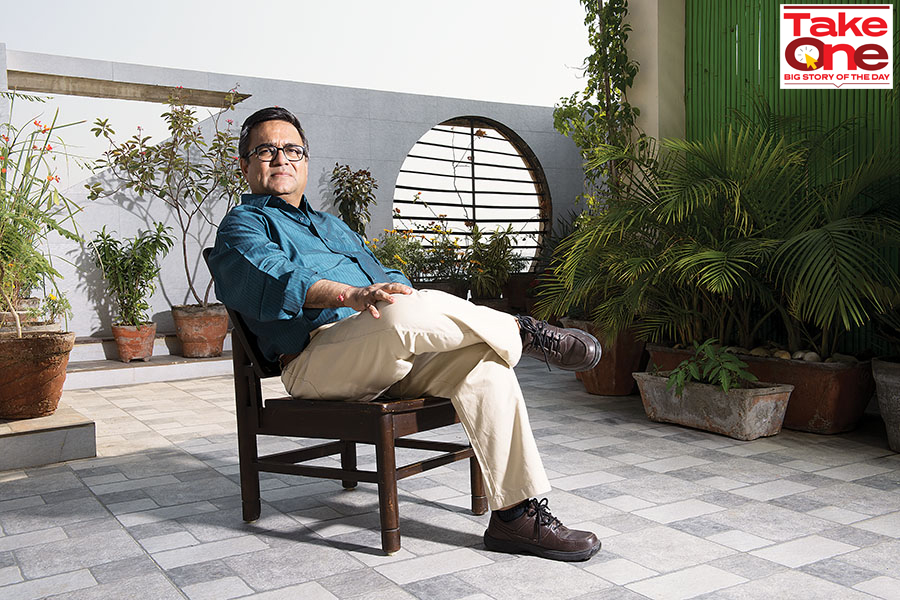 If 95 percent of startups fail, then what good is your age? How does then age matter at all?: Manish Rathi, co-founder, IntrCity RailYatri
Image: Amit Verma

A decade ago, when Manish Rathi and Kapil Raizada decided to start their maiden venture, both had strong reasons to do so. Raizada was 40, had over 15 years of experience in the corporate world and has had four ‘false alarms’ during his multiple stints with companies. Every time he got a job, he thought of scaling the company and growing vertically in the organisation.

Somehow, it never happened. In 2011, the IIT-Kanpur and IIM-Bangalore alumnus had just finished his fifth job interview with Amazon. The moment Raizada stepped out of the room, he knew he didn’t want to go back to the corporate world. “I told myself that it’s now or never. I had to start,” he recalls. Age was not on his side. His friend and colleague, though, had a different argument to take the plunge. If 95 percent of startups, Raizada reasoned, are destined to fail, how does age matter. “The equation takes out the age in one go,” he smiles.

The friends started RailYatri in 2011, spent a year working on the technology framework and mastering the domain knowledge, and opened the platform for public in 2013. RailYatri was a deep analytics platform providing essential information on train seats availability, delays, and stations across India. A year later, the company rolled out an app and started gaining scale.

The first three years were tough. Though the duo had weighed the odds before starting the venture, they were also aware of a grim reality. Venture money, call it risk capital, was not as free flowing as it is now for the founders. Scouting for every dollar was precious, hunting for the right kind of backer was a big pain, and the duo didn’t have a glowing story to sell. “When we went to investors, we knew they are not going to hear a sexy story from us,” says Raizada. “We had a realistic story,” chips in Rathi, adding that the problem they were trying to solve needed loads of patience. 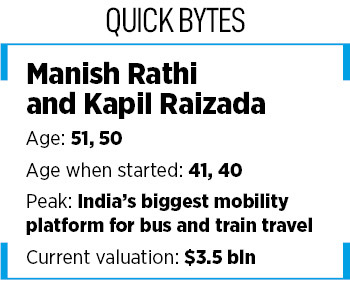 Many venture capitalists (VC), though, didn’t have the patience for a long-term story. Rathi recounts a funny incident. During the early days, when the co-founders pitched to a VC, he didn’t find the idea ‘exciting’. The business, he pointed out, lacked zing, and reckoned it was not solving a big pain point. The co-founders found the argument amusing. Millions of people, they stressed, use trains to commute, and RailYatri was trying to make their journey less harrowing. “If this is not solving for real India, I don’t know which venture would get funding,” says Raizada. Two days later, he got the answer. The same VC backed a dating app startup.

Meanwhile, RailYatri kept chugging along in its bootstrapped journey. In 2014, came the first institutional funding of about half a million dollars from Blume. What helped in getting funded was staying true to the ‘old-school way of doing business’. The co-founders remained frugal, stuck to a sedate pace of growth and kept the business cash positive.

Raizada points out a ‘not-so-obvious’ reason for their early success: The co-founders were in their 40s. The duo had traded corporate careers of over 15 years and disrupted their personal lives to take a stab at entrepreneurship. What this meant was not having the luxury of making many mistakes. The younger counterparts have more time. “When you are young, you can start and fail and restart,” he says, adding that one can even try doing it a couple of times. ”We only had one time,” he says. Spending a few years in their 40s and then realising that things are not working out is a criminal waste. “We didn’t have the time. That’s why it became all the more precious,” he adds.

In 2019, the duo added one more revenue engine, and rolled out inter-city buses under IntrCity. The name of the company was changed to IntrCity RailYatri, and last February, it raised funding of over ₹100 crore, led by Nilekani and other investors such as Samsung Venture Investment, Omidyar Network and Blume Ventures.

Two years later, Raizada’s bullishness on betting big on organised and branded bus services in India seems to be paying off. RailYatri IntrCity has become India’s biggest mobility platform for bus and train travel; has found big backers and raised over ₹200 crore so far. While RailYatri has over 14 million users every month, IntrCity operates a fleet of buses across 228 cities and serves 2.5 lakh passengers every month, claims Rathi. From a revenue of ₹5.5 crore in FY18, the company is now clocking a revenue run rate of over ₹100 crore for FY22, double of what it did last year. 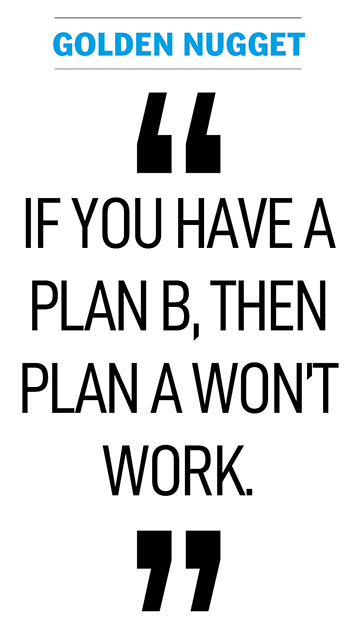 Now into their 50s, what has changed for the founders? Is the hustle still on? Do they still have the fire intact to take the venture big? Though Rathi reckons that nothing has changed in terms of ambition and vision, what has got tempered is the target. “We are more realistic,” he says. “We are not swinging our arms and saying that we can capture the world,” he smiles. What can be done, what can’t be done and what must be avoided is something that one can only learn by spending more years. “It’s more like swimming,” he says. One learns and improves only with time, and not by reading books on swimming.

Raizada, for his part, believes that starting late and then continuing with the journey has only added layers of patience. I think the younger generation, he reckons, wants to spend less time and expects faster results. “Fail fast doesn’t apply when you’re in 50s,” he says. A long innings, he underlines, can only be played when one builds a sustainable business. “We are still hungry for more,” he signs off. Age, it seems, has only whetted the appetite of the co-founders.

Tweets by @forbesindia
Photo Of The Day: Joy wins
Innovation is everyone's business